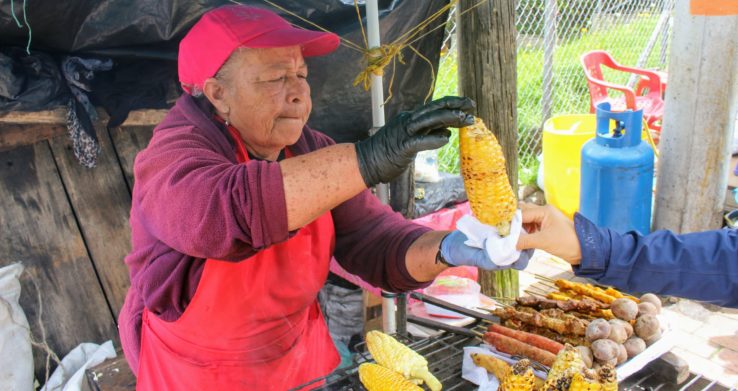 It’s called elote in Mexico. Mazorca in Colombia. In Ecuador and Peru it goes by the name choclo. Get your corn on the cob on the street, with cheese and mayonnaise on top. 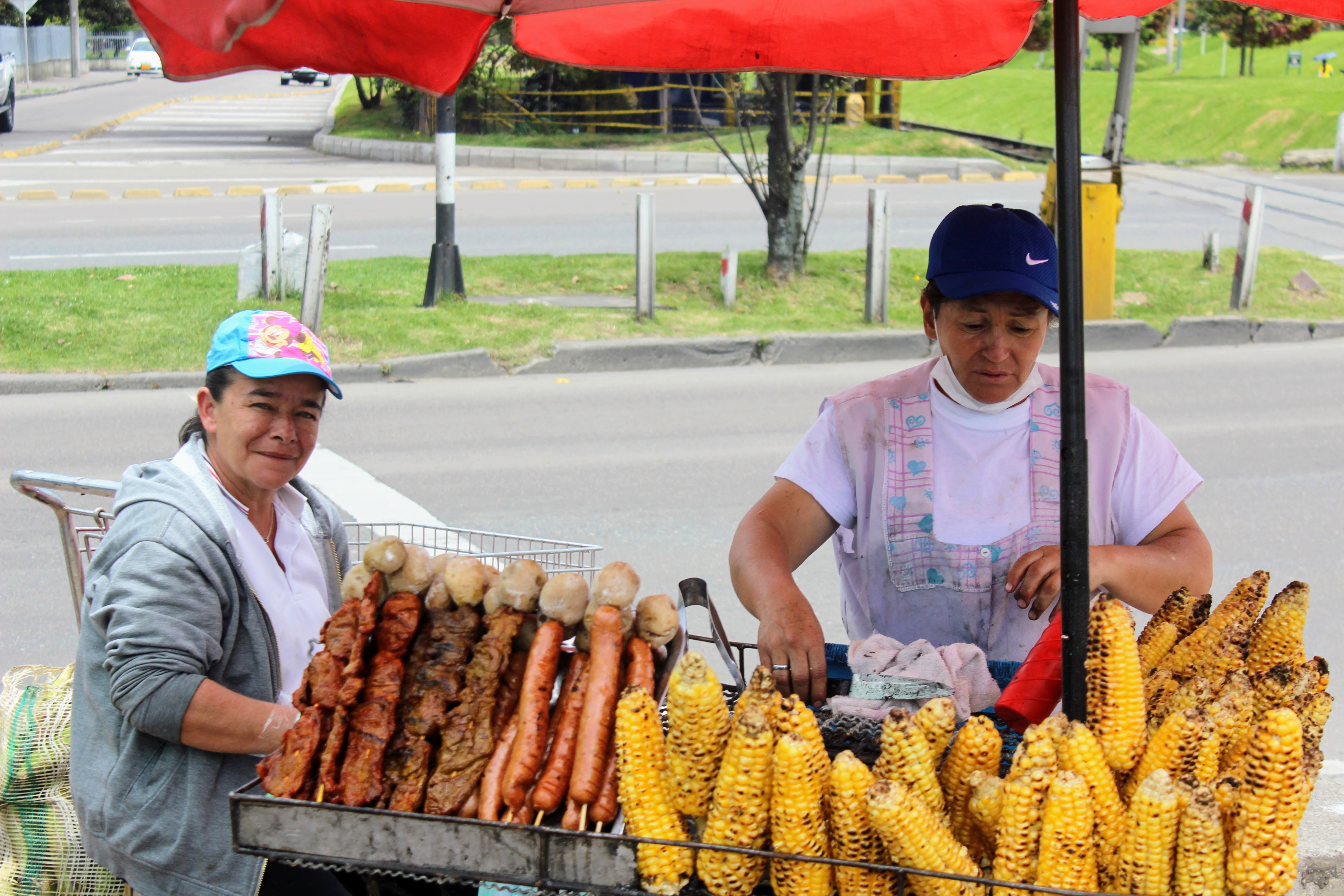 Or maybe with butter, and sprinkled with lemon juice.

Or better yet, sautéed with onions and chopped chiles, topped with lime juice and chili powder and served in a cup.

In a soup, as dried or popping kernels…

… or entire chunks of cob.

Mashed into dough, and steamed in plantain leaves.

As the base for arepas, those flat, round corn “pockets” popular in Colombia.

Turned into a drink.

If there is one thing that unites the residents of Mexico City, Bogotá and Quito, it’s the ubiquitous presence of corn on their streets and in their lives.

Growing up in USSR and then Israel, corn was never part of my world. Potatoes being the main staple food in our Russian Jewish home, I don’t remember my parents ever buying or cooking corn. I must have tried it at least a few times, but if I did, it didn’t leave any impression on me.

But this has changed during the year that passed since we set foot in Latin America. Starting from Guadalajara in Mexico, slowly making our way down to Peru, the road took us through cities and villages, highlands and valleys. And almost everywhere we went, corn is still vital to human settlement, just as it was for thousands of years before the arrival of the Europeans. Little by little my indifference turned to curiosity turned to awe.

Of all the grains consumed by humans, maize is probably surrounded by more legends and folklore than any other. Popol Vuh, the Mayan creation story teaches that the first grandparents of people were made from white and yellow corn. For Maya people living between Yucatán and Guatemala, Maize has been sacred because it offers a connection with the ancestors, feeding the spirit as well as the body.

According to an Aztec legend, before the arrival of the god Quetzalcoatl, the Aztecs only consumed roots and game animals. They did not eat corn because it was beyond their reach, hidden behind mountains. So Aztec people sent their priests to ask Quetzalcoatl to help them get the corn. He agreed.

All of the other gods had already tried and failed to move the mountains by using force, Quetzalcoatl instead transformed himself into an ant, made his way toward the mountains, found the corn, took a grain between his teeth, returned to his people, and handed over the grain of corn to be planted.

But that grain of corn won’t shoot sprouts without rain. For this you need an assistance of another god. For Aztecs, that was the role of Tlaloc, the god of rain, the one with circular eyes, to the right from Quetzalcoatl.

But it’s not just the mythology and history of corn cultivation and consumption that is fascinating. Gradually, I have come to see how awesome maize itself really is. 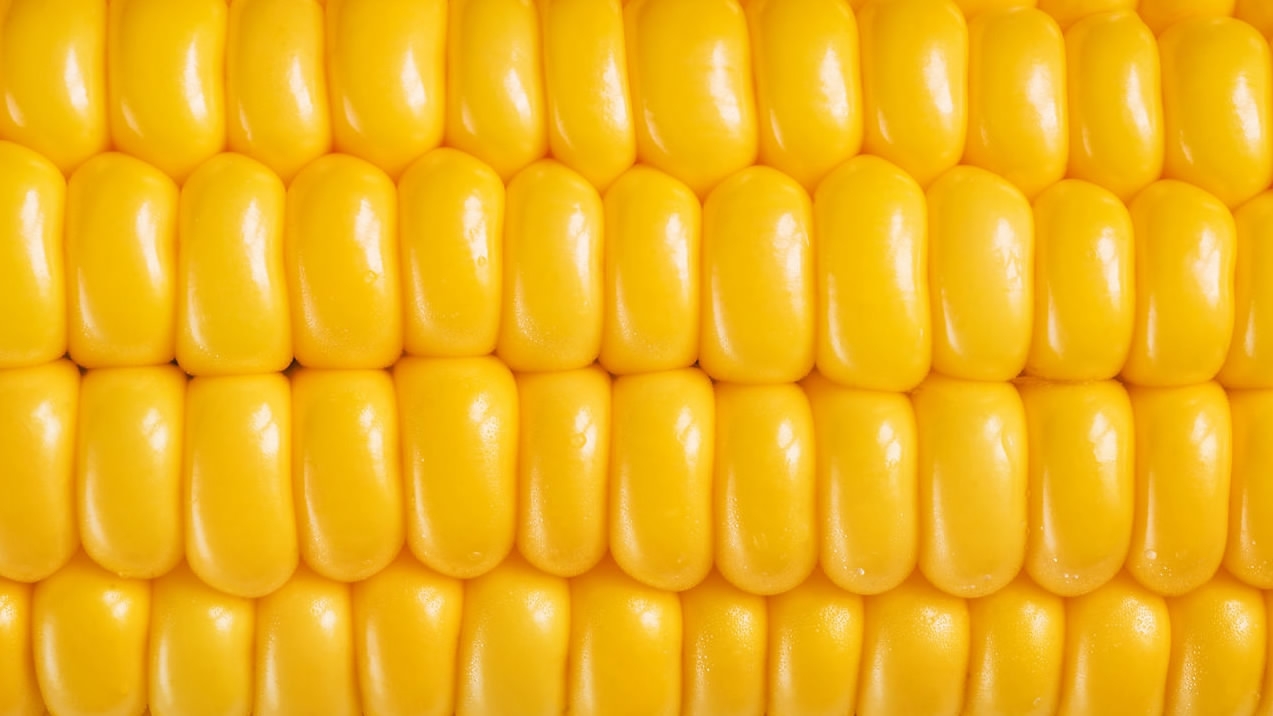 Just look at it. It’s unlike anything else I’ve ever seen. Rows upon rows of kernels sitting tightly on top of each other. Like a city wall made of bricks. Like a horde of tribesmen holding defense. Like a golden shirt of scale armor. Each kernel too small to count, but together can sustain a family, a civilization.

Take a bite. Sink your teeth into it. You made a dent, but you still have a long way to go, so choose your next dig. Do you move from top to bottom or rotate it around its axe? Don’t hurry, give it a time, respect its symmetry. Is there anything else that feels, that tastes like that? It’s completely alien. 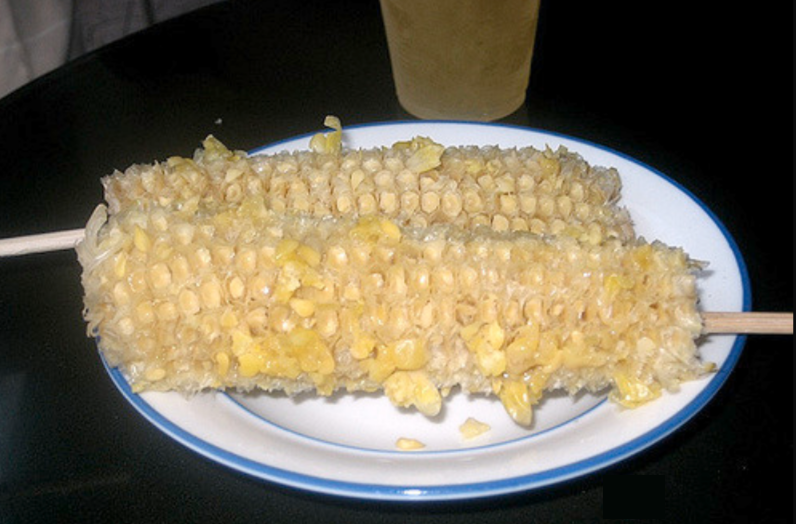 And what’s left after the corn is eaten? A burial ground. Each kernel, however small was its contribution, leaves a mark. Its path in this world acknowledged, remembered. A cemetery of fallen soldiers.

Corn husks also have a role to play in the communal effort. In Mexico they are used to wrap tamales. One artist from Queretaro makes a living by painting over dried corn leaves. 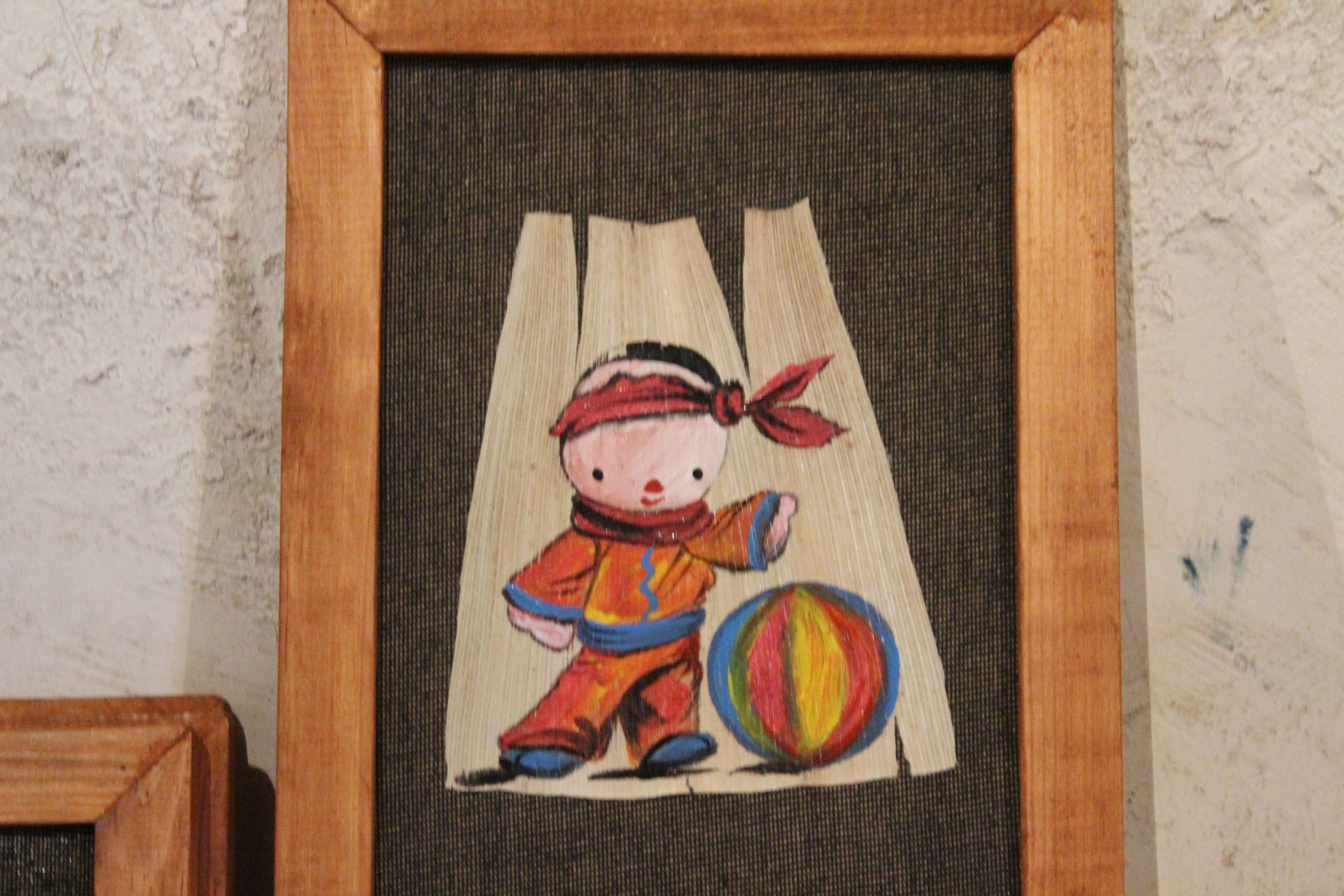 Is it any wonder that corn and its place in culture fascinates Latin-American artists?


I have often asked myself why the culture here feels so grounded and potent. By now, at least one piece of the puzzle is in place.