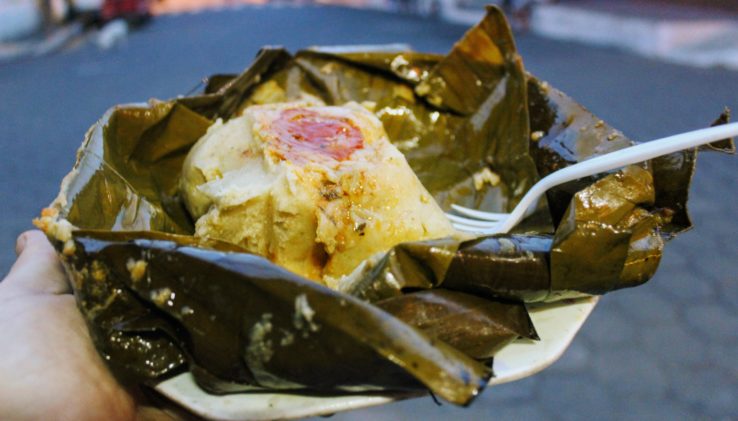 Ever since we came to Nicaragua we heard about nacatamales, a traditional Nicaraguan dish of indigenous origin. But restaurants rarely serve it, as it’s considered a family weekend dish. So to get a taste we decided to go to Catarina, a small town not far from Granada, whose locals, as rumors would have it, sell homemade nacatamales right from their houses.

“Vamos a Catarina”, I told a taxi driver that afternoon. Finally feeling some air move through the windows and over my face, I opened a can of san pellegrino, which those days I came to depend on to refresh myself. Catarina is a small town of 8000 people that lies on the other side of Laguna Apoyo. Half an hour later we were in El Mirador Catarina, the highest point of the town. 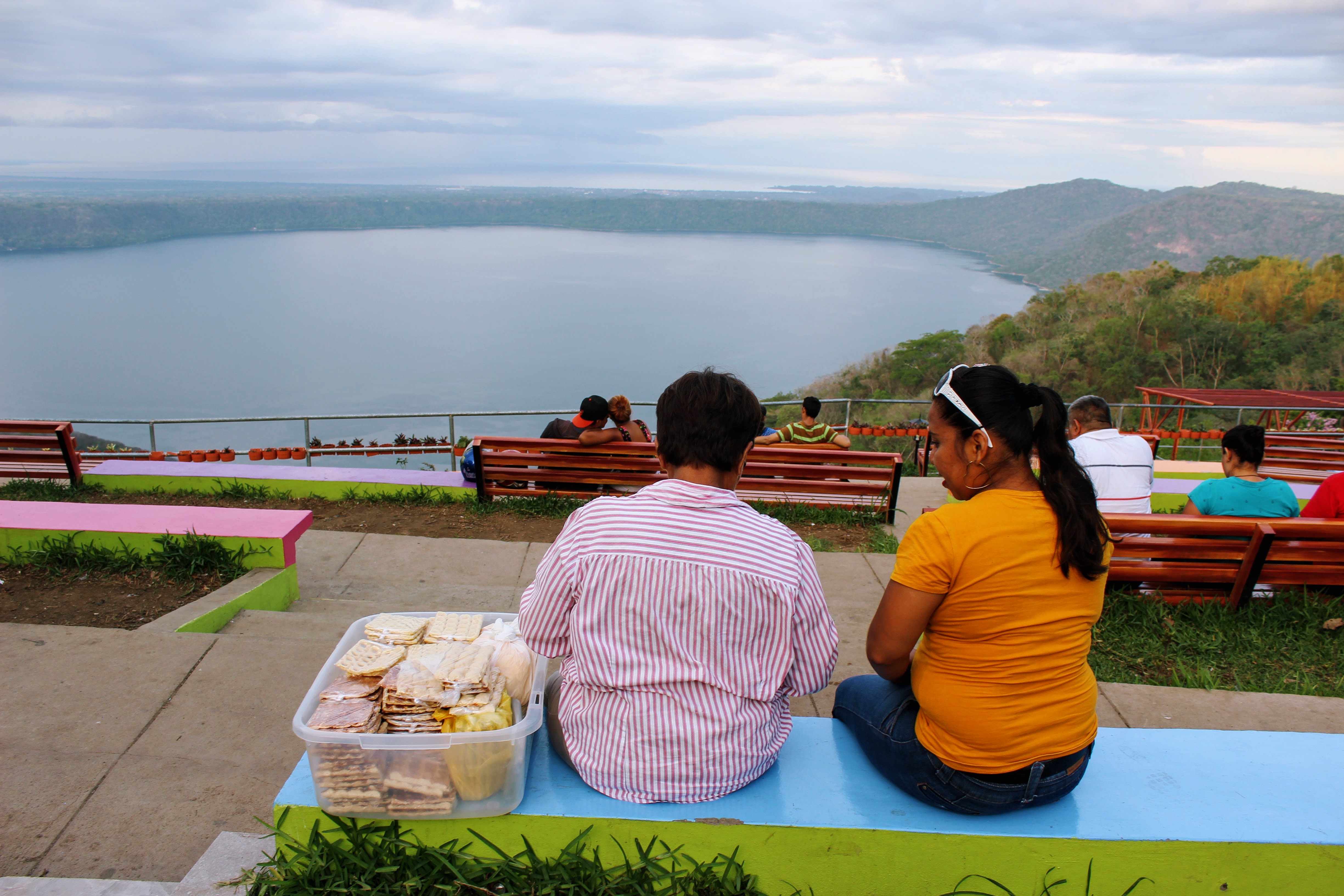 From here, the view of the nearby Laguna Apoyo is unparalleled.

Leaving the viewpoint behind, we passed through an artisanal market on our way to the center of Catarina. There are more than 100 businesses that cultivate and sale ornamental plants and flowers in the town, as well as wood and bamboo furniture workshops. 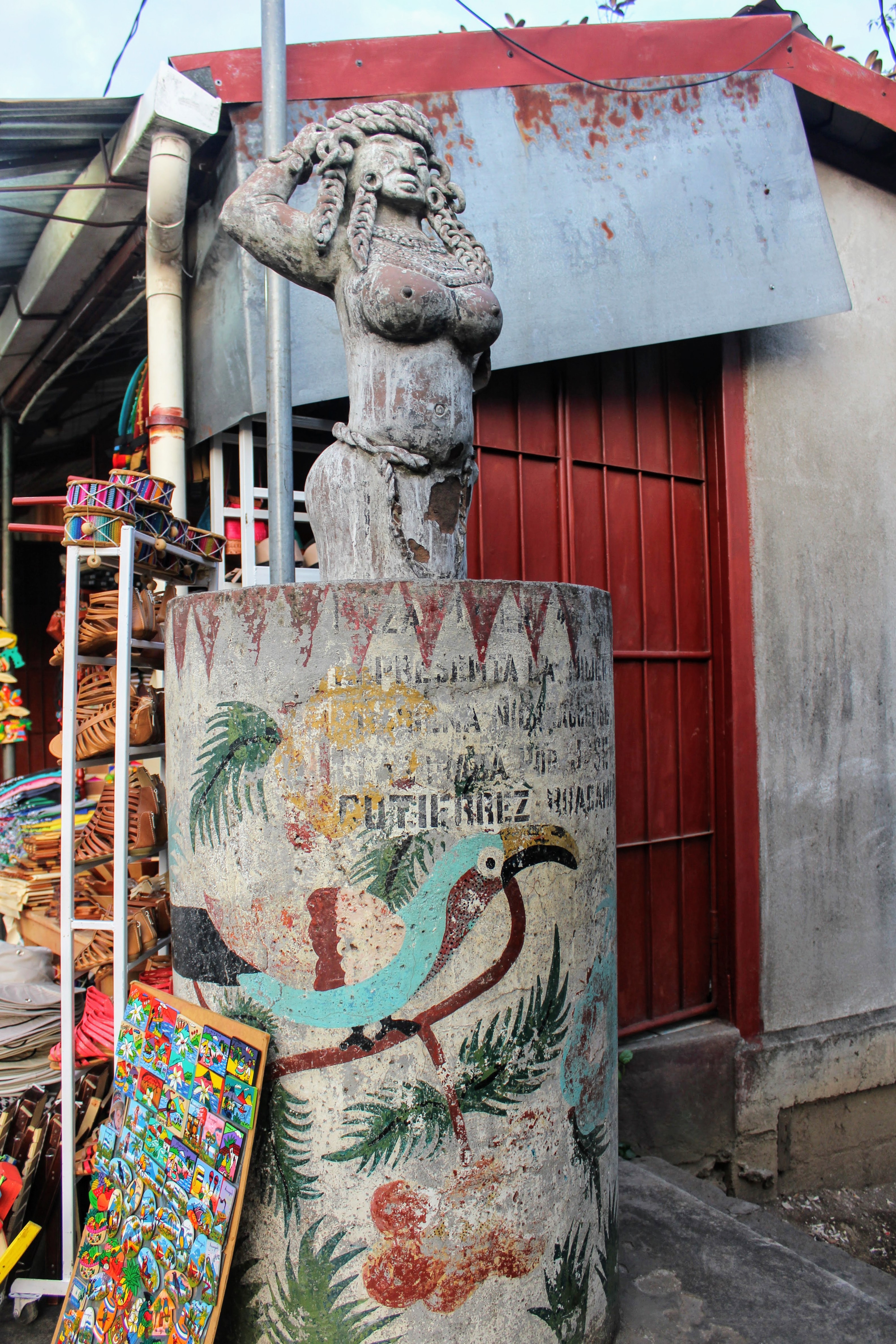 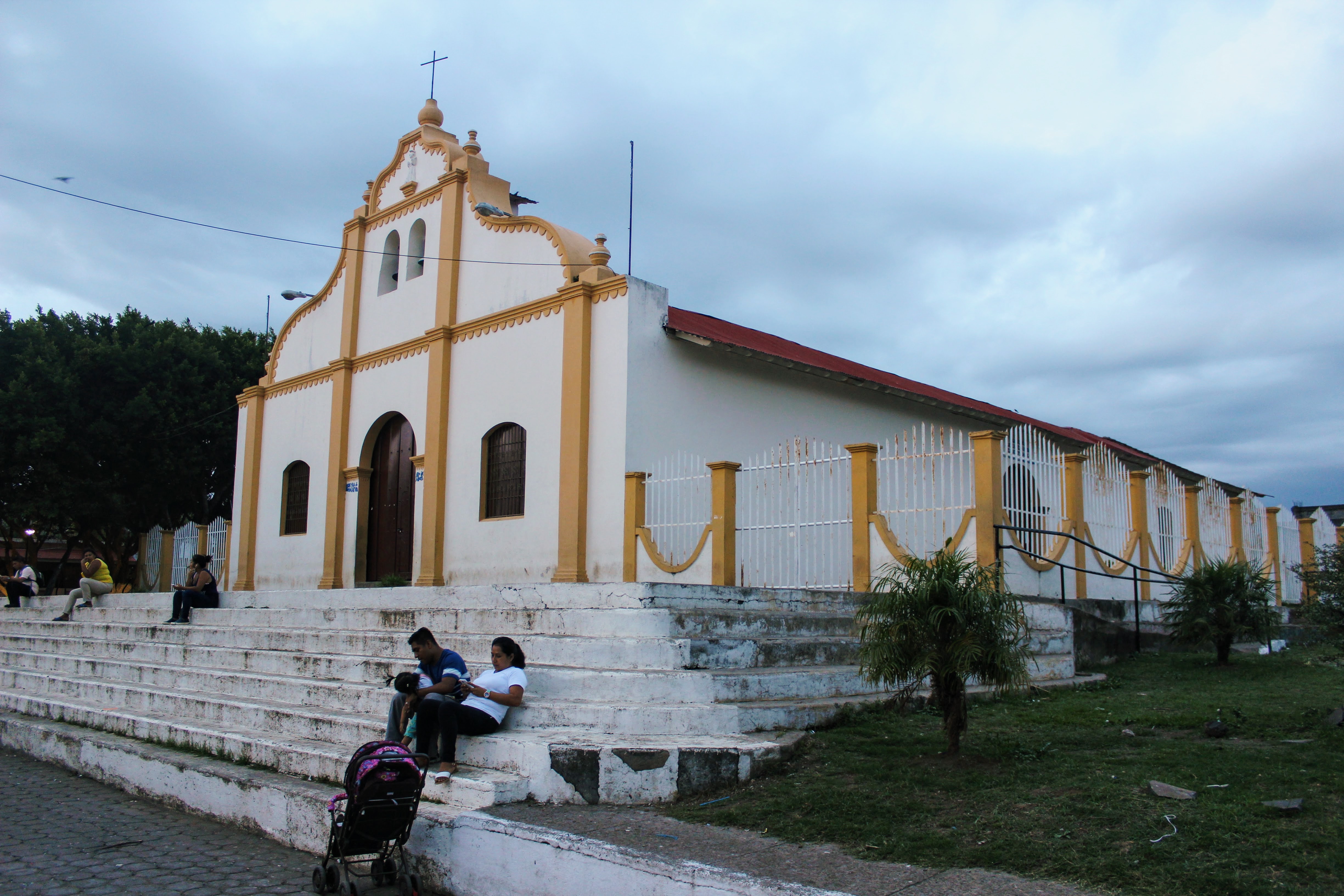 The figure of a man with the Nicaraguan flag in the central square looks more like a toy than a solemn monument. On its base, the hymn of Nicaragua is inscribed. 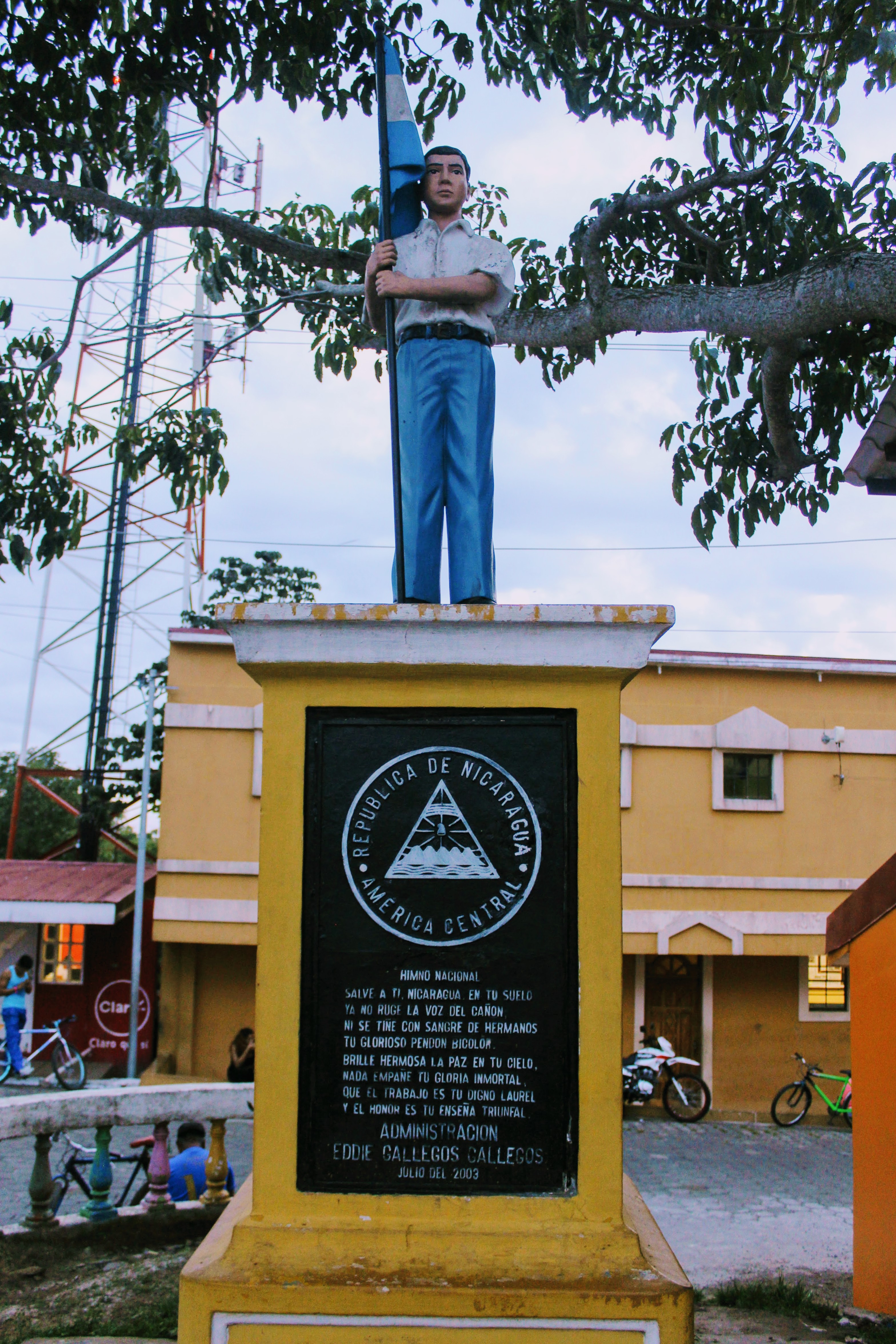 Hammocks hanging from roof canopies, rocking chairs standing in front of homes’ open doors. I’ve come to associate these pictures with Granada, but other towns in Nicaragua are no different. 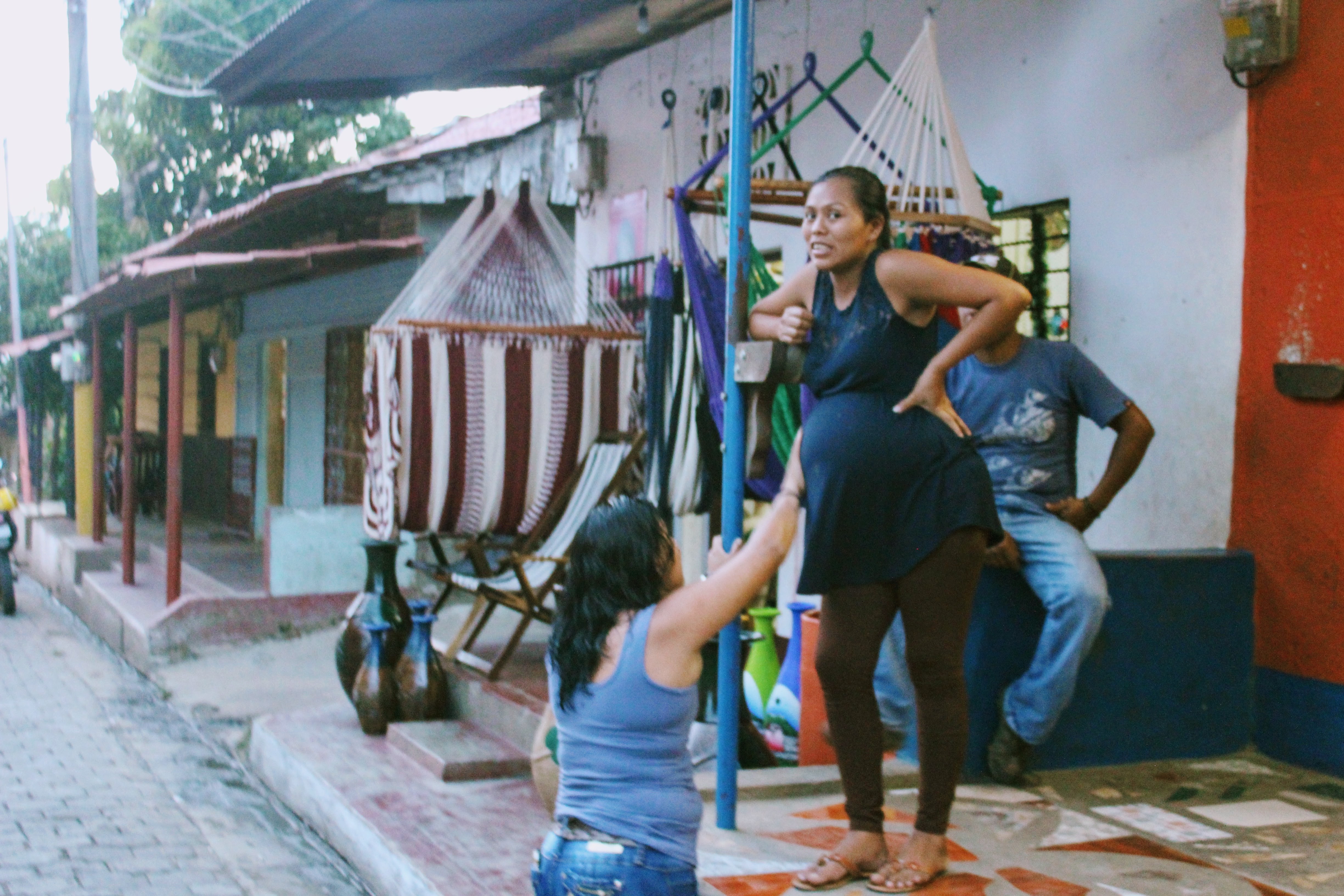 Soon we started seeing placards on house windows. Many residential homes were advertising their nacatamales.

We peeked into one house. At the entrance girls were drawing on the floor. A woman with a toddler in her hands invited us in. 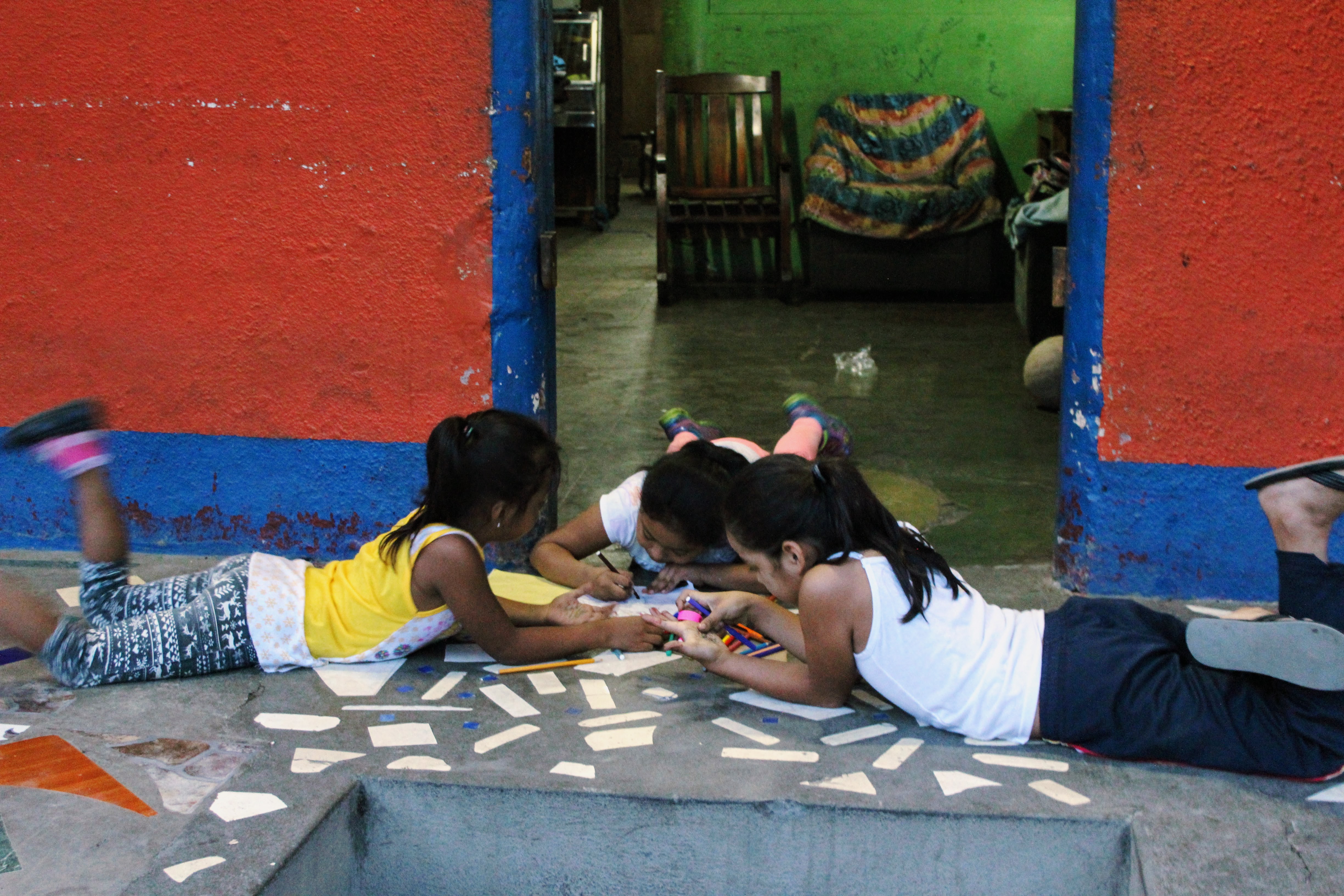 While the woman went to the kitchen to bring us an already prepared nacatamal, we were wating inside the house. Raw concrete walls and a slate roof. This is how poverty looks in Nicaragua. 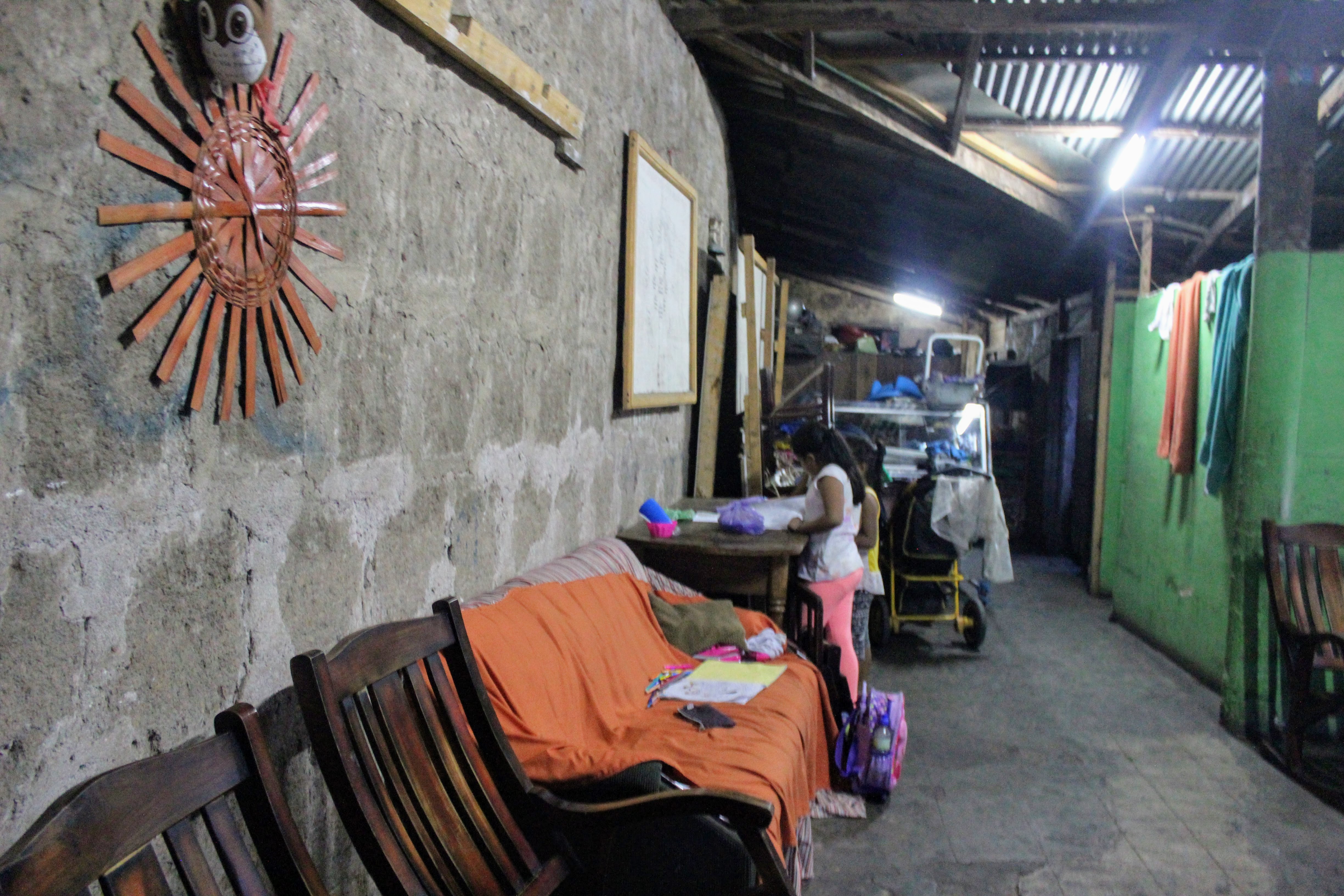 Soon the woman was back, carrying a plate of something resembling a large stuffed vine leave. Like tamales in Mexico, nacatamales consist of a corn-based dough mixed with milk and lard. But in Nicaragua they are also filled with potatoes, green peppers, onion and topped with pork. And unlike their Mexican cousins which are commonly wrapped in corn husks and steamed, nacatamales are instead wrapped in plantain leaves and boiled. 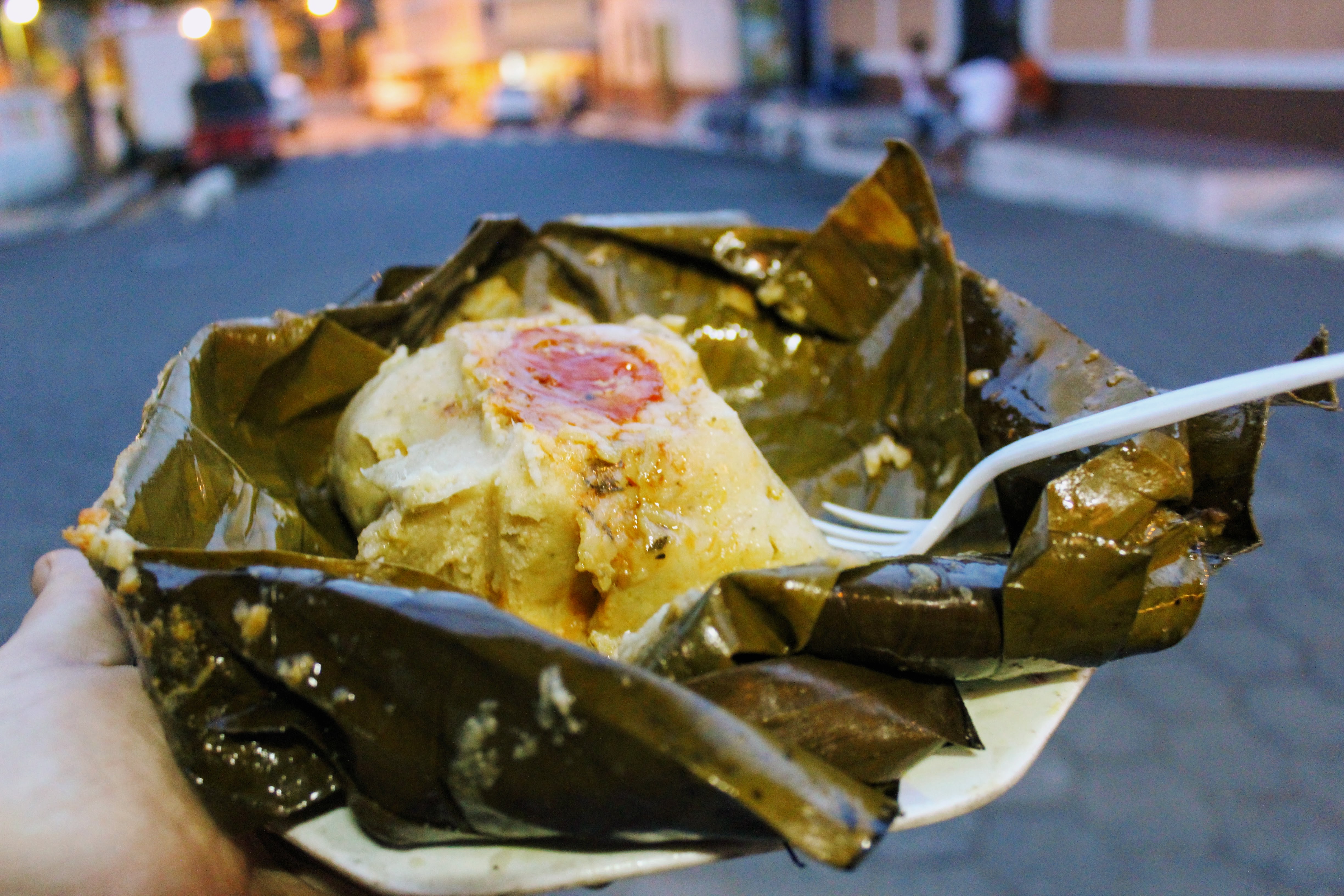 Sitting on the front porch of the house, we opened the plantain leaves and I took my first bite. 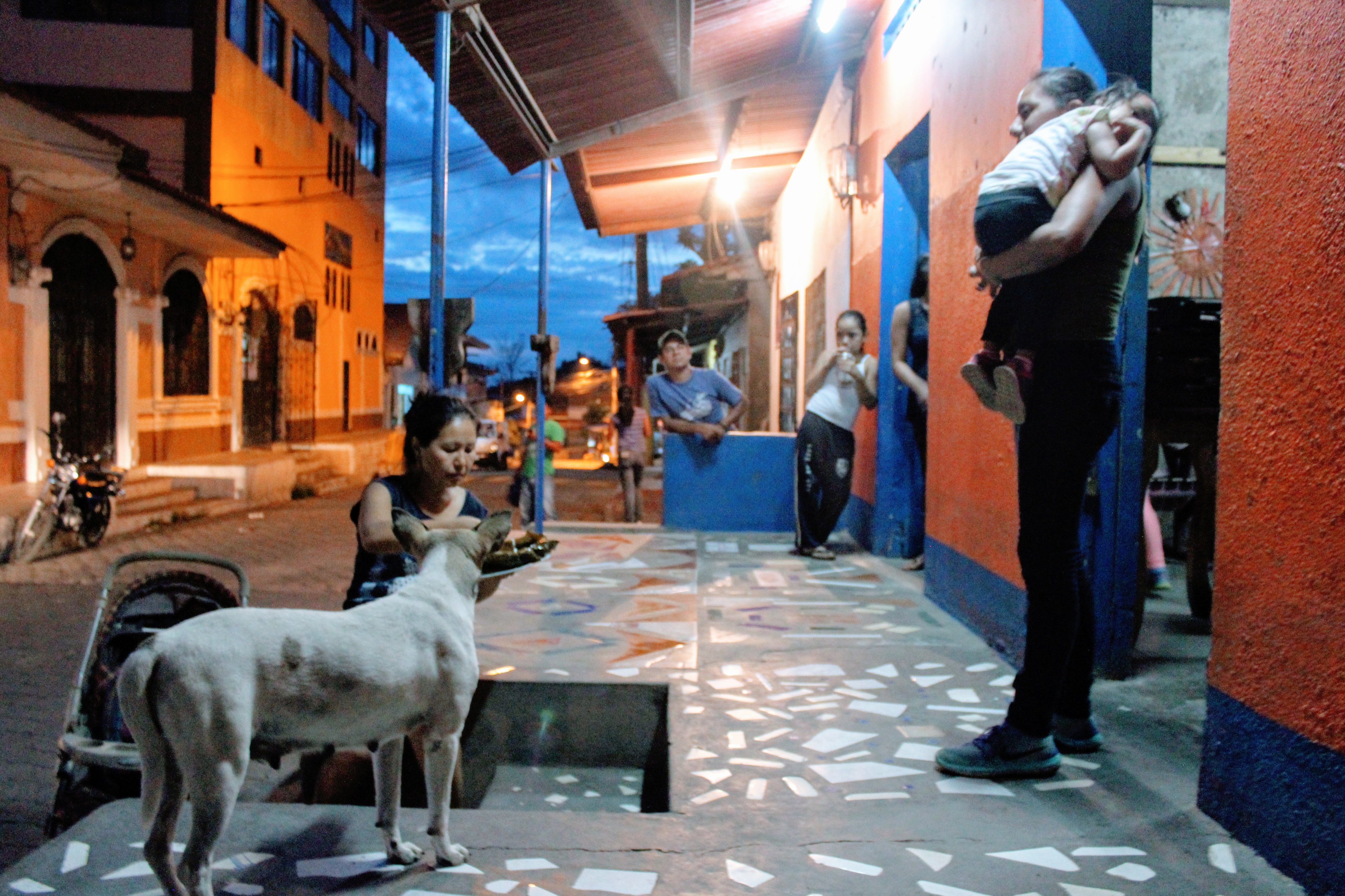 Sorry Mexico, I adore your tacos, but your tamales have nothing on nacatamales. With every bite revealing a new sensation, nacatamales are in every way superior to the homogenous and somewhat bland taste of the tamales we tried in Guadalajara. For some reason, maybe due to its texture, the nacatamal reminded me of the Jewish gefilte fish, even though nacatamales don’t have a shred of fish in it.

The night crept unnoticed. Full and happy, we made our way to the main road out of Catarina, occasionally peeking into lit houses.

Many months have passed since that evening, but I still have fond memories of that one nacatamal we had on that porch. Don’t leave Nicaragua without trying it.