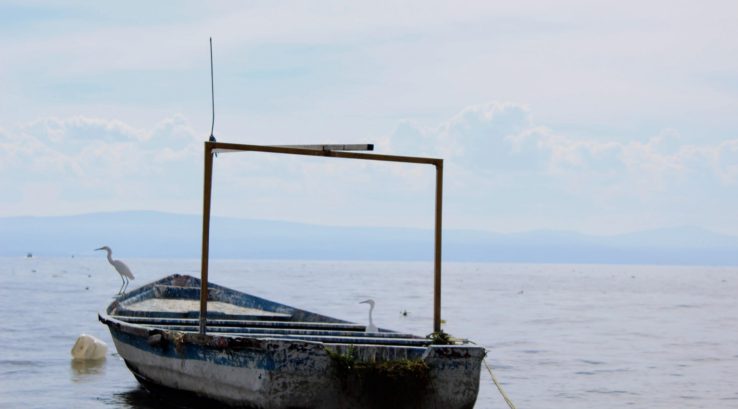 The biggest lake in Mexico, Lake Chapala and its coastal towns attract many expats due to its comfortable climate. But what it offers travelers isn’t immediately obvious. So one weekend we took a car from Guadalajara and drove south to discover it ourselves.

White pelicans come all the way from Canada to spend the winters on the lake. These ancient birds look especially primal when they gather together. 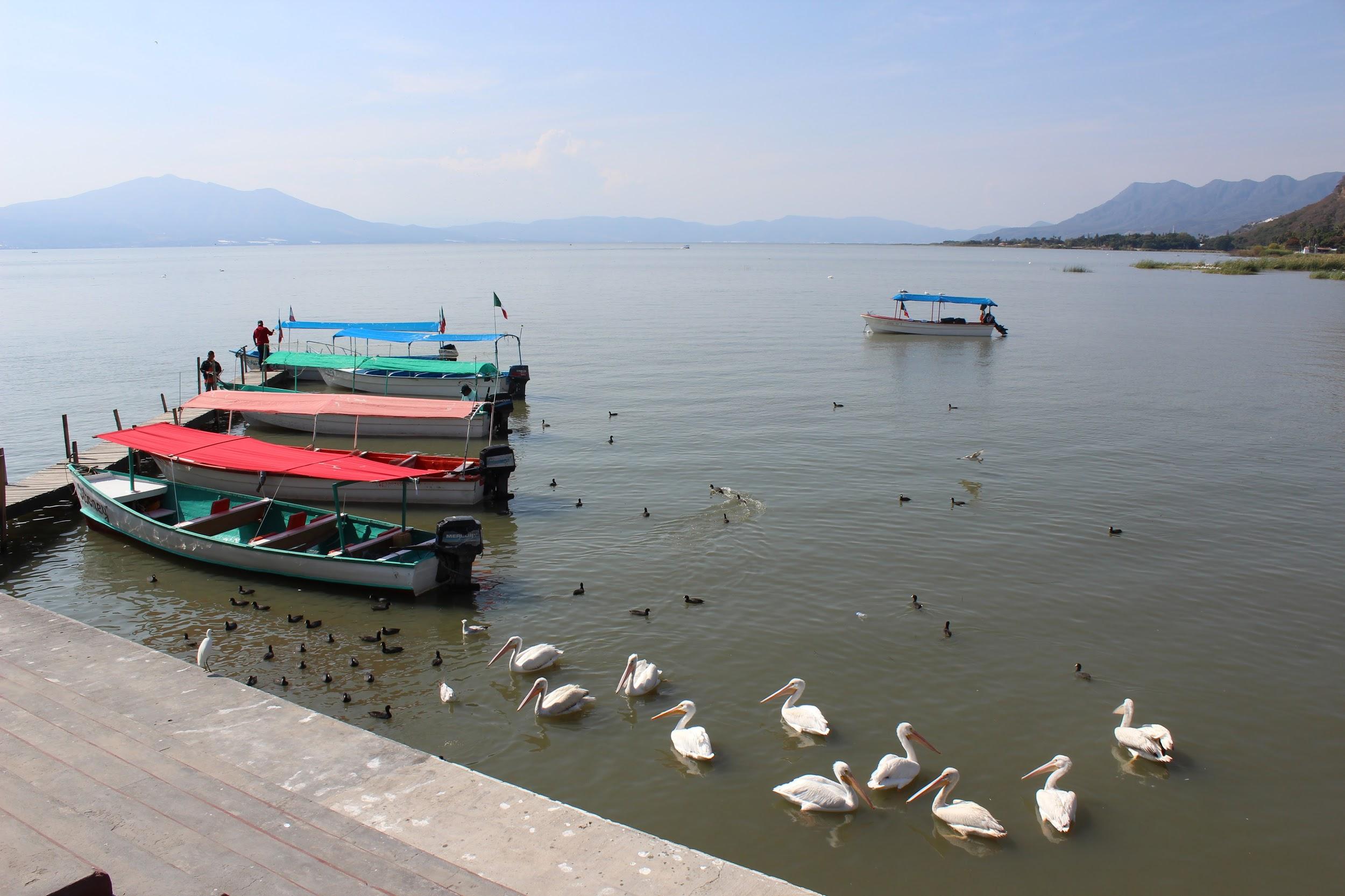 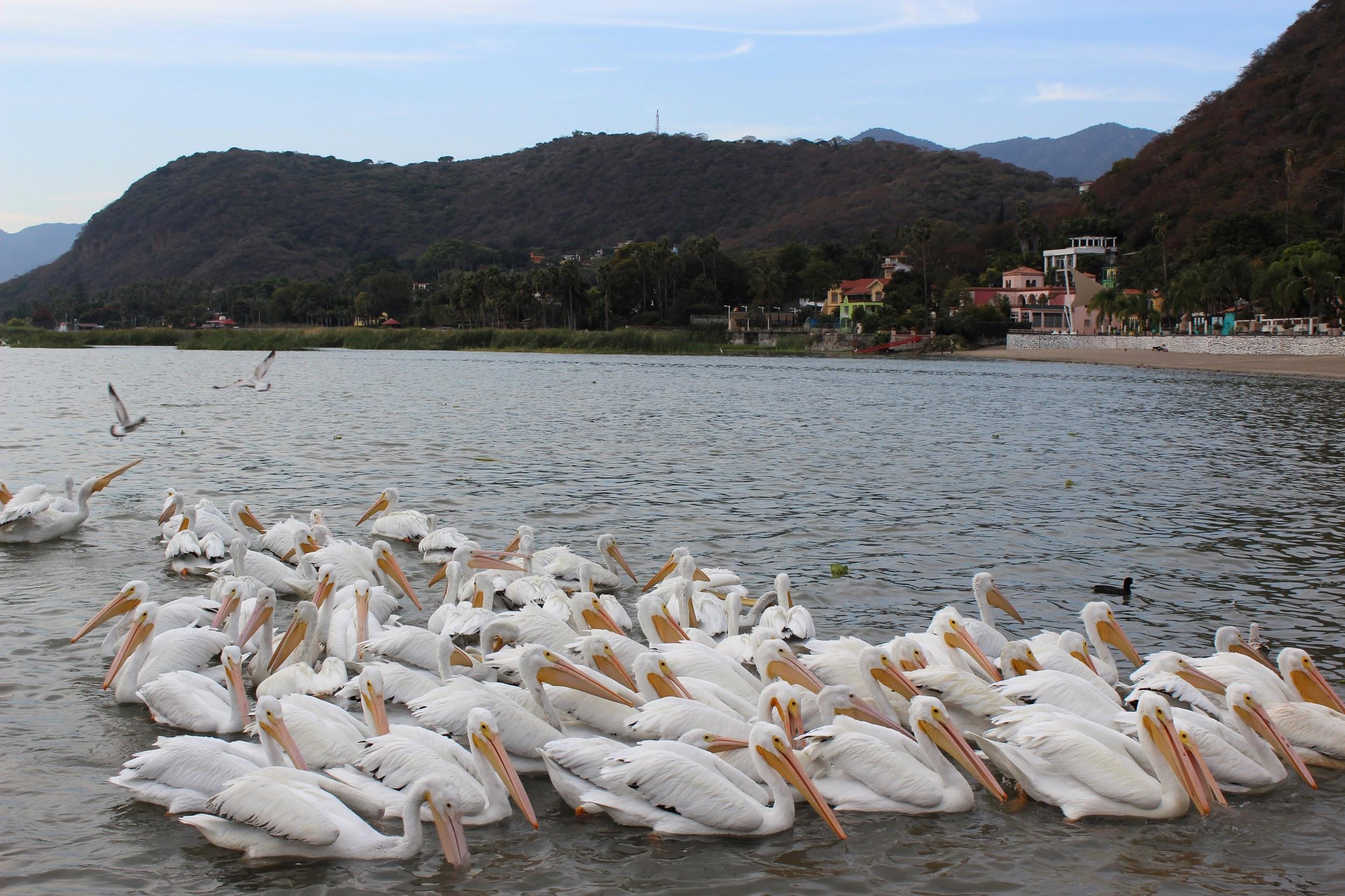 The town of Chapala, the gate to the lake is a small and pleasant Mexican town. 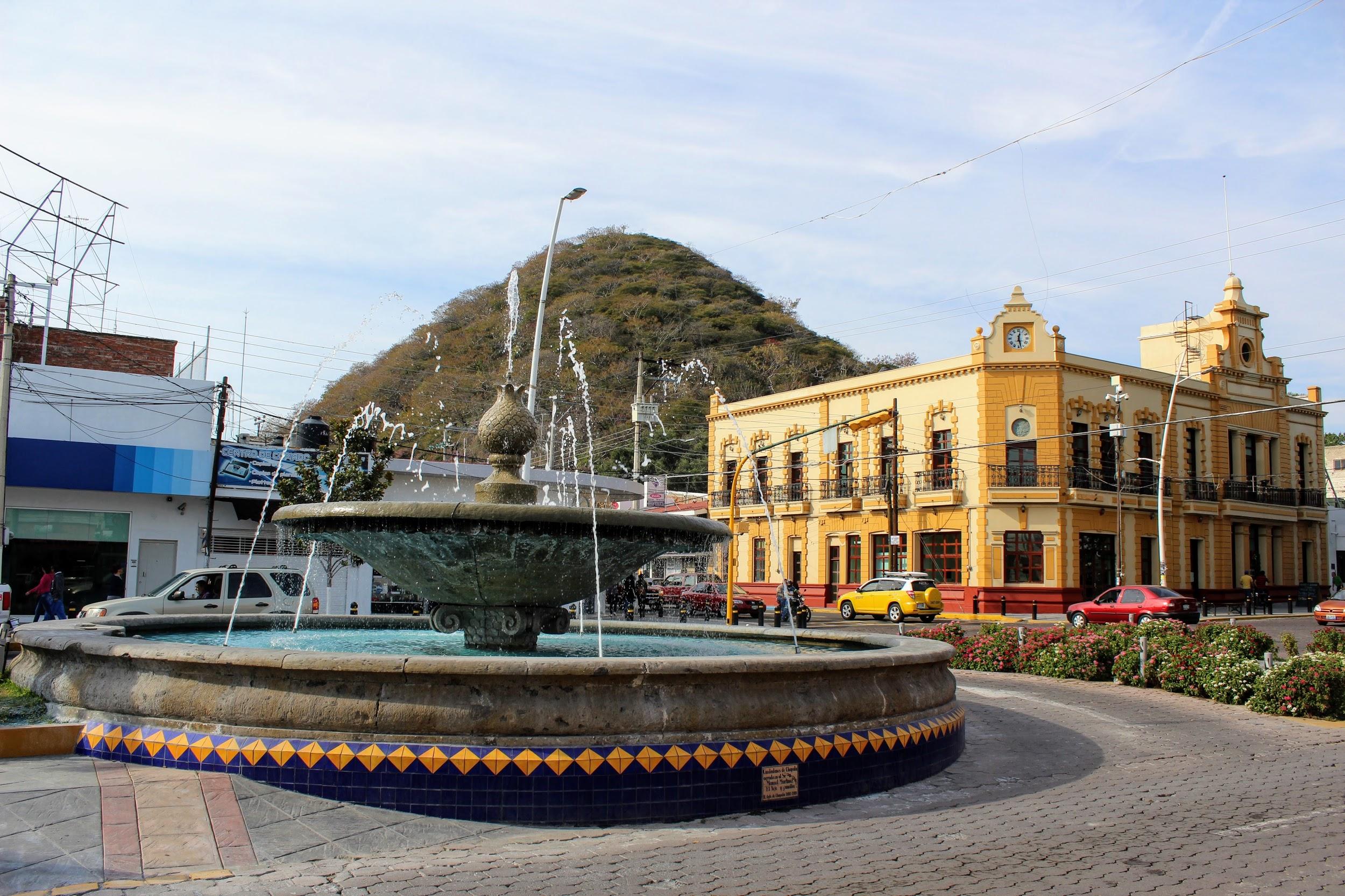 Not big enough to have a central square, its colourful houses, colonial architecture and a cute promenade make up for it. 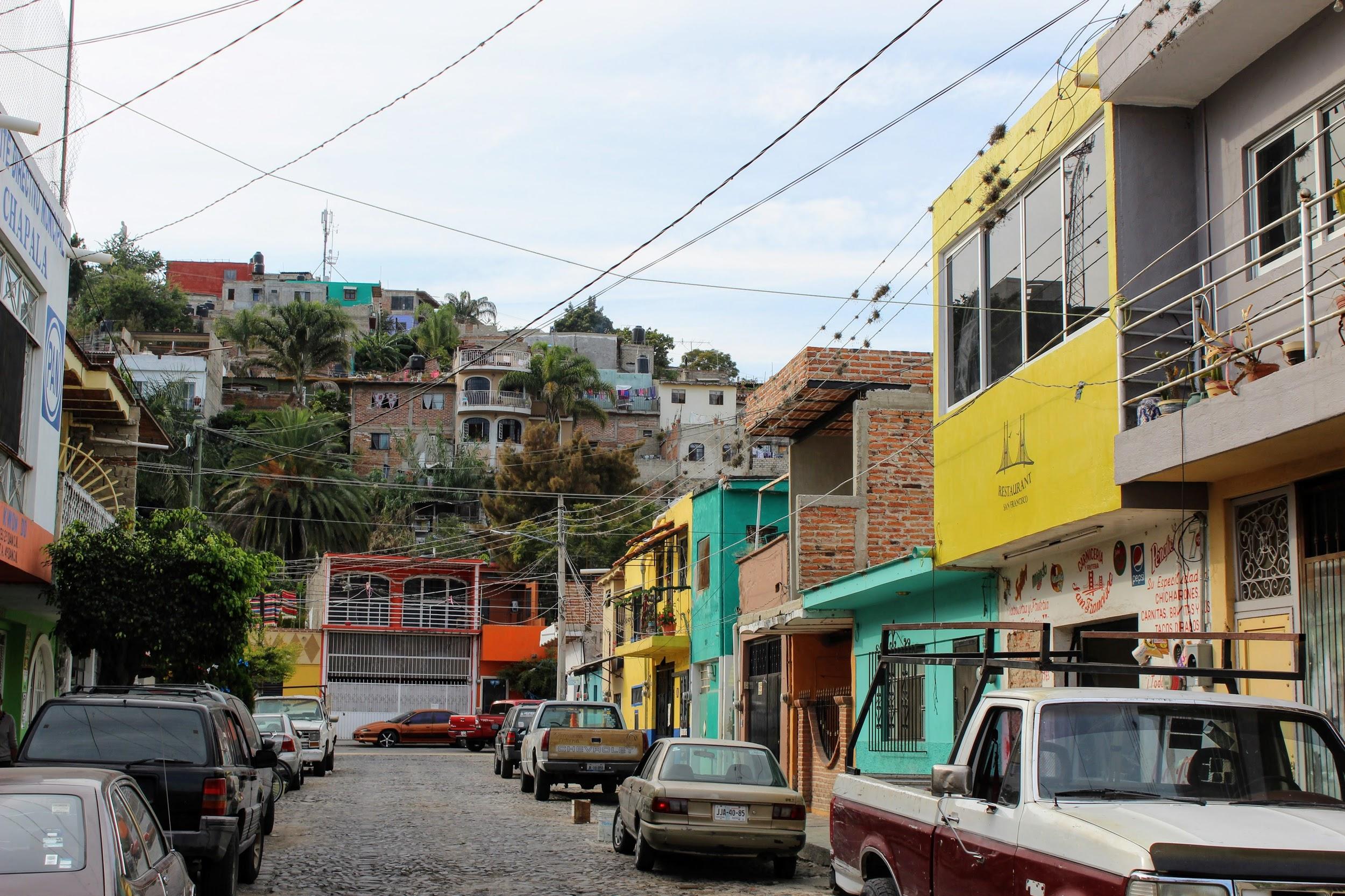 If you get to visit it during Christmas, expect to encounter full-size biblical figures and endless rows of Nochebuenas, the ever popular red flower used in Mexico as a decoration during christmas time. 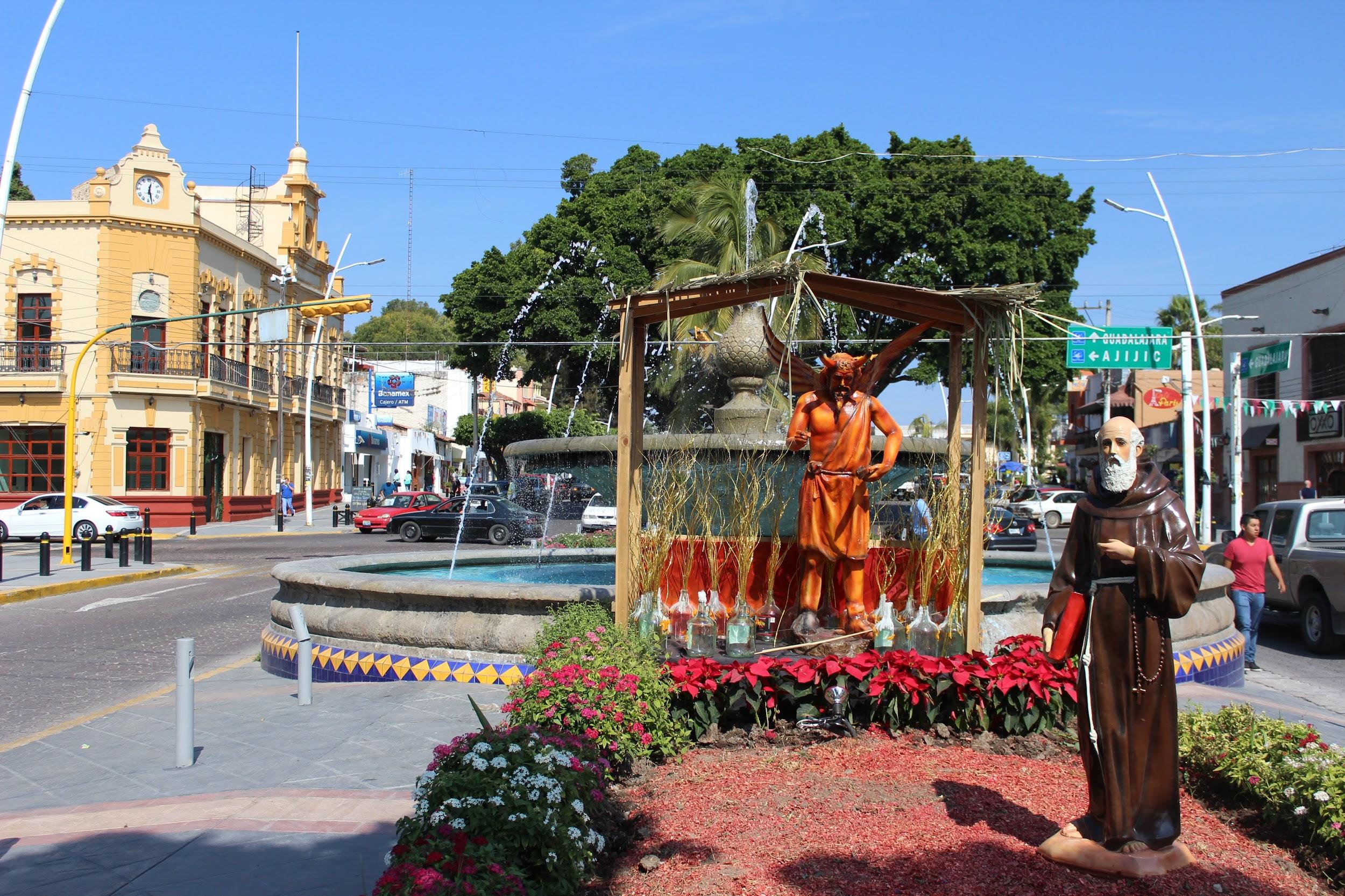 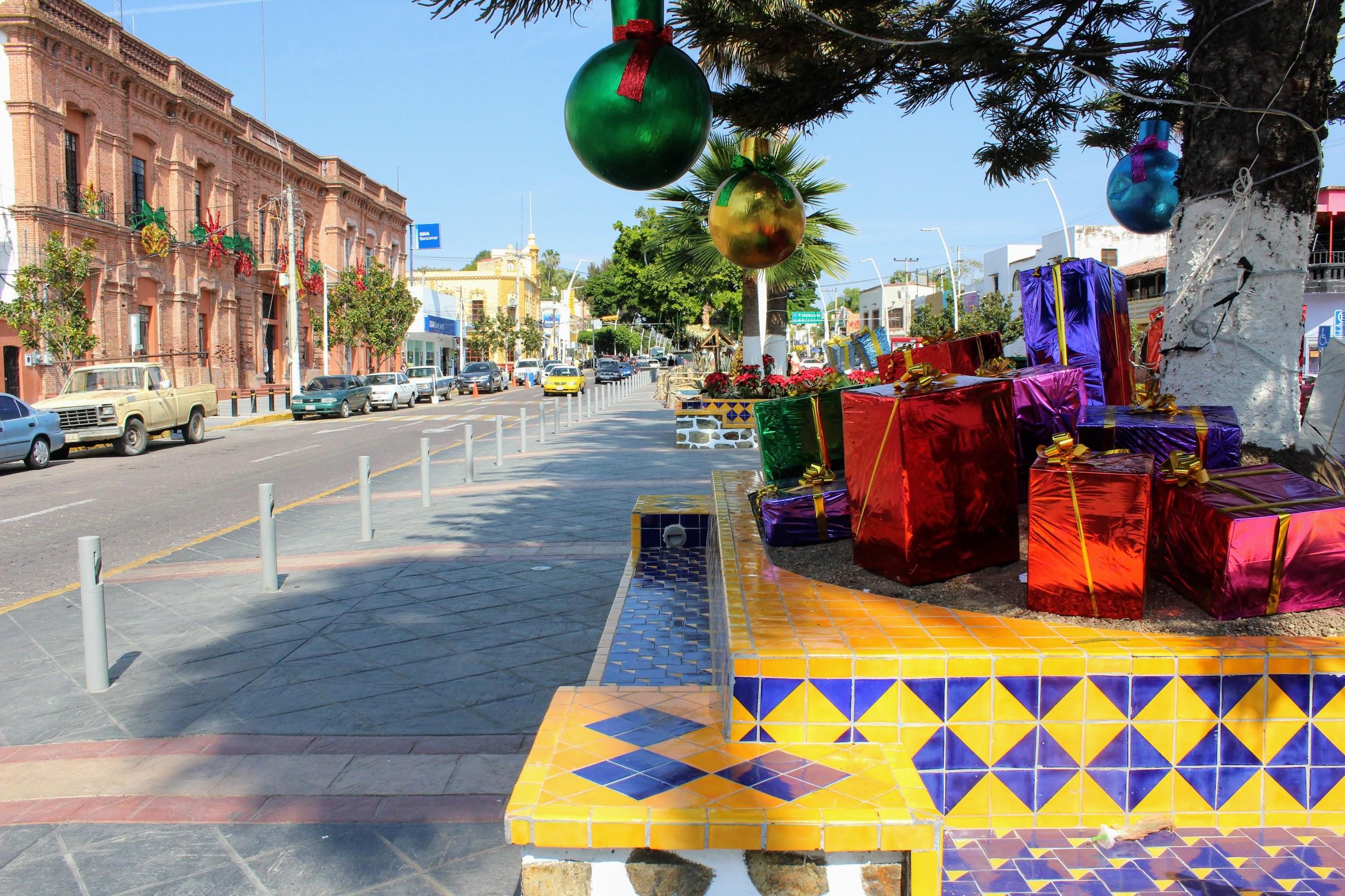 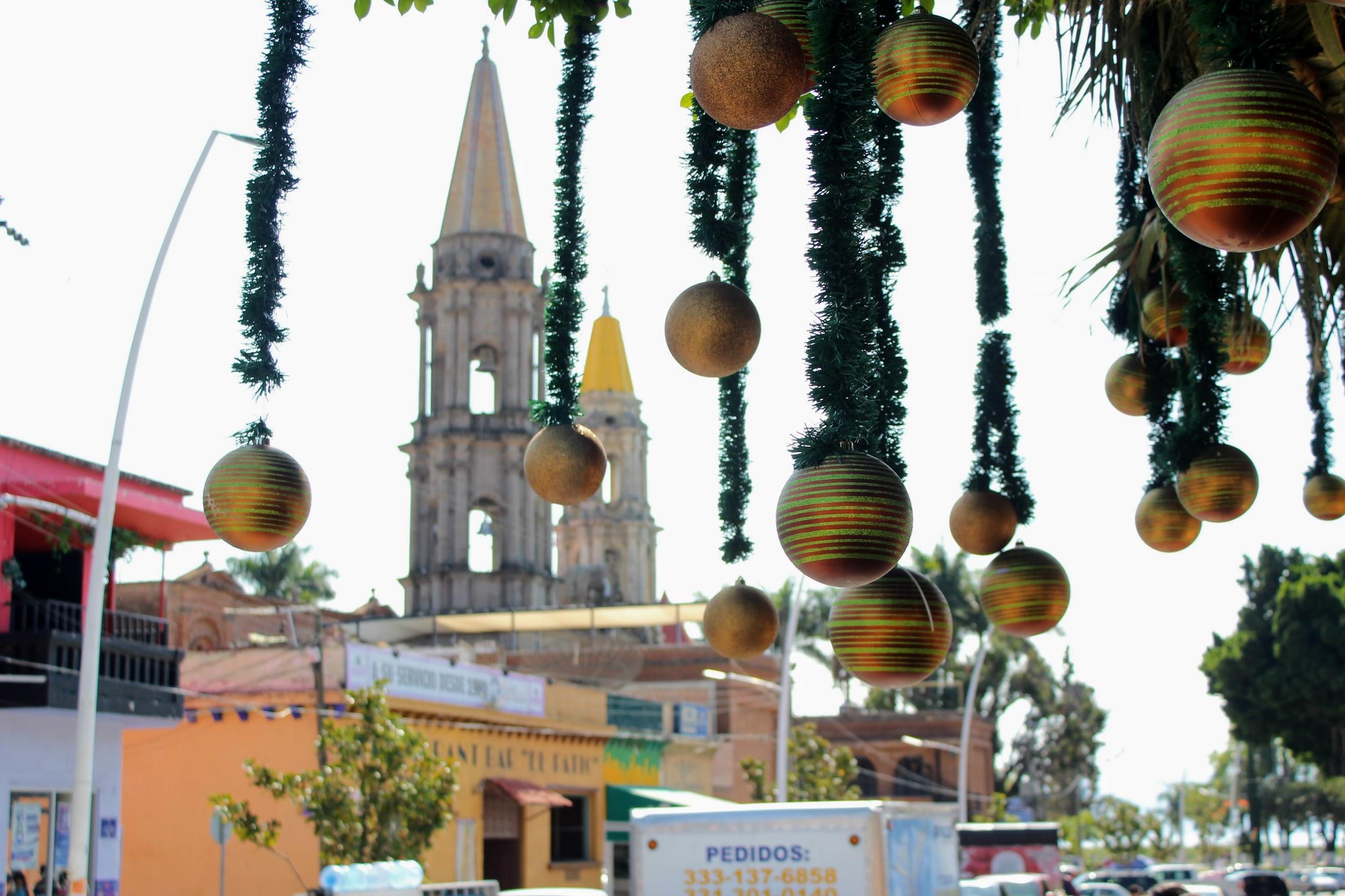 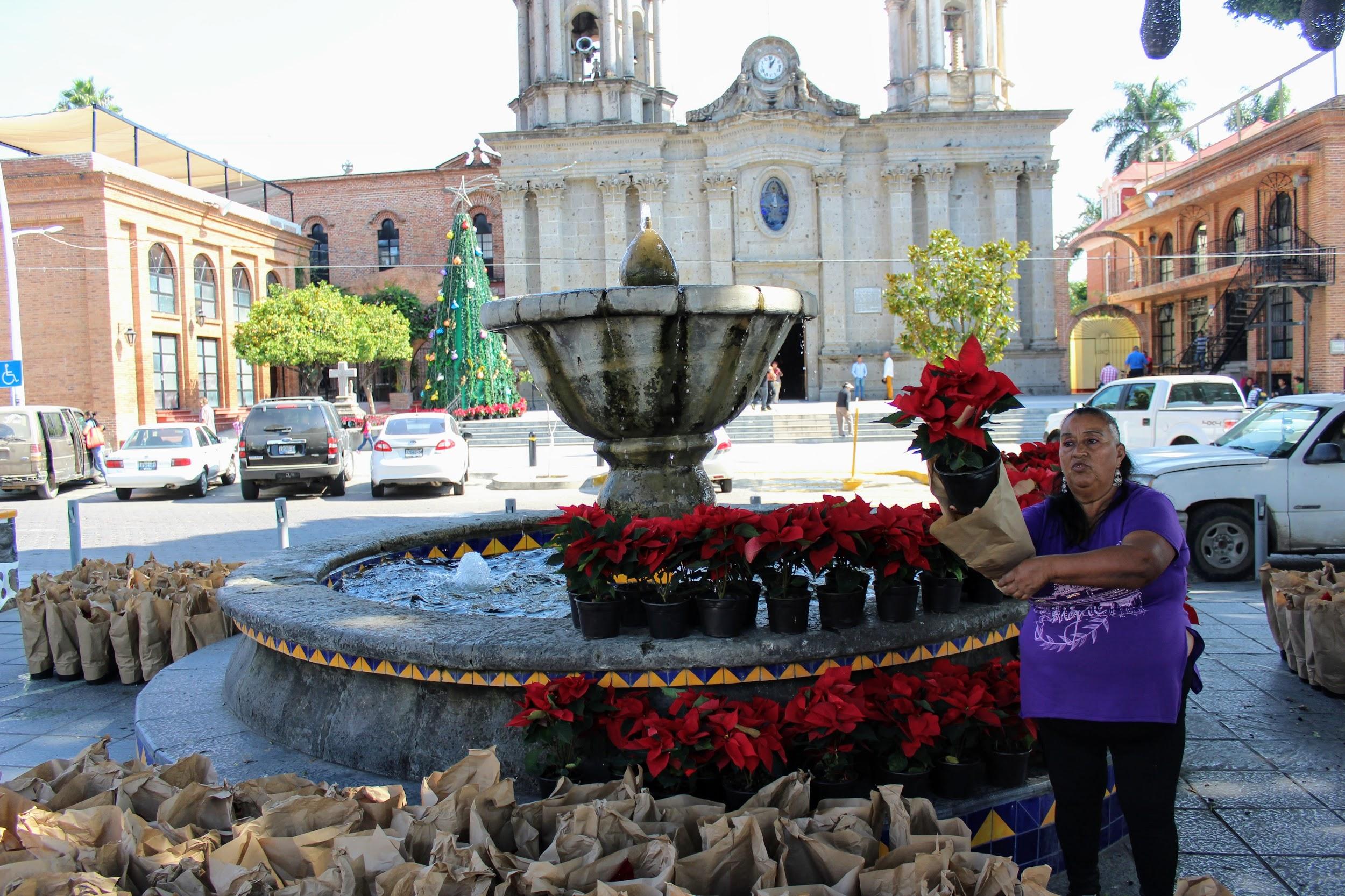 If you wander towards Chapala promenade, you’ll probably see a long post. And if you are lucky, you’ll see 4 or 5 men on it. And I bet that for good 10 minutes you won’t be able to tell what those men, stuck high up on a 30 meter poll, are doing. This ancient mesoamerican ritual used to be performed to summon rain. Today, voladores (“flyers”) do it for a living. The ones we caught on the coast of Chapala have come from Vera Cruz, the birthplace of the ritual. 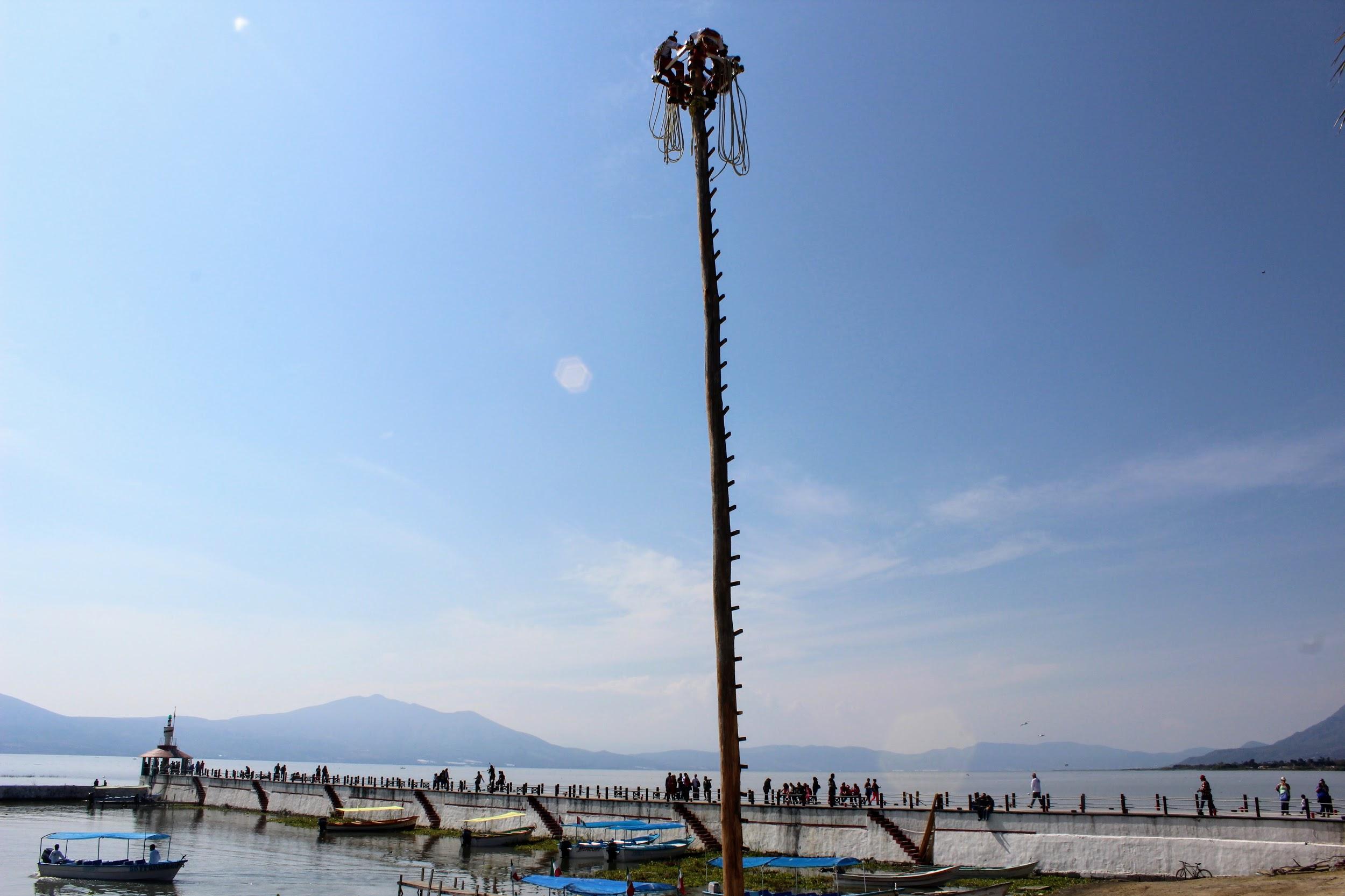 Walk into churches, stroll through old fortifications, peek into open doors on the streets of Mexico, and you’ll see celebrations. That weekend we witnessed women of different ages celebrating the reaching of a new stage in their lives. Baptisms and weddings don’t need an explanation, but Quinceañera does. An old mesoamerican tradition dating long before colonization, it’s celebrating a 15-year-old girl reaching womanhood. Today widespread throughout Latin America as a purely symbolic celebration (Jewish Bat-Mitzvah comes to mind), originally it was about preparing the young woman for marriage, with older women teaching the youngster to cook and stitch.

Celebrations in Mexico don’t end with death. If you need a proof, just visit the cemetery of Mezcala, a small town on the lake, east of Chapala. 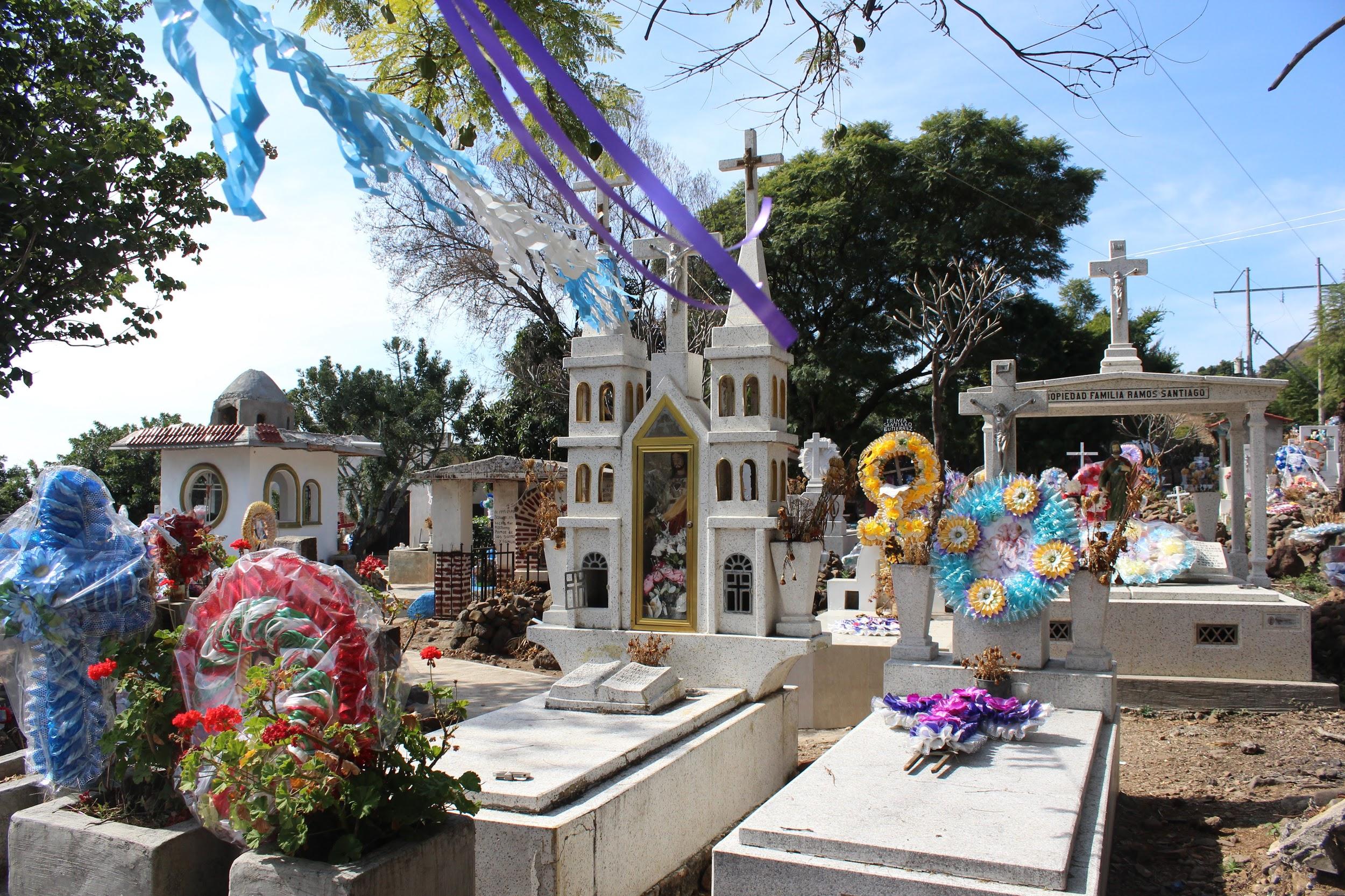 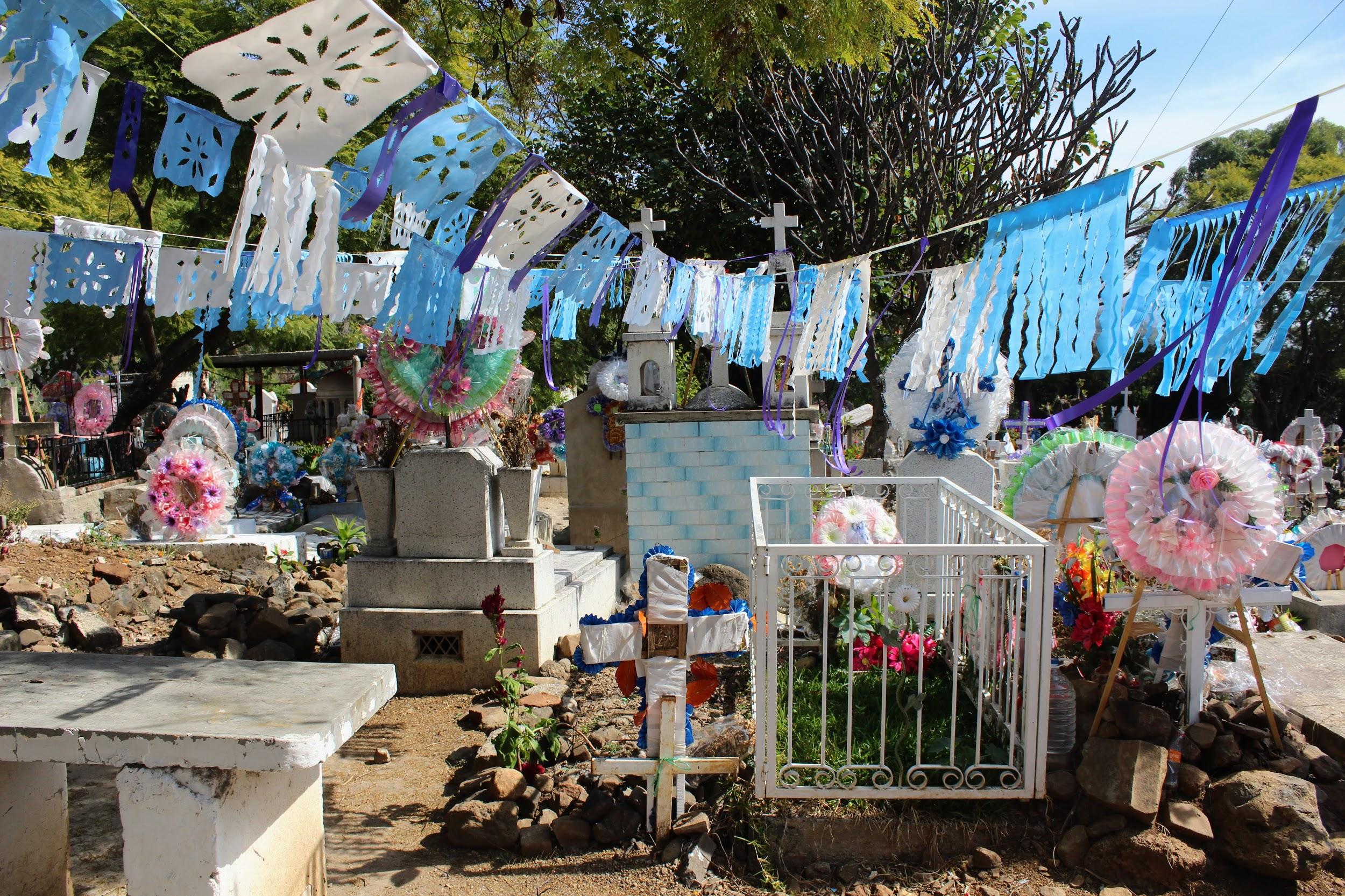 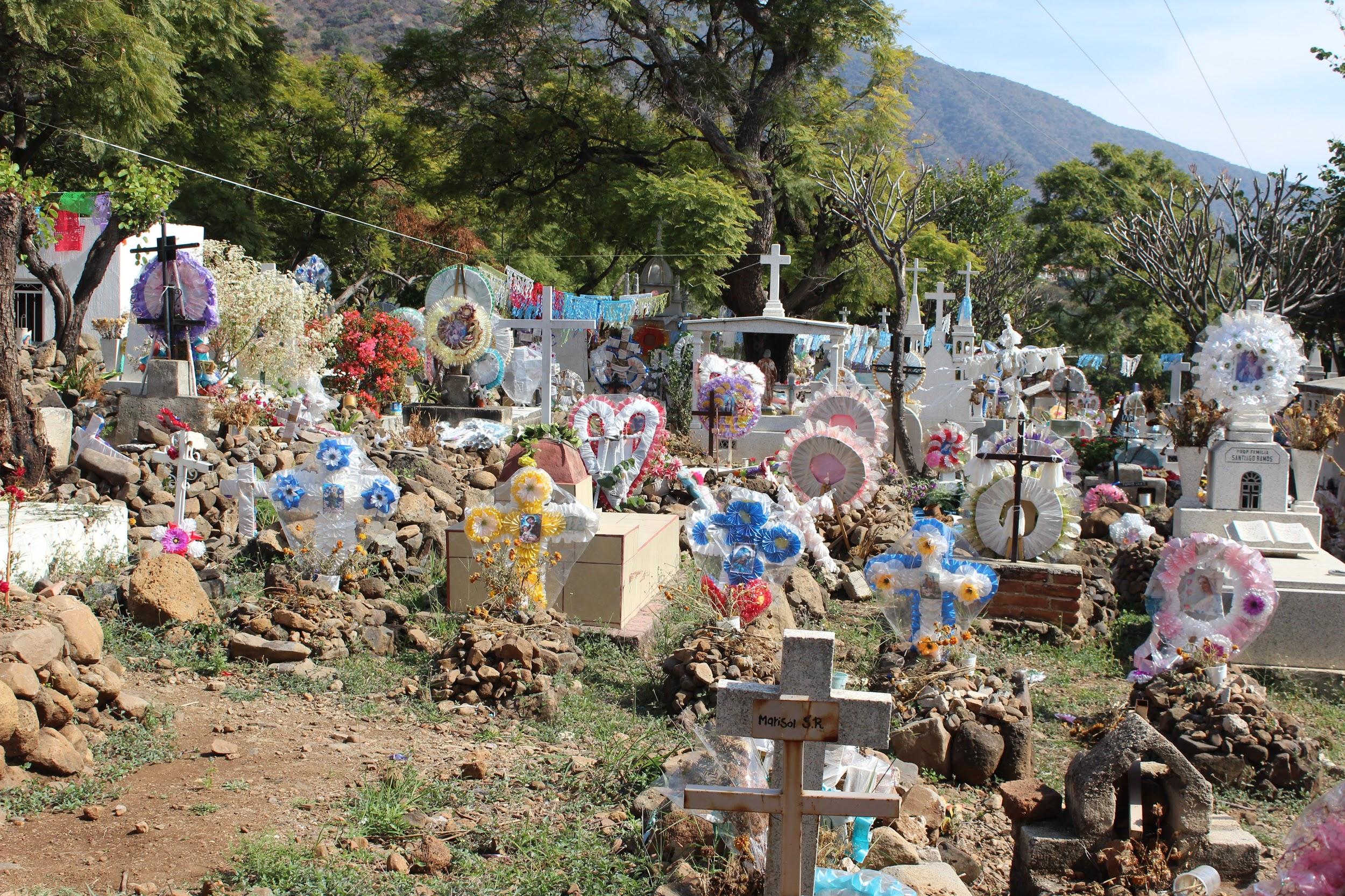 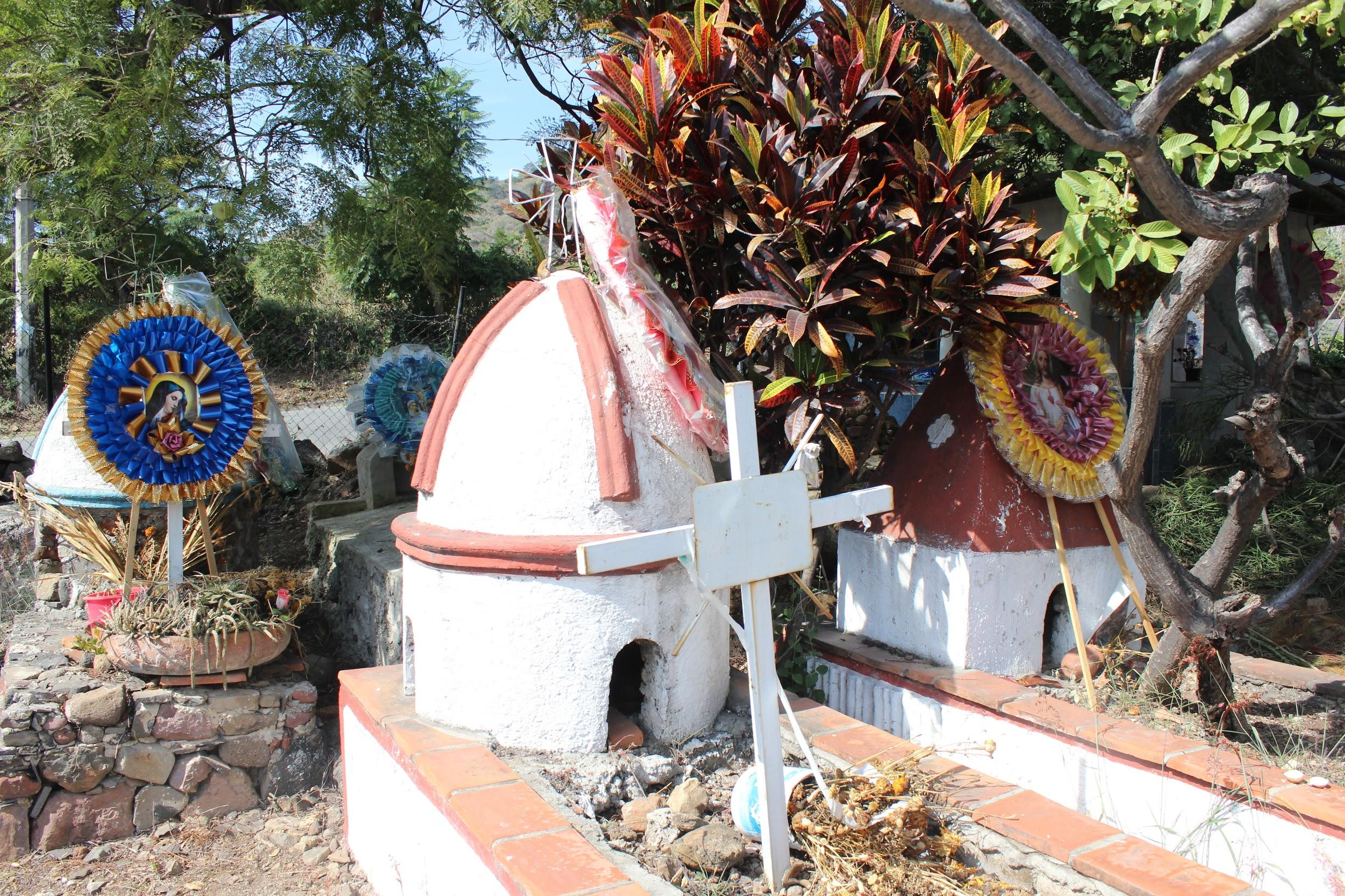 Aside from the cemetery, the main reason you would end up in Mezcala is to take a boat to the nearby island by the same. Don’t worry about finding the pier. Whether you want it or not, the local children will guide you to it. You’ll be hearing lancha a lot here. But no, you aren’t offered lunch, lancha is a boat in Spanish. 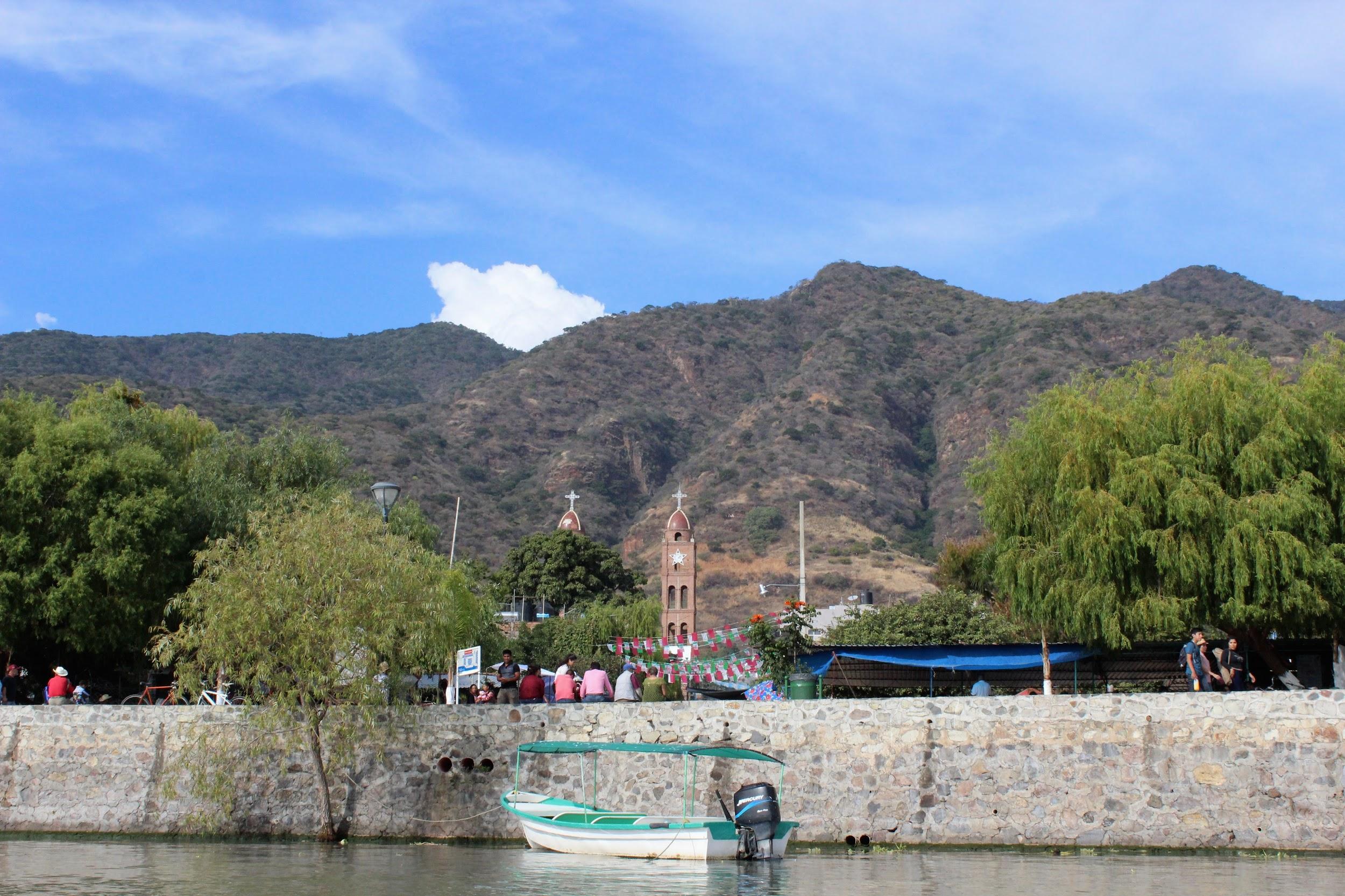 Mezcala island has an interesting history. It was first occupied in the 13th century by indigenous people related to the ones who built the Guachimontones circular pyramids. During colonial times the Spanish built fortifications for their troops on the island. In the 19th century the island was captured and held by local indigenous people sympathetic with the independence movement. For 4 years the spanish were unable to recapture it, and were forced to negotiate a peaceful transition. Later the fortress was used as a prison. 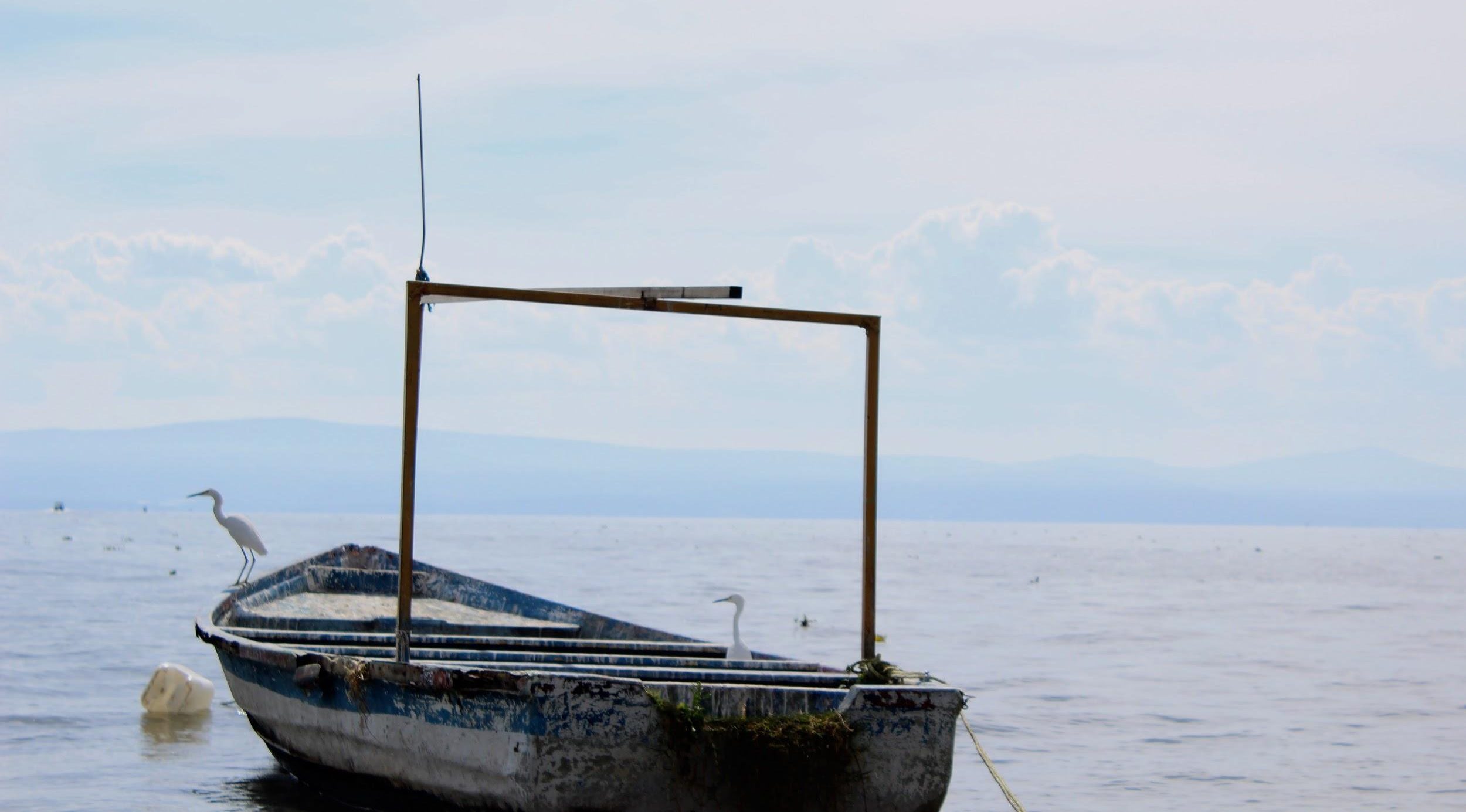 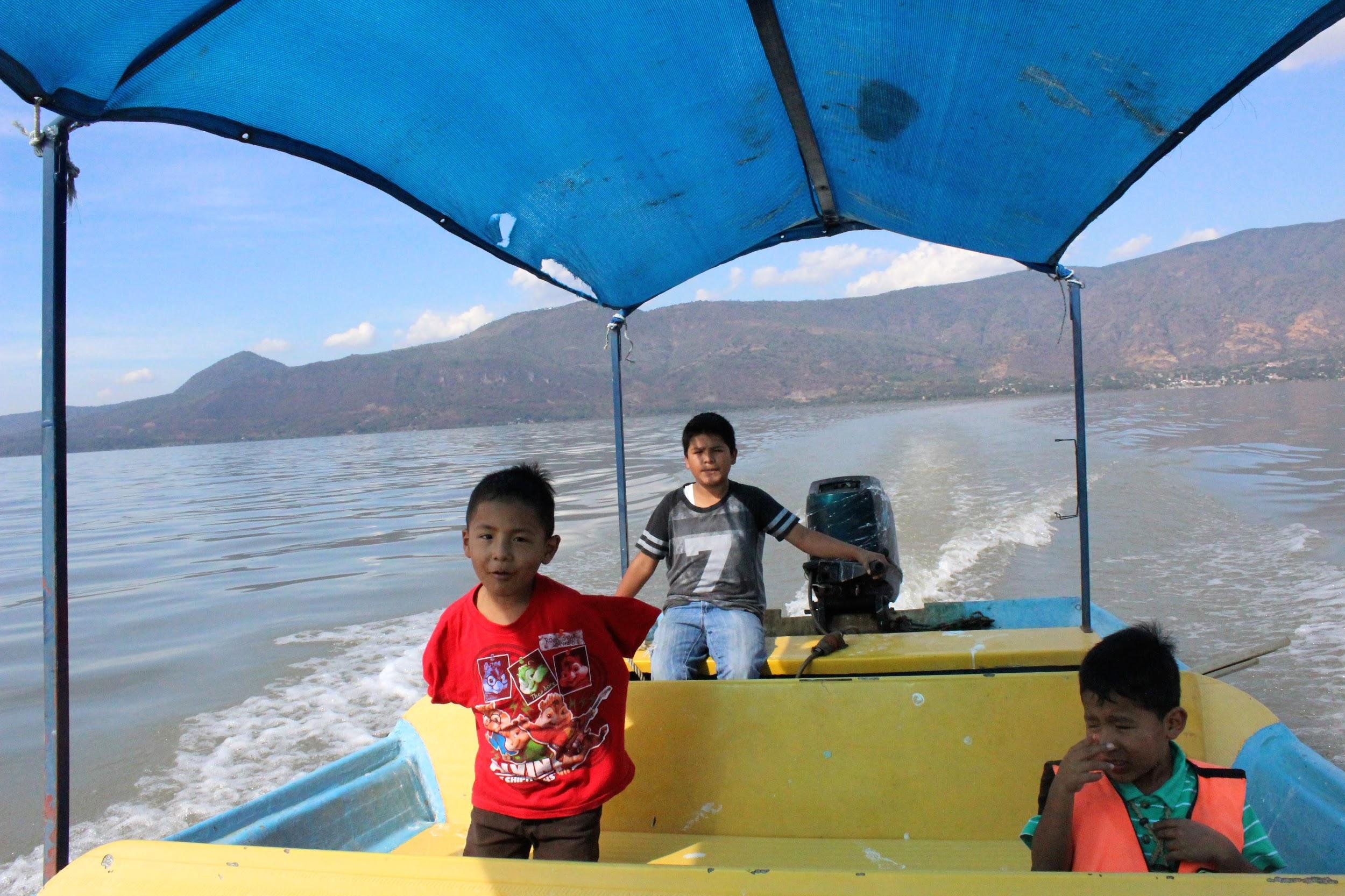 While the father was sitting at the front, his oldest son navigated the boat.

The fortress itself isn’t incredibly interesting, especially when your guide is a silent 12-year-old. 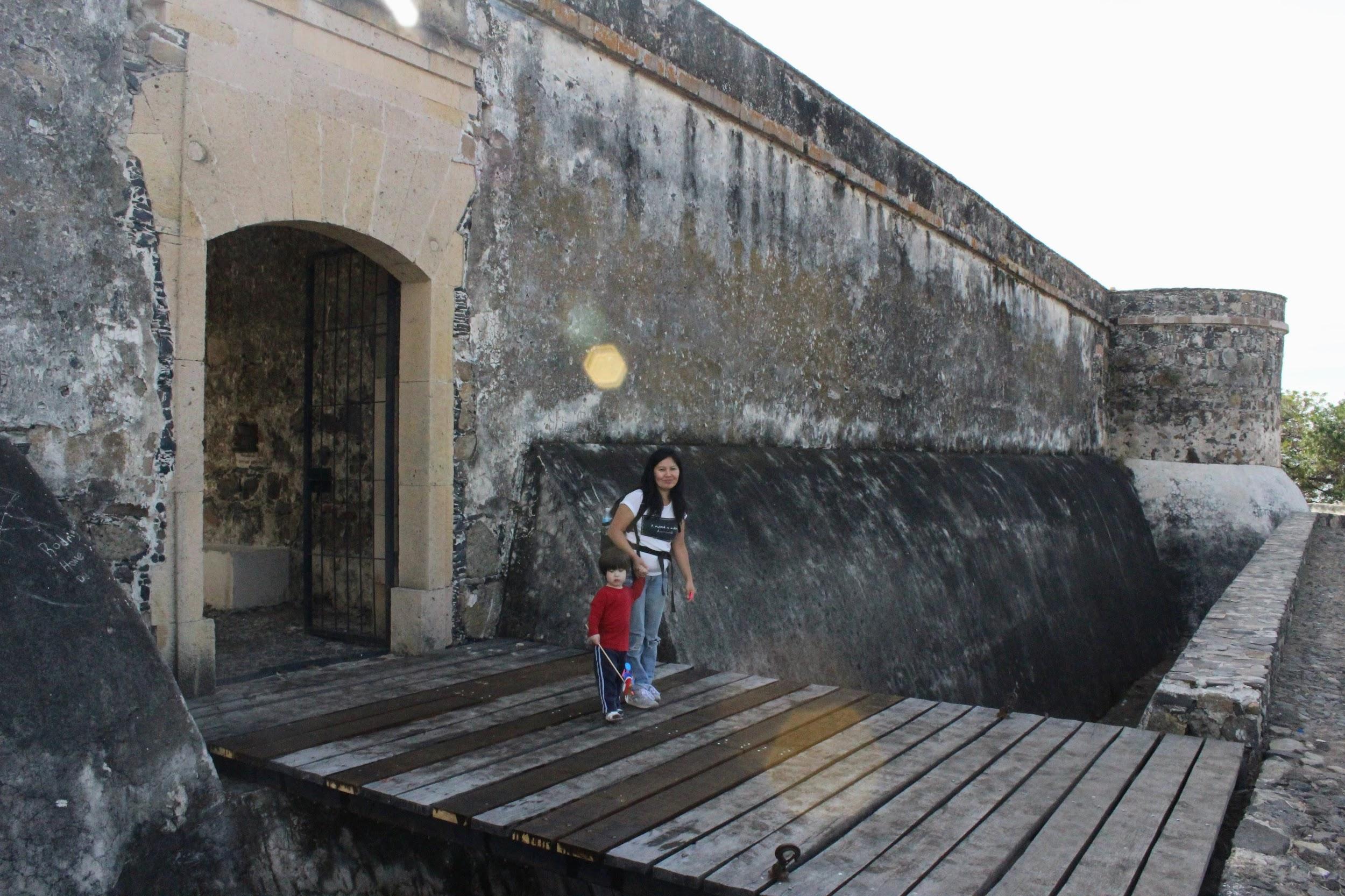 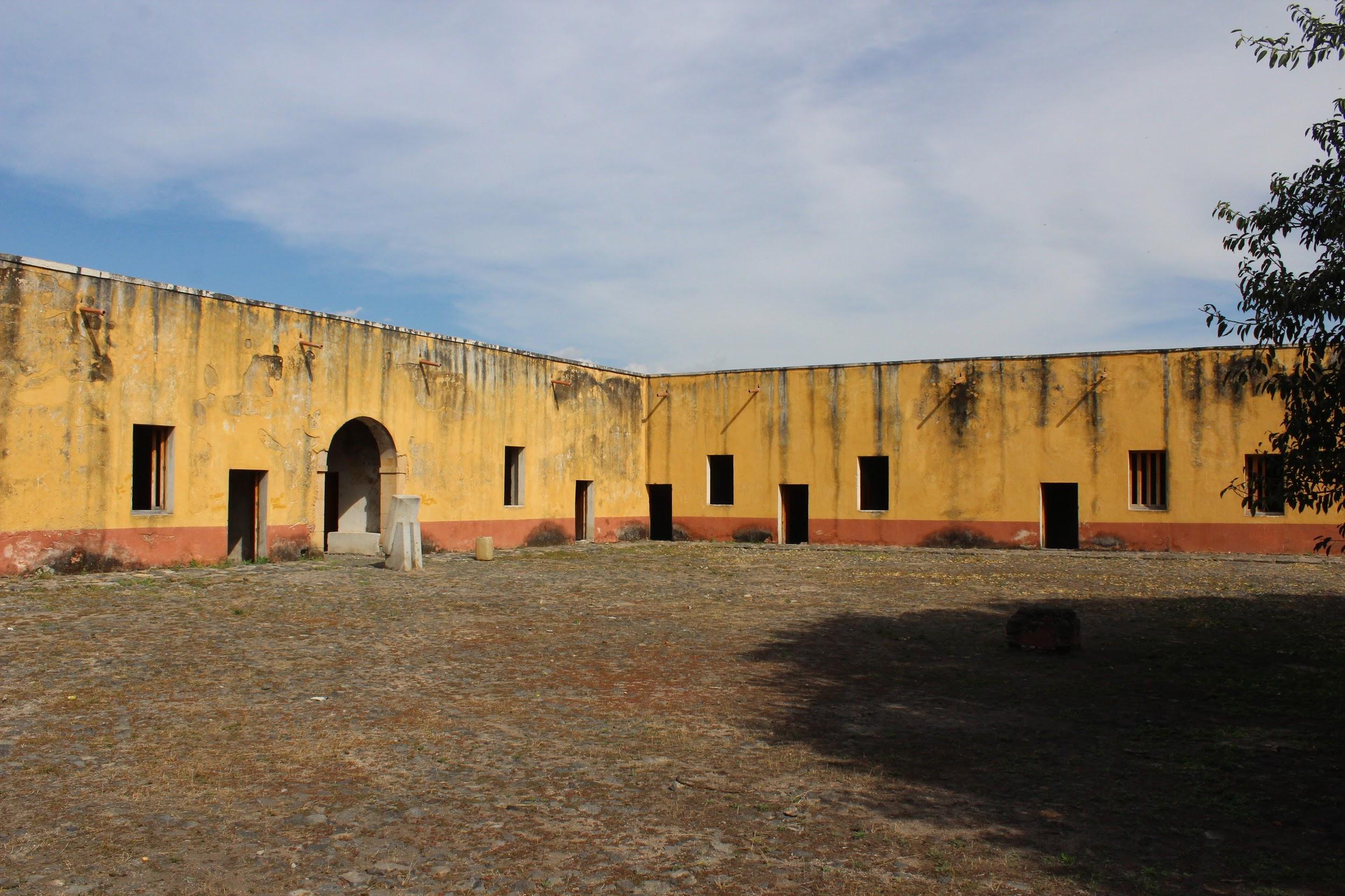 But if you leave the central area of the island and follow one of the trails overgrown with vegetation, you’ll find yourself enchanted by the eerie silence of the island, broken by an occasional rustle in the bushes. 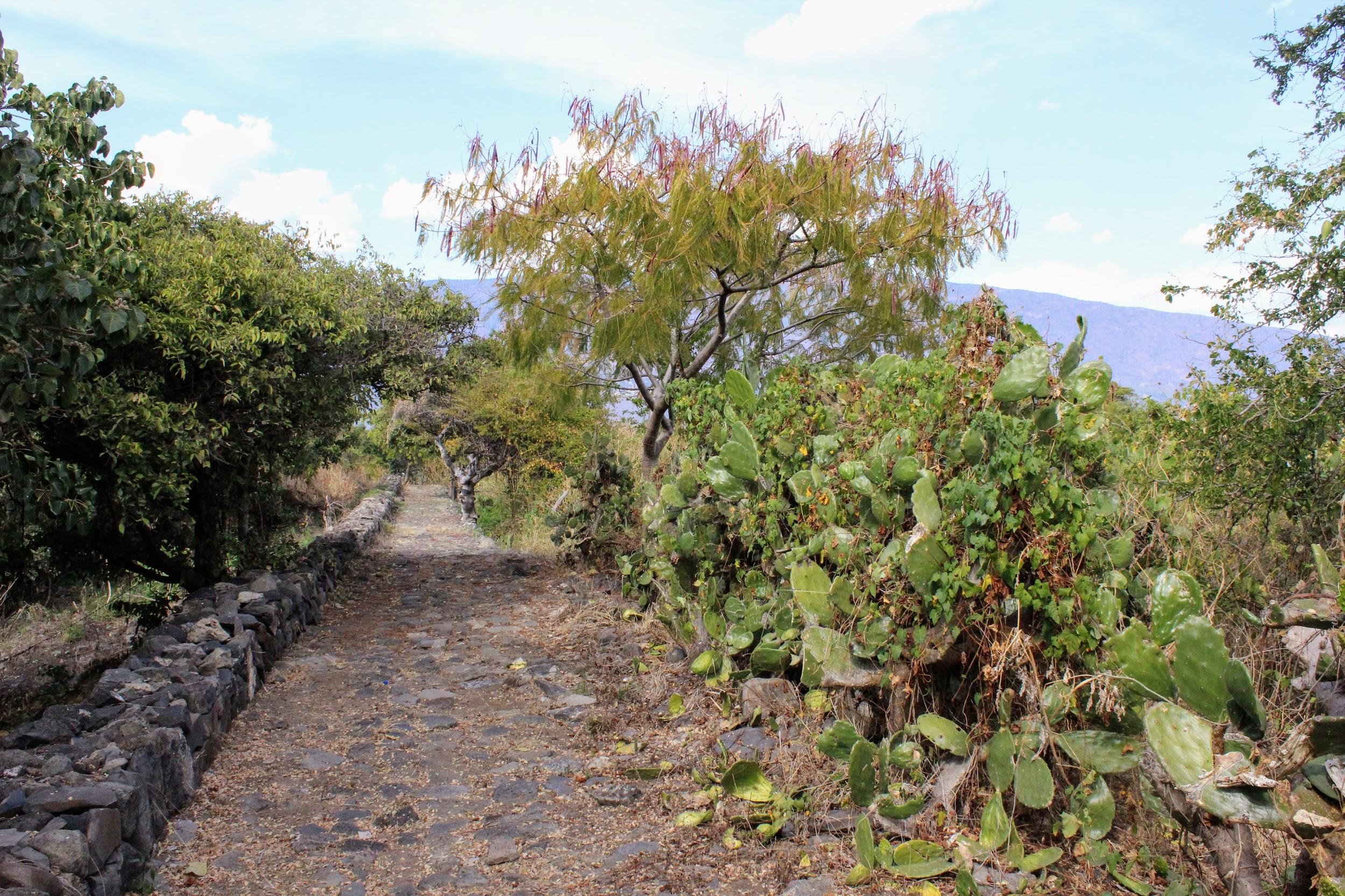 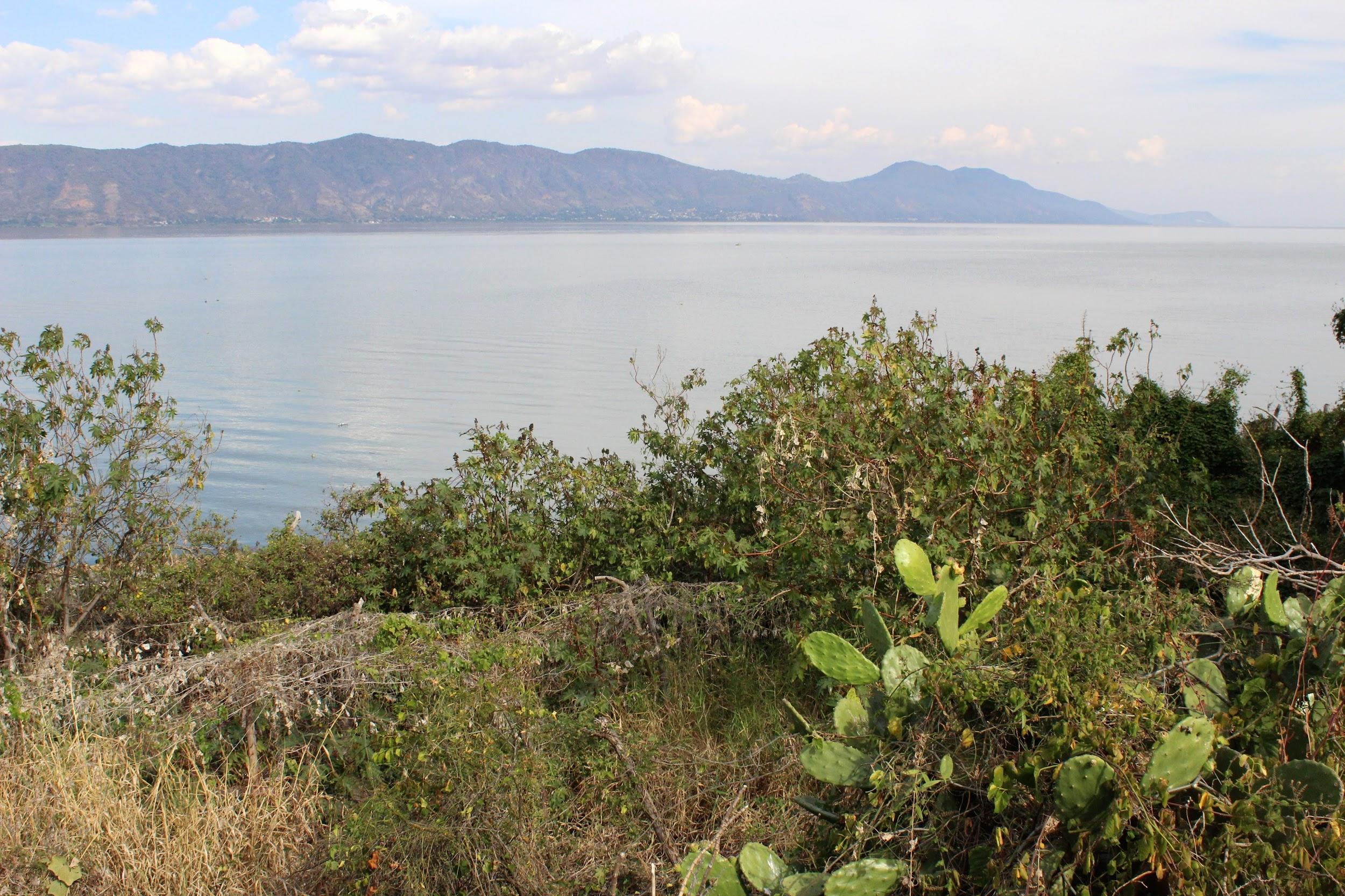 The town of Ajijic, a small distance to the west from Chapala is a well-known expat refuge in Mexico. American and Canadian retirees flock here to enjoy a year-round comfortable weather as well as the convenience of having a community of more than 5000+ compatriots around you. On the streets of the town English is heard at least as often as Spanish.

The cobblestone streets of Ajijic are sprinkled with colourful graffiti and cosmopolitan restaurants. 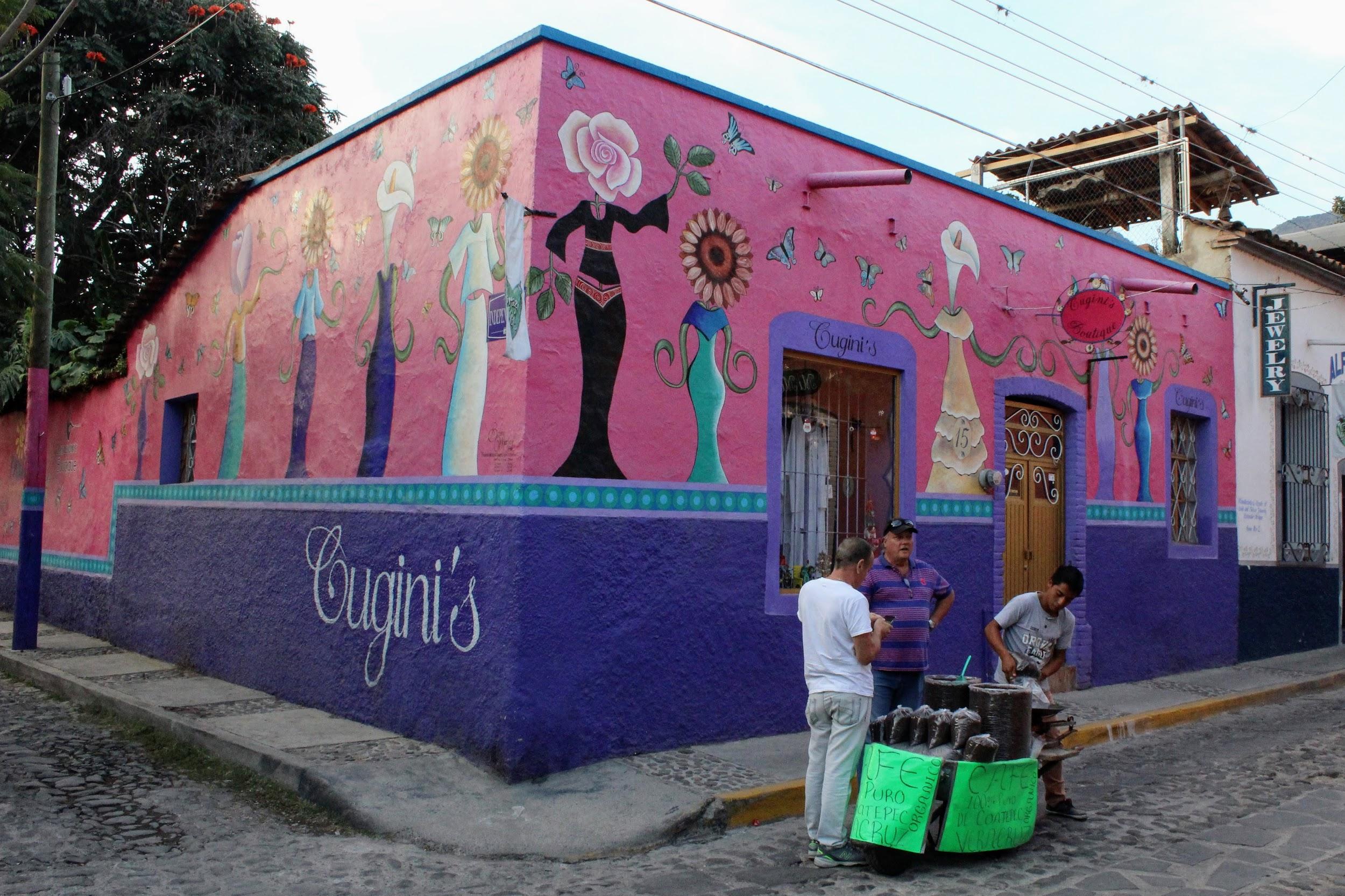 A local artist created a wall of skulls, each carrying a name of person who once lived in the town. Locals pay him to put the names of their loved-ones on the wall. 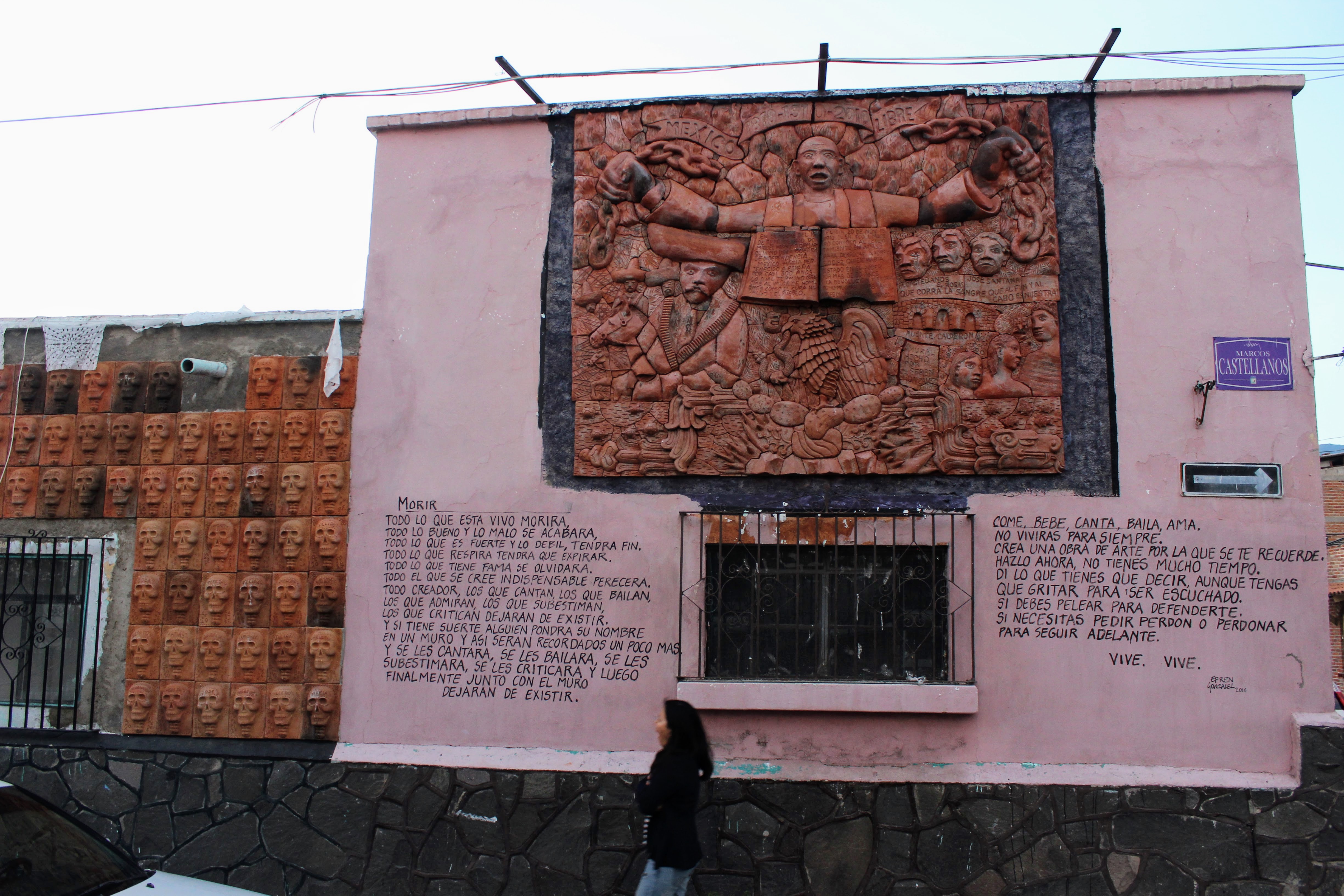 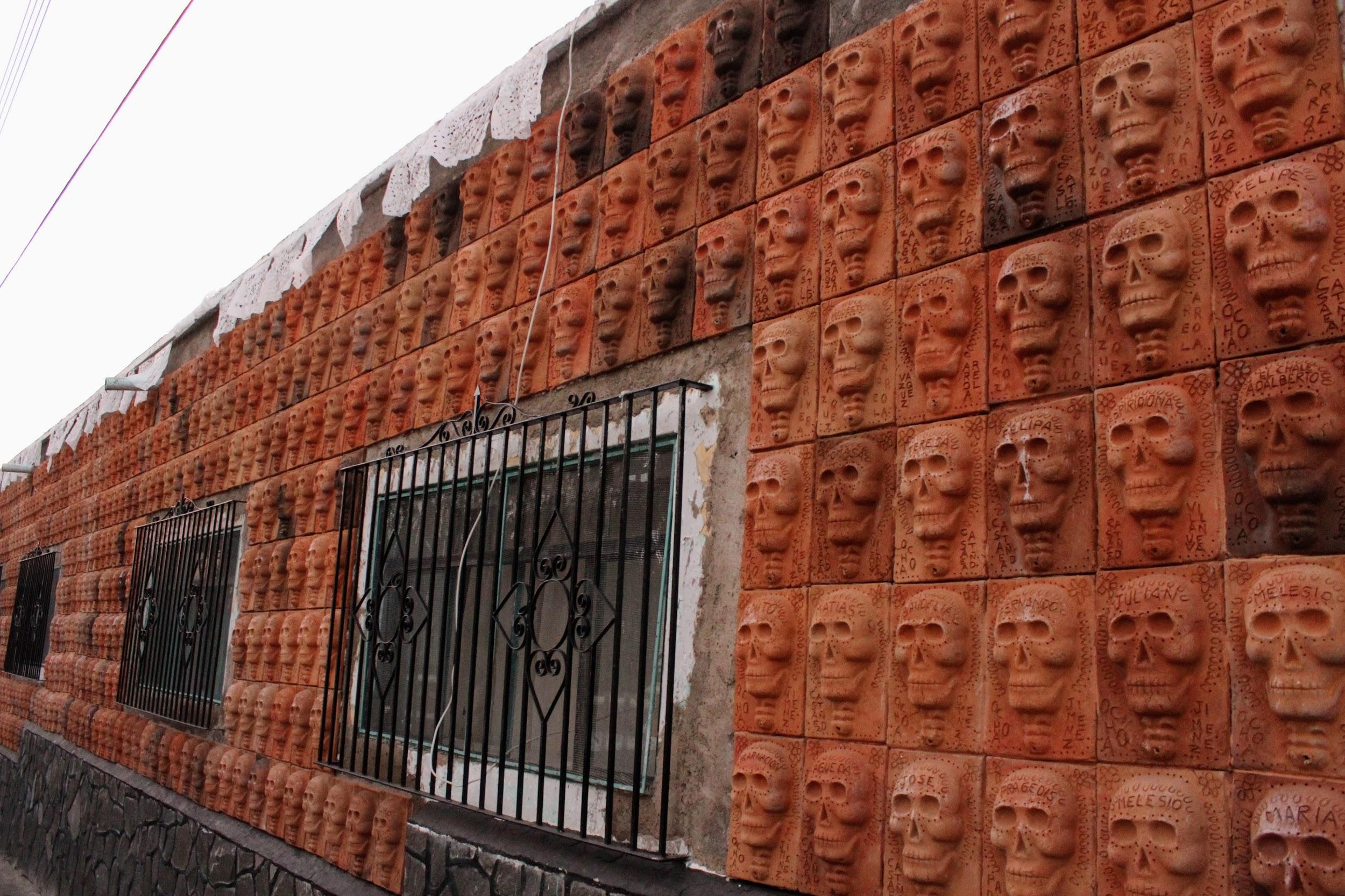 Ajijic may be an North American colony, but it’s still a Mexican town. 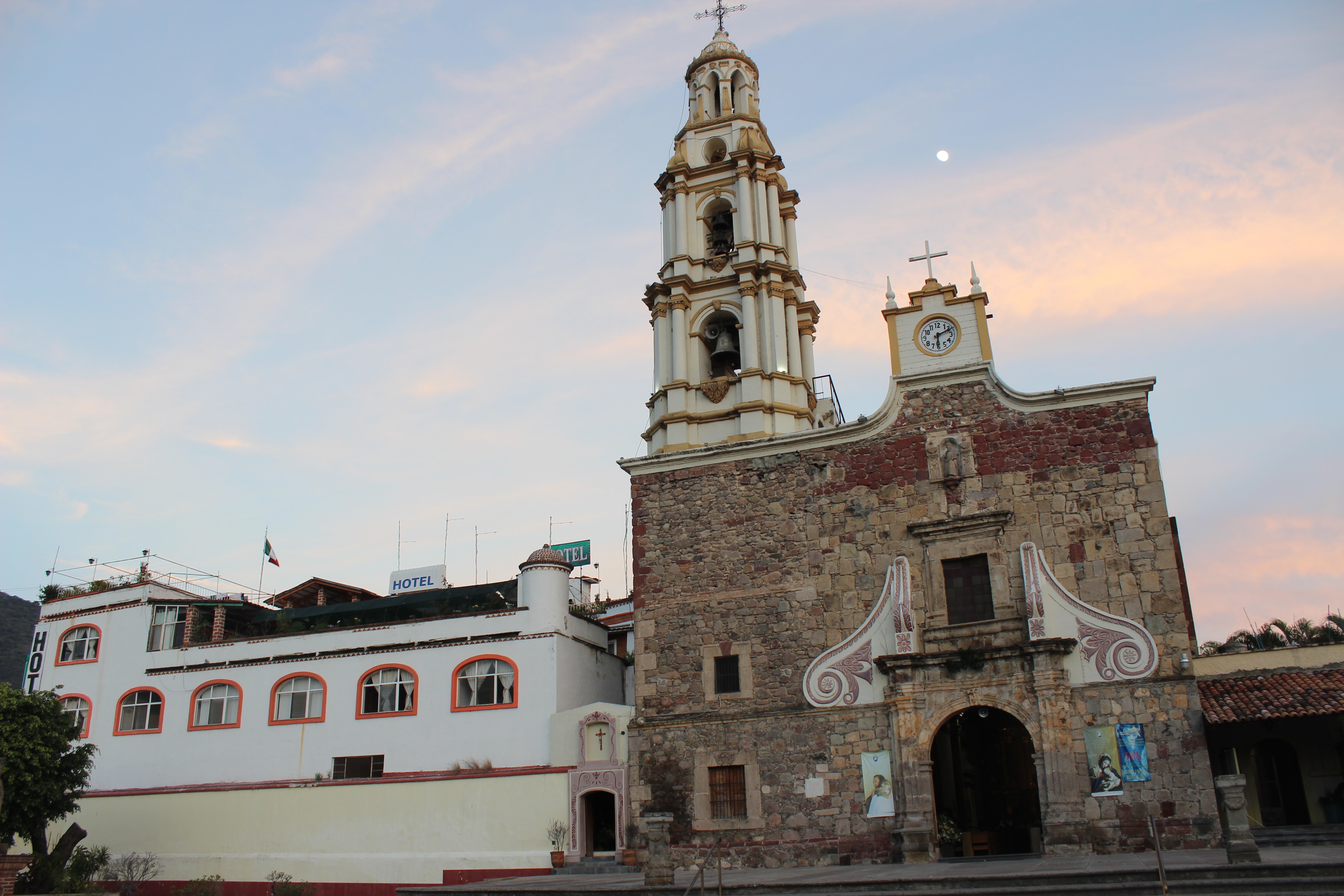 The sun was setting over the lake when we started our way back to Guadalajara. With the hills and the pelicans, we were also leaving behind the tranquility for which so many people come to love the place.