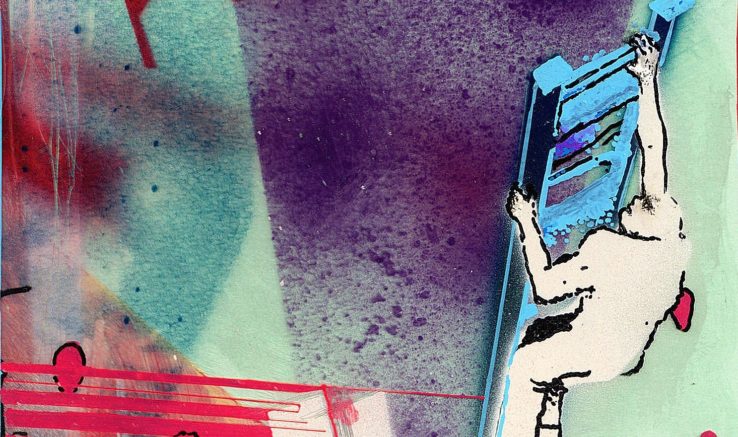 “I have never felt so free” a friend told me recently. He went on to describe how liberating it was for him to live by himself, without obligations, debts or commitments to others. In his early 30’s, with parents distanced from his life, with no concrete obligations to his long-time partner, with fulfilling work where he is in his element, he basically proclaimed his independence. And that made me think.

From birth till adulthood our life is one of dependence. We depend on our parents for survival, we depend on their affection and warmth for normal development and growth. Later, as parents’ influence decreases we depend on our peers’ opinion and acceptance to feel belonging and sense of identity. The move towards independence usually starts where we are teens and goes on to adulthood. But is independence our ultimate goal? 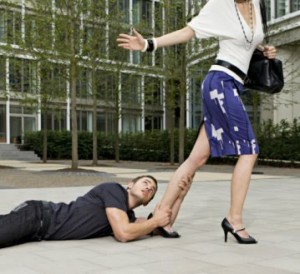 Some people, due to blind-spots of their parents or their own temperament don’t follow the normal path to independence and get stuck in the dependent stage. It doesn’t have to be a caricature of man in his 40’s still living with his parents – dependence patterns can take different forms: being with a partner on whom we depend for approval and self-worth; adopting religion as a support structure where God plays the role of forgiving and loving parent; choosing to submerge ourselves in authoritative structures such as army where following orders is expected while having opinions or making choices is unnecessary.

The problematics of dependent types is obvious: the inability and unwillingness to place the full weight of our life on ourselves leads us to allowing other people do that for us in a way that is usually detrimental to our happiness. While it may subdue anxiety that comes with freedom, it substitutes it with fear of abandonment, inferiority complex, victim-hood and life of blaming others. 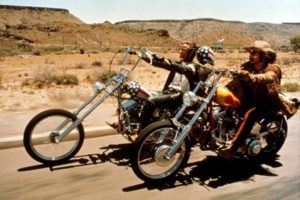 Independence is basically about making our own choices. Choices about what we do, where we live, who we sleep with, what we believe in. Striving for personal independence allows us to develop our character, shape our identity in an authentic way, and as such is an important vehicle for personal development.

But struggle for independence can wear problematic forms too: doing the complete opposite from what authority figures (such as our parents) want us to do, just in spite, which is actually a form of dependence; extreme unwillingness to ask for or receive help because symbolically it would create dependency and would be a sign of weakness in our eyes. Narcissistic independent types view their own wishes as the only ones worth considering, discarding other people’s feelings and wishes. Fear of commitment, a pathology of some independent types, is another good example how struggle for independence can go wrong: fearing that commitment will turn into dependency and neediness, we prefer to withdraw from promising relationships. There is nothing wrong with healthy self-interest but selfishness outgrown from independence is a lonely road.

Now it’s clear why we can talk about getting stuck in independence as well. We proved our capacity for achievement, our self-worth, we proved that we stand on our own feet, making our own way in the world. But now what? Should our life turn to constant ego-drive of ever more conquests, ever more proofs?

Here is a thought: some things are hard to achieve by ourselves. Joy and happiness from sharing love with another person, realization of creative projects by sharing ideas with colleagues, creating life, creating a company, creating a party. Achieving things that are bigger than us requires cooperation with other people. And cooperation requires releasing some of our control, relaxing our grip on things, considering other people’s views and opinions, keeping our pride at bay.

Why is this scary to many independent types? Because it makes us vulnerable. To give away the “it’s my life and I do what I want” rhetoric and substitute it with “we are in this together” is to become vulnerable. But vulnerability is not the same thing as dependence. Dependence is a passivity based on insecurity, it’s about making ourselves smaller than we are. But opening to vulnerability is an active, courageous choice based on the reality of who we really are: not a world onto ourselves but bleeding, dying creatures whose only hope for some kind of transcendence is through letting down the boundaries of our ego.

Accepting our vulnerability, and stopping viewing it as a weakness enables us to develop deep, satisfying relationships based on trust and mutual care. Stopping viewing the world as a zero-sum game (if it’s more for you, it’s less for me) and starting seeing that sharing often makes everyone better of. Stopping viewing everyone as disconnected from each other and starting seeing the interdependence and interconnectedness between us. This makes us worry less about our small gains and victories, less anxious, less dependent on constant proofs of our self-worth.

So let’s celebrate independece, my friend, and be reminded:

We are all in the same boat, in a stormy sea, and we owe each other a terrible loyalty. – G.K. Chesterton