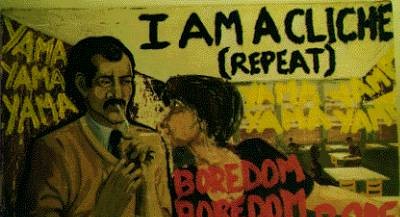 How many times you read media reports about the Israeli-Palestinian conflict, hoping to understand something, but always coming up empty-handed? You aren’t alone.

A week ago, the eyes of the media turned to the latest military escalation between Israel and Hamas. Beside the regular reports of the death toll and the reaction of the world, the more serious journalists tried to explain the conflict beyond the current event. Unfortunately, it’s too complex for the casual commentator, so often such analysis has resorted to rehashing of shallow arguments, and “neutral” points of view that neither take sides nor promote any real understanding. So here are the most popular media cliches about the conflict:

Nothing is more luring for a writer than a simple explanation to a complex issue. The ‘cycle of violence’ cliche is neat because it blames no-one, justifies no-one, and is impossible to argue with.

Obviously, any military conflict has an inevitable reciprocal element – each killing intensifies the hate and the will to kill of the other side. But this argument is relevant for any conflict, and it completely ignores the concrete nature of this specific conflict, making both parties look equally unreasonable and entrenched in hate, and thus undeserving deeper understanding.

“While politicians play at war, civilians on both sides suffer” – another cliche often heard in mass media. While its humanistic message and the implied exhaustion with war are hard to argue with, it misses the point. This conflict wasn’t invented by politicians, and just as regular citizens, they are pawns in a bloody clash of history, culture and ideology. But of course it’s much easier to blame it on politicians’ narrow-minded interests (of which they are too often guilty), than to accurately describe the larger forces that are in play (see next paragraph)

It’s Just Between Israel and the Palestinians 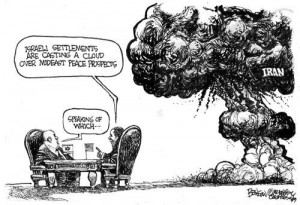 Too often the media reports are focused squarely on what happens between Israel and the Palestinians, making it look like a border conflict between two entities, that can’t agree on how to divide a piece of land. Which is of course just the tip of the iceberg. This line of thinking completely ignores the large role other interests and regional forces play in this conflict, namely: fanatic Muslim ideology of Hamas and Hezbollah (whose goal  is the destruction of Israel and all western secular world, and not a free Palestinian state) ; Iran’s desire to dominate the region, it’s nuclear program and the existential threat Israel sees in it;  the ‘Arab Spring’ in Egypt and its’ effect on Egypt’s influence on Gaza.

Prospects for the Peace Process 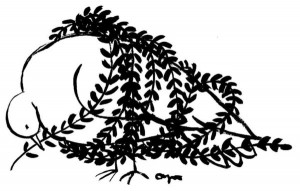 No article on the conflict in the western mainstream media can end without a sad note on how current events “strike a lethal blow to the prospects of the peace process’. The truth is that in Israel the term ‘peace process’ is a bankrupt concept that lost any credibility in the public opinion due to 2 decades of bloodshed and broken promises that passed since its inception.  There is also a clear realization in the region that direct talks with the Palestinians won’t be enough without addressing the influence of external regional forces,that use the conflict for their political interests.

Talking about the prospects of the peace process is a lip service paid by American and European politicians, and repeated by dutiful reporters.

So the next time you read news from the region, ditch ‘unbiased reporting’, and read someone who at least has the guts to take sides.