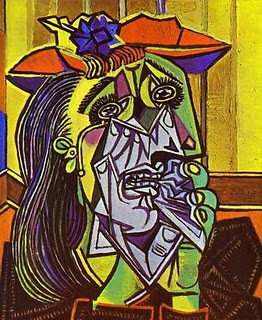 Last Saturday me and a bunch of friends went hiking. We were met by a hot weather, small current of water, slippery rocks and lots of arid vegetation – in other words, a typical Israeli landscape. After a five hour walk, and a short trip by a car, hungry and tired we arrived at a beer brewery in Katzrin. As we were waiting for our beer tastings, an interesting conversation began to develop. Galya, an educated and opinionated young woman, reminded us of a lethal car accident that happened just a week ago, when a young girl driving under the influence of drugs ran over and killed two women. Galya couldn’t understand the parents of the girl, that came to the court hearing to show her their support. She proclaimed that if it was her daughter, she would denounce her.

I was surprised by her argument. There is no question about the driver’s responsibility: she was driving intoxicated, without a valid license, on the wrong lane. It wasn’t much of an accident, but rather a premeditated recklessness that was bound to end tragically sooner or later. Her indifference cost the lives of two women and broken their families. But still, Galya’s words left me perplexed.

The “Pure Evil” Criminal
Essentially, Galya hinted that the driver is evil, and as such, she doesn’t deserve such “privileges” as consolation and support of her family. Not only she should be tried, convicted and punished, but more than that, she should be outcast from the society. That’s surely a harsh stand towards someone, who despite her complete disregard for other people’s safety, didn’t intend to kill.

But what about criminals whose intentions were as horrific as their acts – Nazi war criminals make a good example. Their crimes were so immaculately evil, so unapologetic, that’s it’s easy to forget that it was done by humans. So monstrous, almost mythical in their proportions were their crimes, that  it’s easy to imagine that it was the work of demons, not regular people. But can we afford ourselves this kind of thinking?

By denying the humanness of criminals, by picturing them as pure evil, we face two risks. First, unintentionally we diminish the role of the choices they took. If someone is pure evil by nature, than he didn’t really have much choice, but to behave according to his evil essence. Secondly, by placing evil in certain people or groups of people, we may become complacent of our own actions. If evil is a deep-rooted and fundamental flaw rather than a series of immoral choices and actions, often carried out in an ambiguous circumstances, with the approval of the environment, than we surely can’t become evil. And since we are safeguarded against becoming evil, we may forget to reflect on our own choices and actions. The famous Milgram experiment showed how dangerous this complacency can be.

The “Society’s Failure” Criminal
Whenever the criminal is found to be from a difficult socio-economic background, some people immediately point a blaming finger at the environmental factors that played a role in his life. The criminal is a drug-addict and a school-dropout? Well than it’s obvious that the crime is a direct result of society’s failure to share wealth between it’s citizens, school’s failure to educate, family’s failure to love.

These kind of apologetic arguments, while true to a certain extent, fail to acknowledge the role of the individual in his choices. Of course environment plays a big role in our lives, but can we reduce the heavy burden of the blame from the shoulders of people committing crimes, by blaming the environment instead? After all, there are other people, that in similar circumstances made different choices. By reducing people committing crimes to their environment, we again deny them part of their humanness – the freedom of choice, the responsibility for actions, the potential for acting morally or immorally. By being apologetic, we make them less human.

We need to remember that criminals, however atrocious is their crime, are still humans. We share with them the same world, the same society, the same human nature. The distance between us and them is much smaller than we would like to think – it’s the distance between making a stand and failing to do so, between waking up to your choices and falling asleep. By ostracizing criminals, by denying our shared world with them, we forget how fragile is our own moral compass.

Criminals have to be punished, have to pay the price for their actions. But not as wild and dangerous predators, not as demons guided by pure maniacal instincts, but as people failing the internal battle between right and wrong. Battle which goes on in each and one of us.