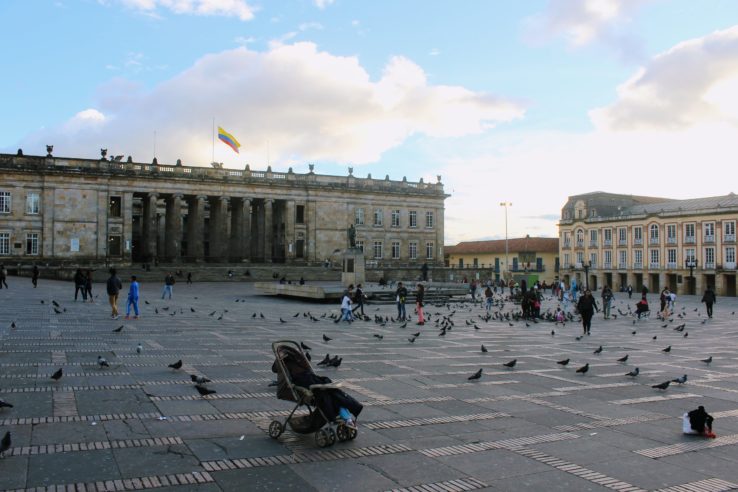 Ever since we left our familiar life in Israel, and moved to the Аmerican continent, we haven’t stayed long in one place. Six months living in Vancouver, five months in Mexico, two months in the heat and rain of Nicaragua and Costa Rica, four months in Colombia, followed by Ecuador and Peru. One of the things I have been enjoying most about this nomadic lifestyle is the sense of living in the present. Gone are the days of planning holidays, vacations, next career steps. In a few days we’ll pack our bags again and head to Chile. How long are we going to stay there? I don’t know, and that’s what I love about it.

But “the future” has its way of creeping in your life. One question I have been often asked by friends and people we meet in our travels has been especially persistent. “So where do you see your home? Where do you want to settle down eventually?” I am always caught off guard by this question. So it’s time I tried to answer it.

Often when I get to a new place, I meet a person, usually someone who lives there for a while, who tells me that “it isn’t what it used to be”. The culprits vary – they could be immigrants, property speculators, tourists. Whatever the reasons may be, this person is certain the place is “going down”. At the core of this melancholic attitude, even if it’s based on valid concerns, there is an attachment to the past. The past as a subjective experience of the speaker, whose comfortable existence was disrupted by invaders.

After arriving to Vancouver, some new immigrants begin to wonder why there are so many homeless people in the center of the city, and why the city doesn’t move them somewhere else, where they would be less of an inconvenience. Don’t be surprised – these immigrants are simply “settling down”.

If that’s what settling down means – becoming territorial, defensive and eventually, bitter, than I should do without it. You can have memories, knowledge, understanding of a place, an identity formed around it. You can own a property, have certain rights, have a voice. But you are never “the rightful owner”. The place doesn’t belong to you. “This is my country” mantra can be a force for good, but too often it’s a poison. If I am to have a choice, I prefer to stay a curious and empathic guest than turn into a cynical and disillusioned host.

If home is an umbilical connection to a place where you were born and grew up, then I am spared. That’s because I’m used to being somewhat of an outsider. I spent the first 10 years of my life as a Jewish kid looking Jewish in a Soviet industrial city. I had a pretty happy childhood, but when the borders opened and my parents told me we are immigrating to Israel, somehow I wasn’t surprised. I did the rest of my growing up in Israel, as a “Russian” teenager. Surrounded by other immigrant children, I didn’t feel particularly Israeli up until the army service.

Surprisingly, this turned out to be a valuable experience. Never completely belonging leaves a gap between you and your surroundings. Instead of being glued to one culture, you get a chance to grow and form an identity with ambiguity, with multiple reference points, without developing a symbiotic attachment to the only place you know.

Since 1992 my parents live in the same apartment in Haifa, in the Hadar neighbourhood. This is where I grew up since I was 11, until I finally moved out at 27. Ten years later, with a Pink Floyd poster and a psychedelic woman-tree on the walls, my childhood room is still intact.

I used to judge people who leave their elderly parents and go abroad in search of adventure or better life. How can they do this? How can they be so selfish? Well, now I am one of those people.

I know plenty of people who stay in their hometown, their home country because they want to stay close to their parents (in Israel, you are still close even if you a move to a different city). They want their children to have grandparents. They want their grandparents to have real-life grandchildren, not just Skype ones. I also would like that. I promise myself we’ll visit them every year. I know it’s not the same.

But here’s what I know for sure: my ability to search and question stems from my childhood home. It’s only because I always knew I am loved, that I am free of extra-baggage. I am able to venture and wander, because I have always felt there is a place for me in this world. And that’s the kind of home that stays with you, wherever you go.

Or maybe home is where your friends are? The only thing I really miss about our previous life, are those Friday night gatherings in our Haifa apartment, when wine would flow as freely as the conversation and an atmosphere of intimate companionship would engulf us. These friendships anchored my adult life, the way parental attachment anchored my childhood.

But friends aren’t static attributes of your life. They have an annoying habit of having their own life. They also move in search of something or other. Whenever you feel your life is finally the shape you want it to be, including good friends nearby, you’ll suddenly discover that friends had plans of their own.

Wherever we are on the globe, I still feel very close to my old friends. But that doesn’t mean I don’t seek new friendships. Without friends, a new city is just a touristic getaway: good for a few weeks, but quickly becomes a nauseating exercise in consumption.

By making new friends, we make new homes. Every friendship extends your visa. Every connection gives you the right to care.

Human connections aside, economic conditions dictate where we live. Limited by language barriers, political borders and the inherent locality of many professional skills, we live where we can work. But the digital economy changes this. If all you need to work is a laptop and Internet connection, the borders disappear.

So here we are, people unburdened by national sentiments, open to new experiences and flavours, probably more anxious and restless than others. Ready to exchange roots for more sun, trade comfort for change, forego deeper understanding for wider perspective.

With so many places to call home, why choose one?