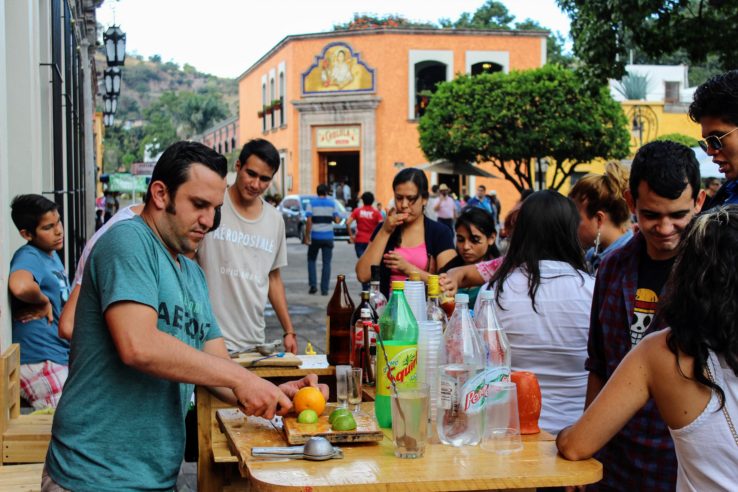 Anyone spending more than a few days in Guadalajara, will sooner or later end up in Tequila. A small town 1.5 hours from Guadalajara, it’s the birthplace of Mexico’s national drink. Actually, Tequila can only be called Tequila if it is produced in the state of Jalisco, in or around the town of Tequila. Otherwise, it’s just a agave spirit. In our first weekend in the city, we boarded the express Jose Cuervo train and headed to Tequila. 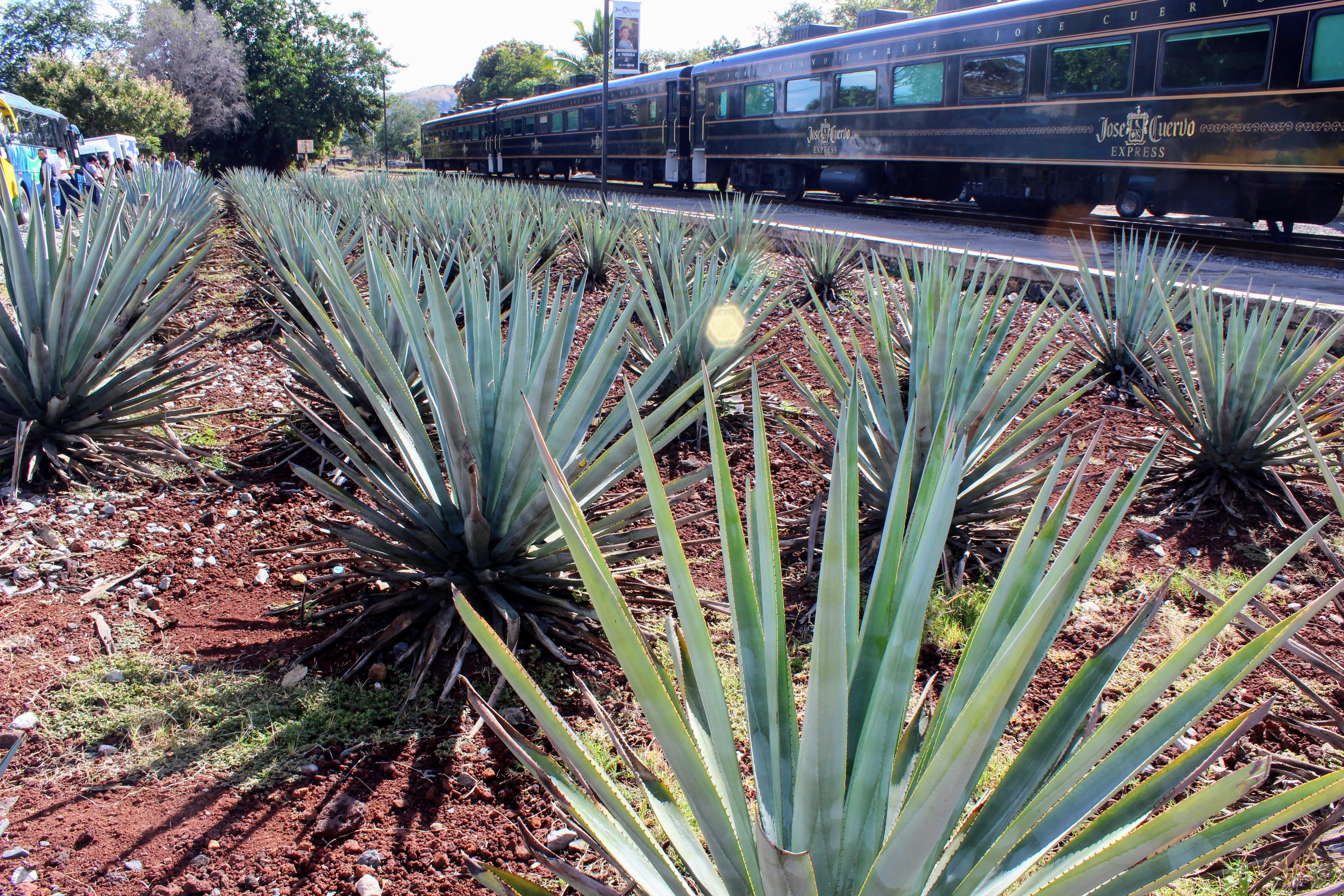 The blue agave fields which enclose the railway on boths sides, is where the story of Tequila begins. The red volcanic soil in the surrounding region is particularly well suited to the growing of the blue agave, and more than 300 million of the plants are harvested here each year. The high concentration of sugars in the core of the plant is what makes it suitable for the preparation of alcoholic beverages 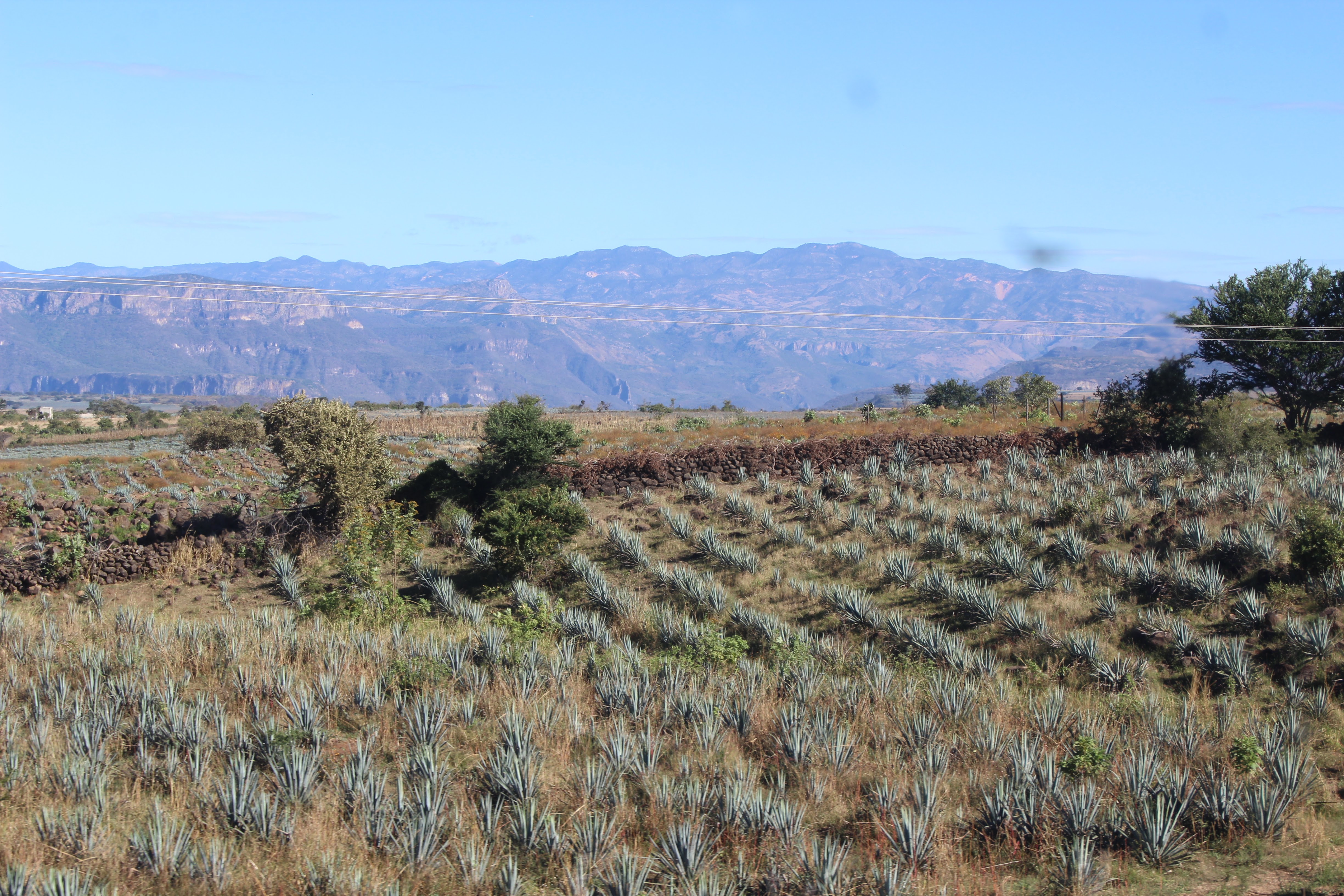 Despite being called “express”, the train is actually pretty slow, giving you ample time to acquaint yourself with Tequila cocktails, provided by the staff. As I found out, it’s the speed of your alcohol intoxication that is rapid in this ride. 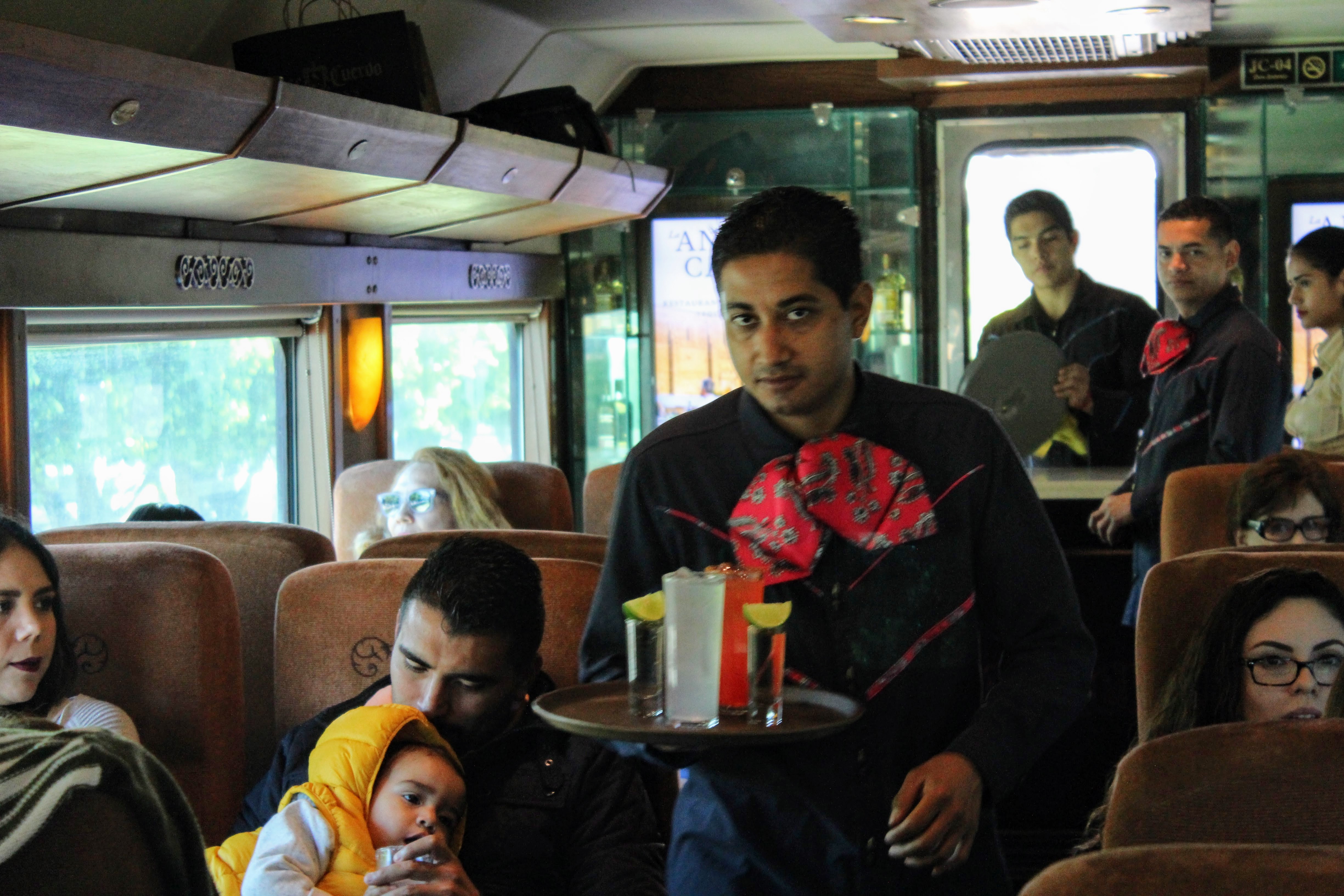 The staff is very helpful in making sure you not a single drop stays out of your system. 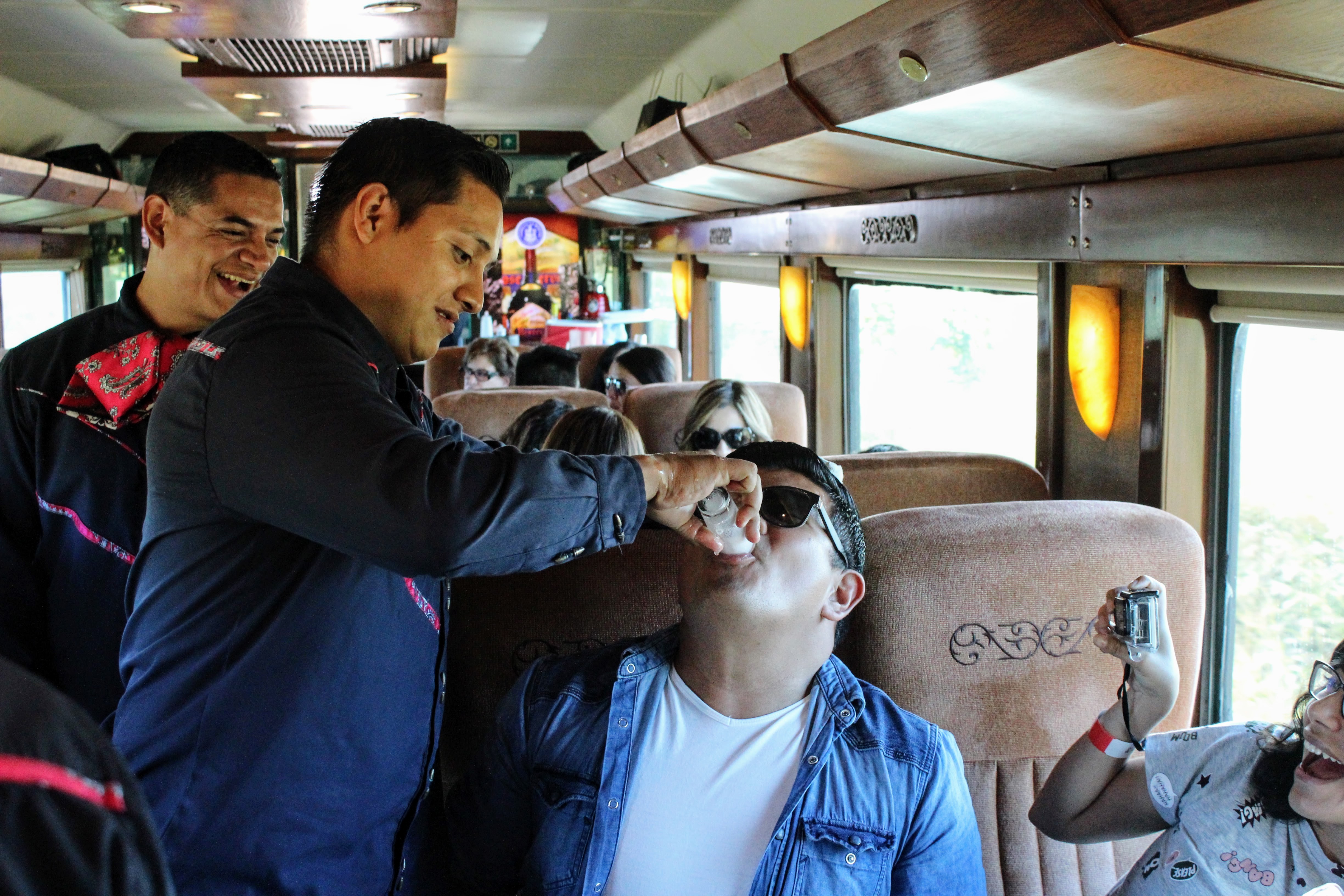 Jose Cuervo is the best-selling Tequila in the world, and one of the oldest Tequila distilleries in Mexico. After disembarking from the train and a short bus ride, we were greeted at the gates of the distillery complex. 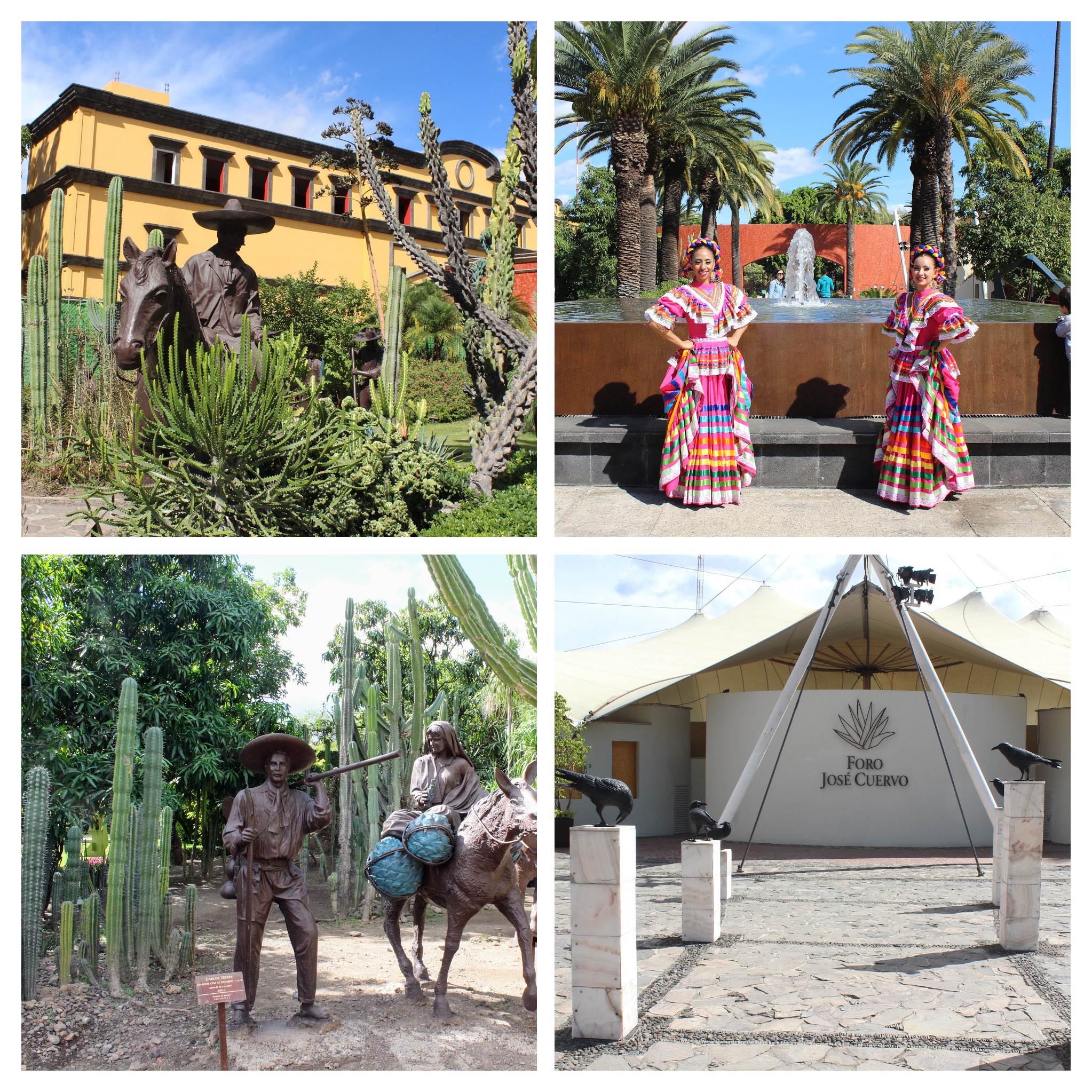 The place is touristy, but in a good way. It’s photogenic and got history that goes back to 1758, when Don Jose Antonio de Cuervo started cultivating blue agave in these lands. Today Jose Cuervo is family-owned and is run by his descendants. 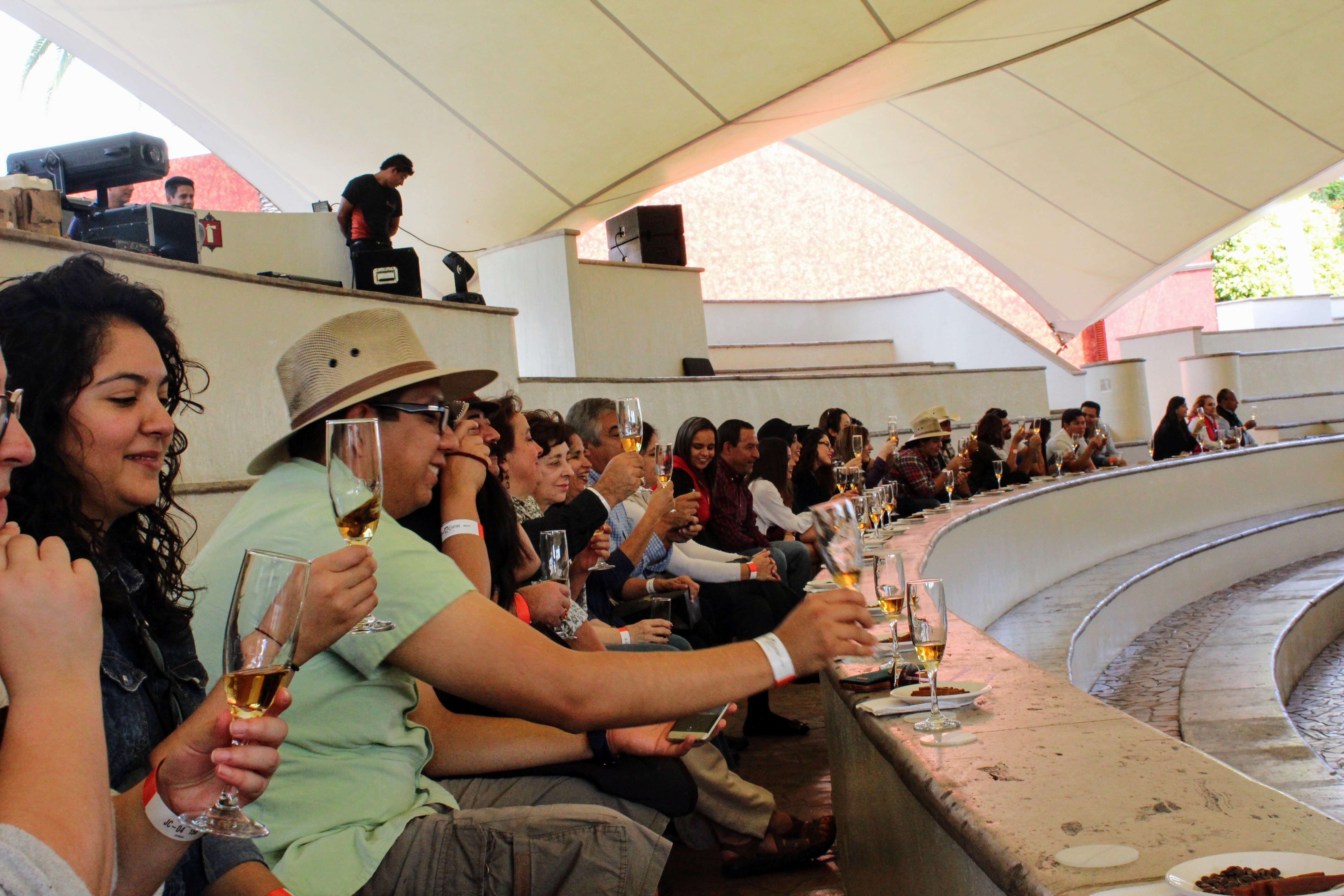 After a degustation, we were taken on a tour of the factory, which is fully operational despite the hoards of tourists making their way through it.

The visit to distillery was interesting but too long, so we were glad to finally get to the town itself. Tequila is the first small town we got to visit in Mexico. As an introduction to the charming tranquility of Mexican townships, it’s perfect. 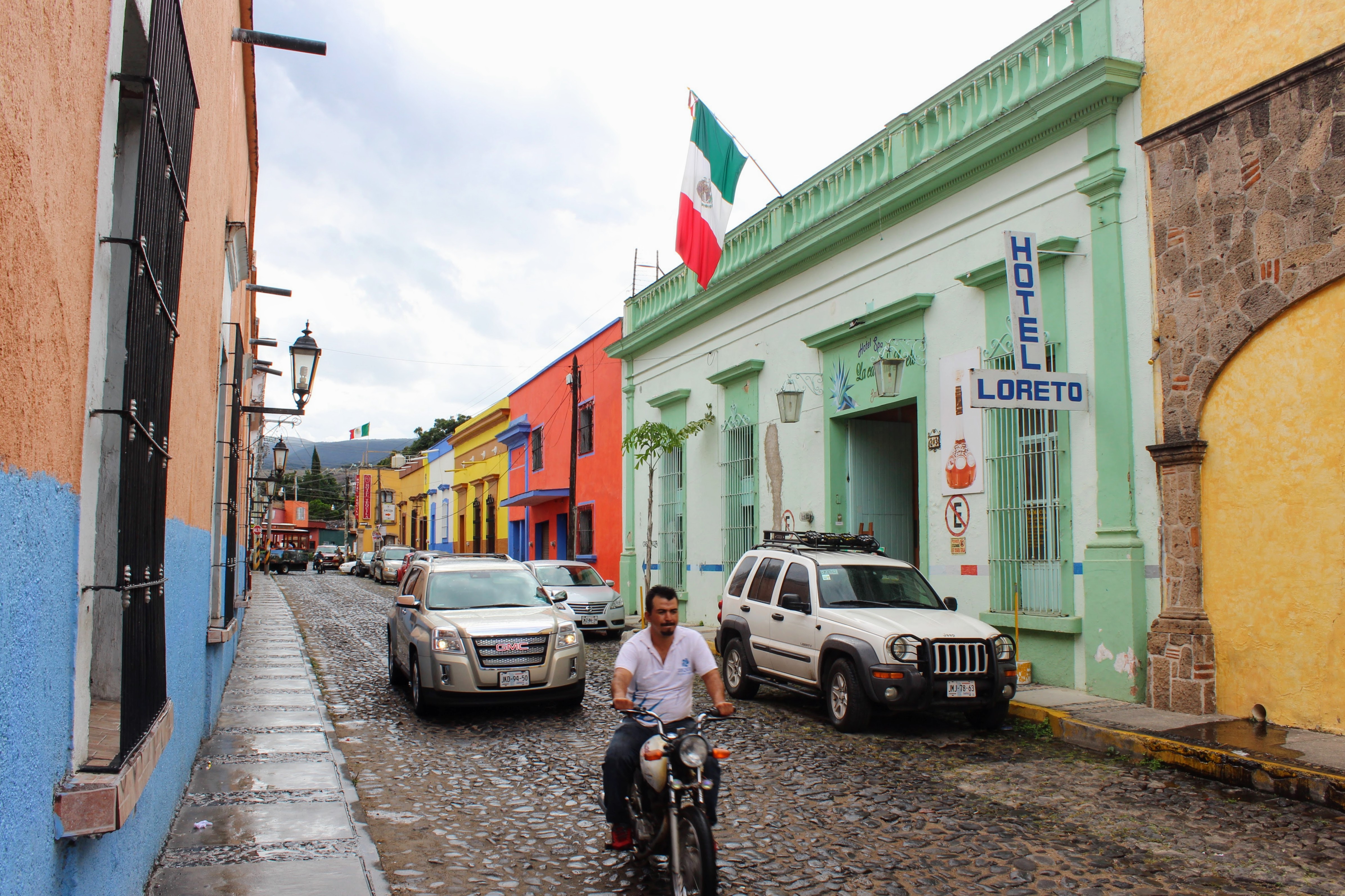 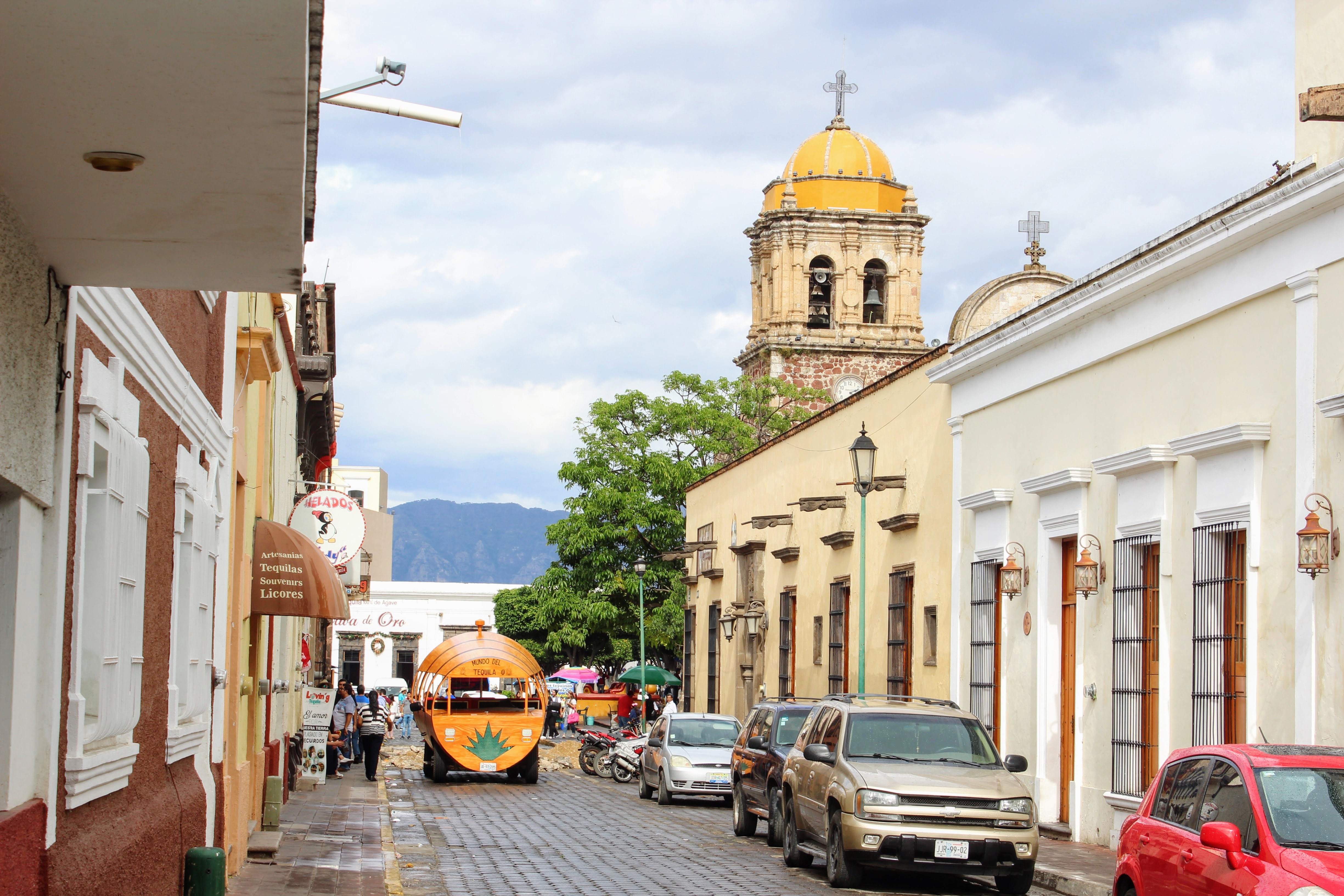 Unsurprisingly, Tequila is flowing abundantly here. So maybe not that tranquil after all. 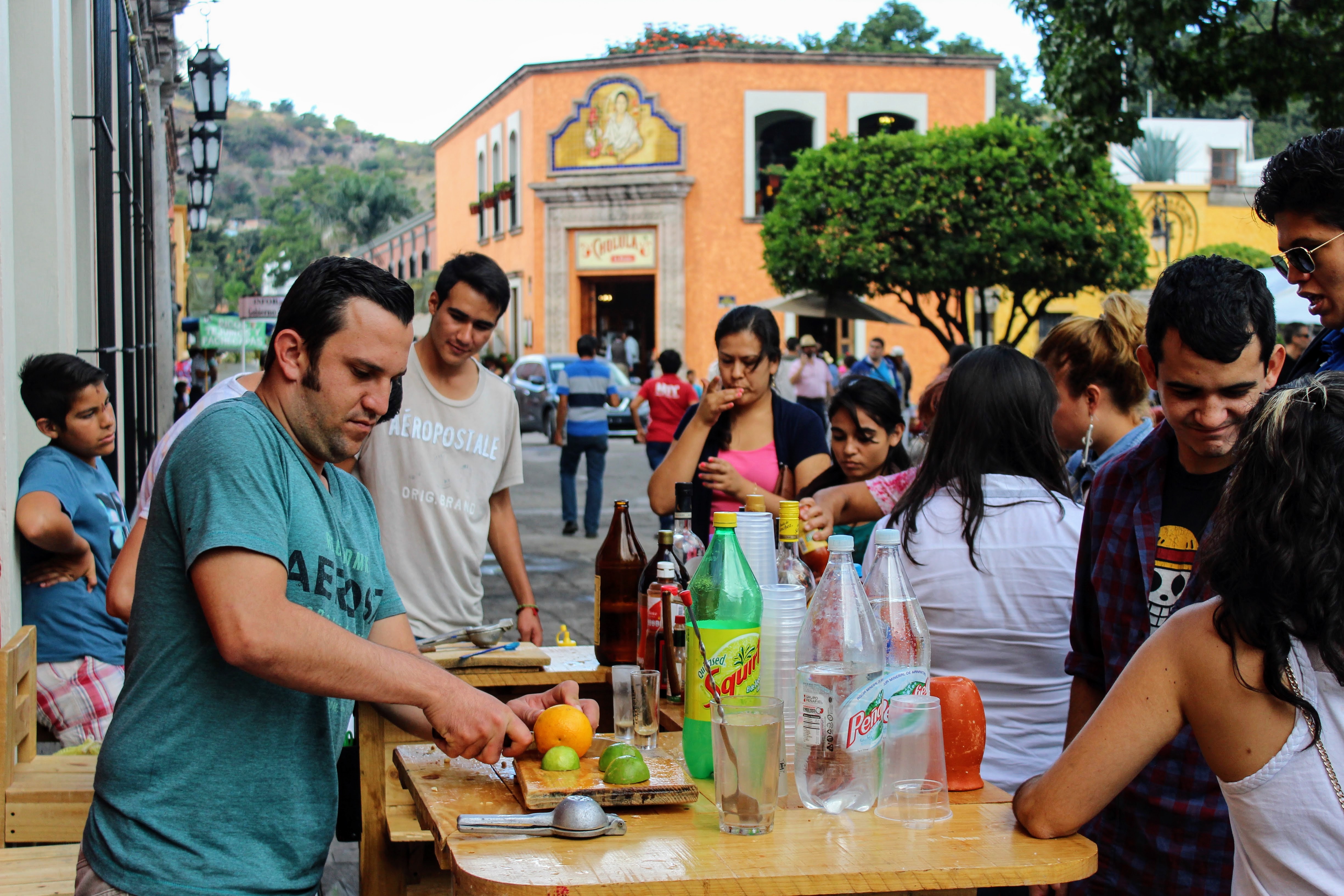 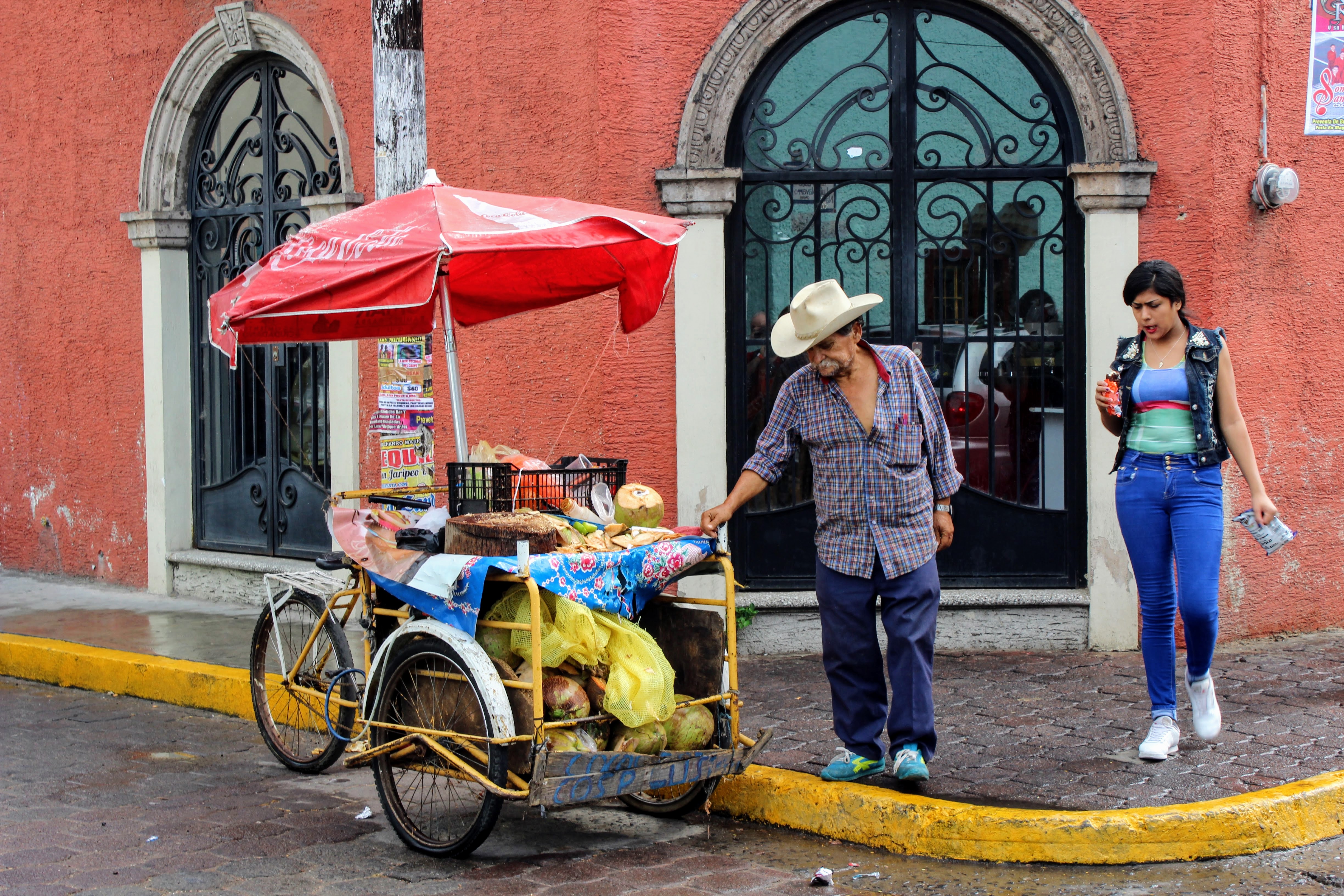 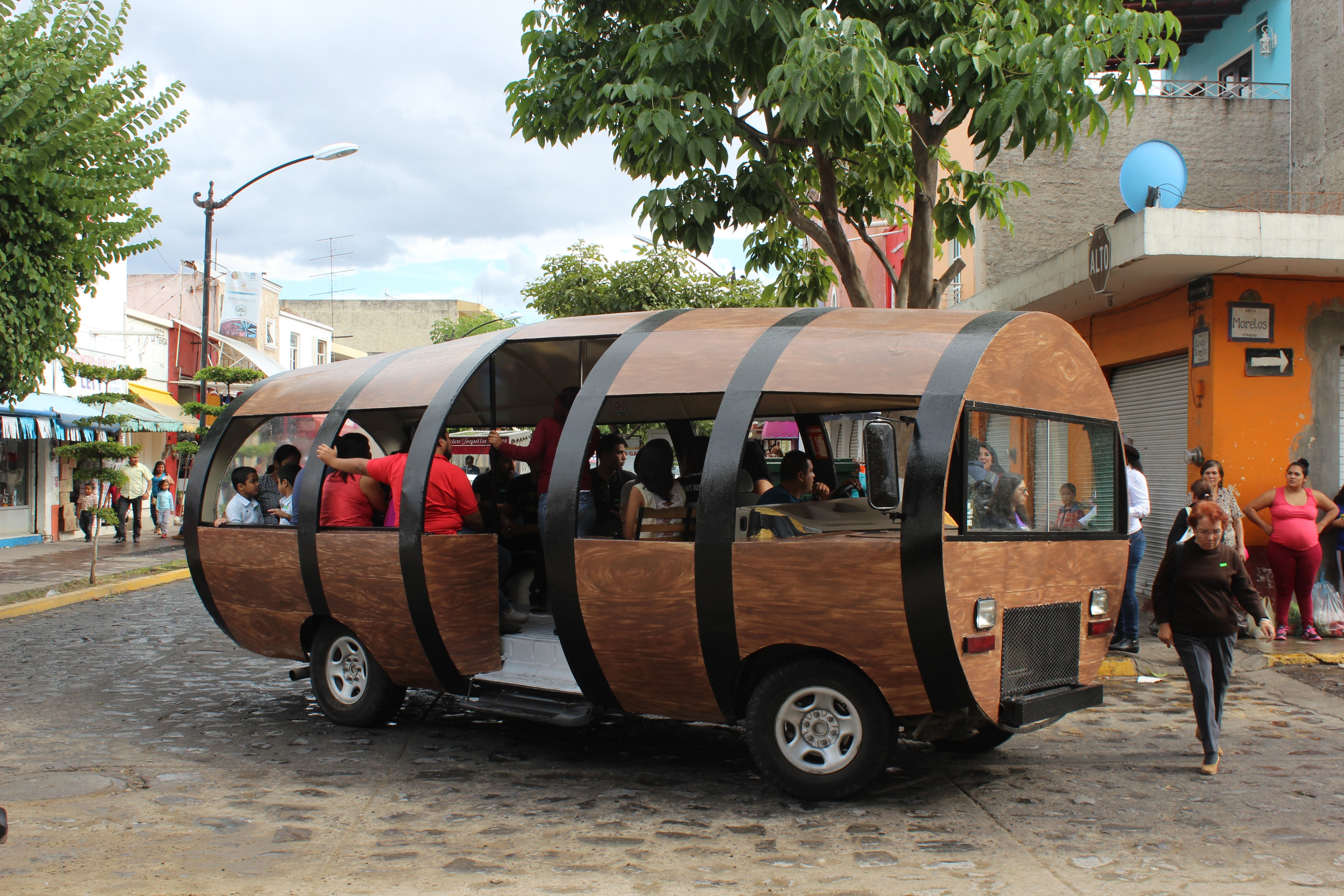 La Casa de Nena Antojitos Mexicanos, where we stopped for lunch, is a small typical eatery. Older lady cooking right in front of the visitors must be Nena herself. 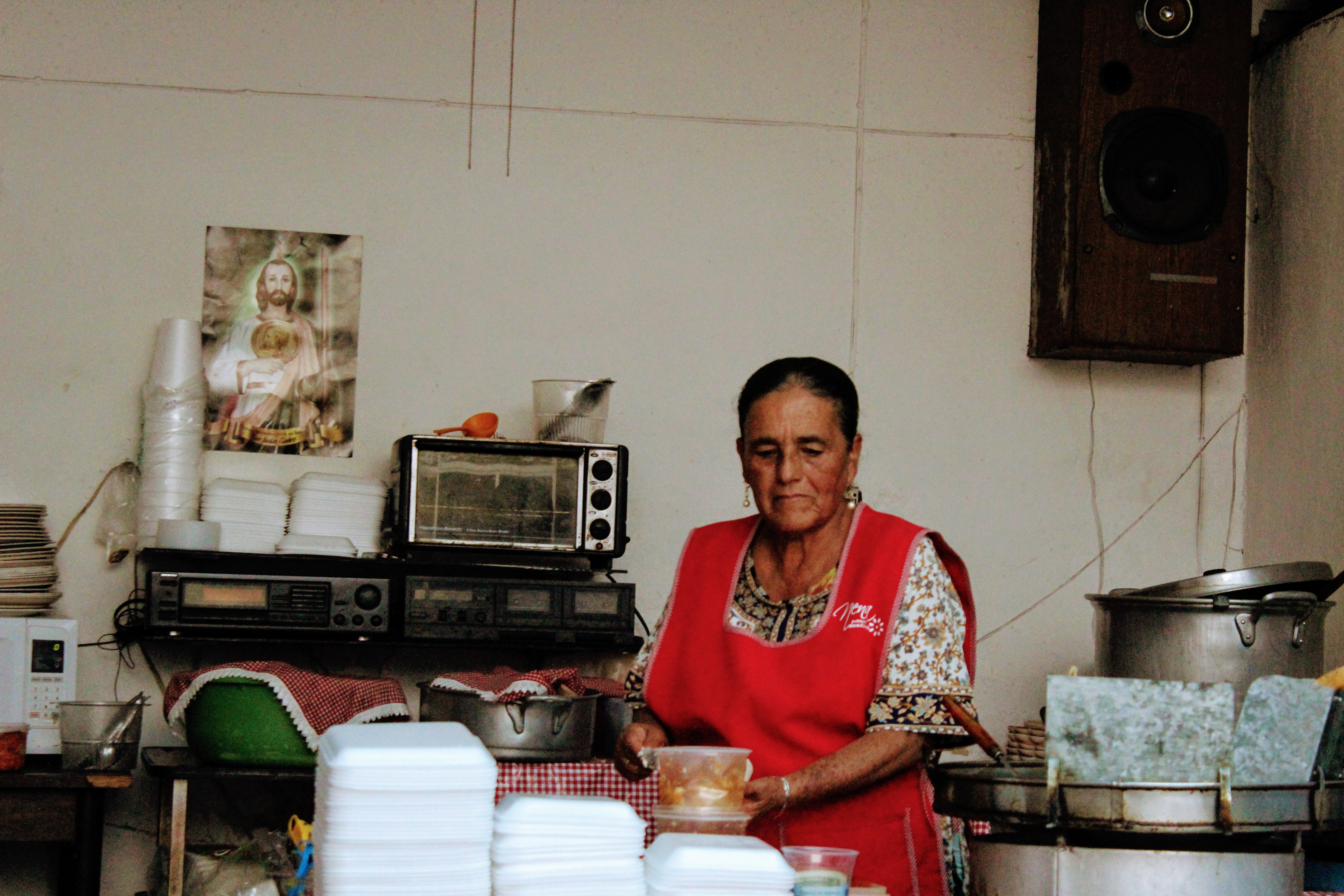 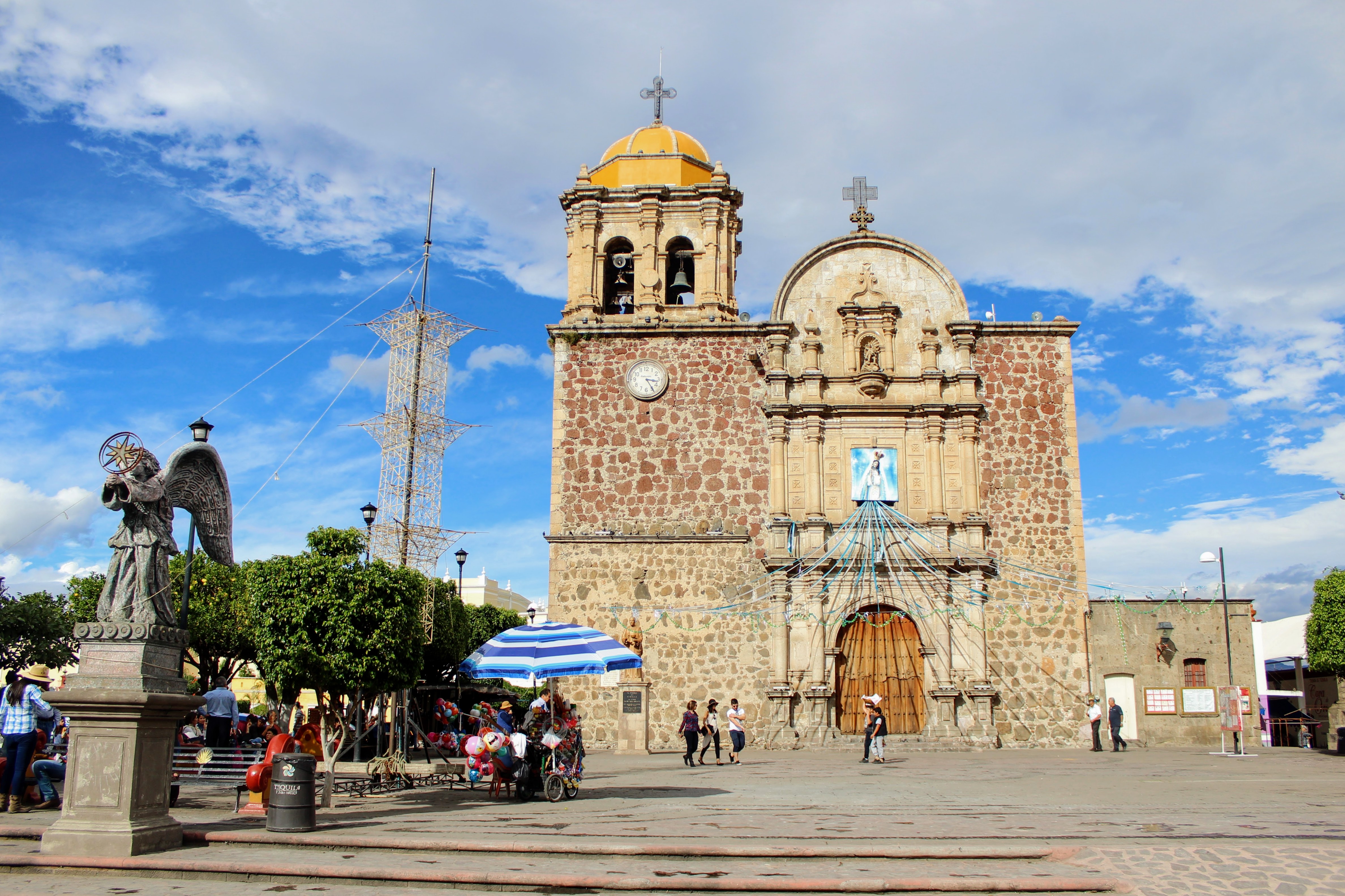 A church on the main town square is a blueprint followed by seemingly every town in Mexico. Say what you want about the Spanish, they were very consistent about their urban planning. 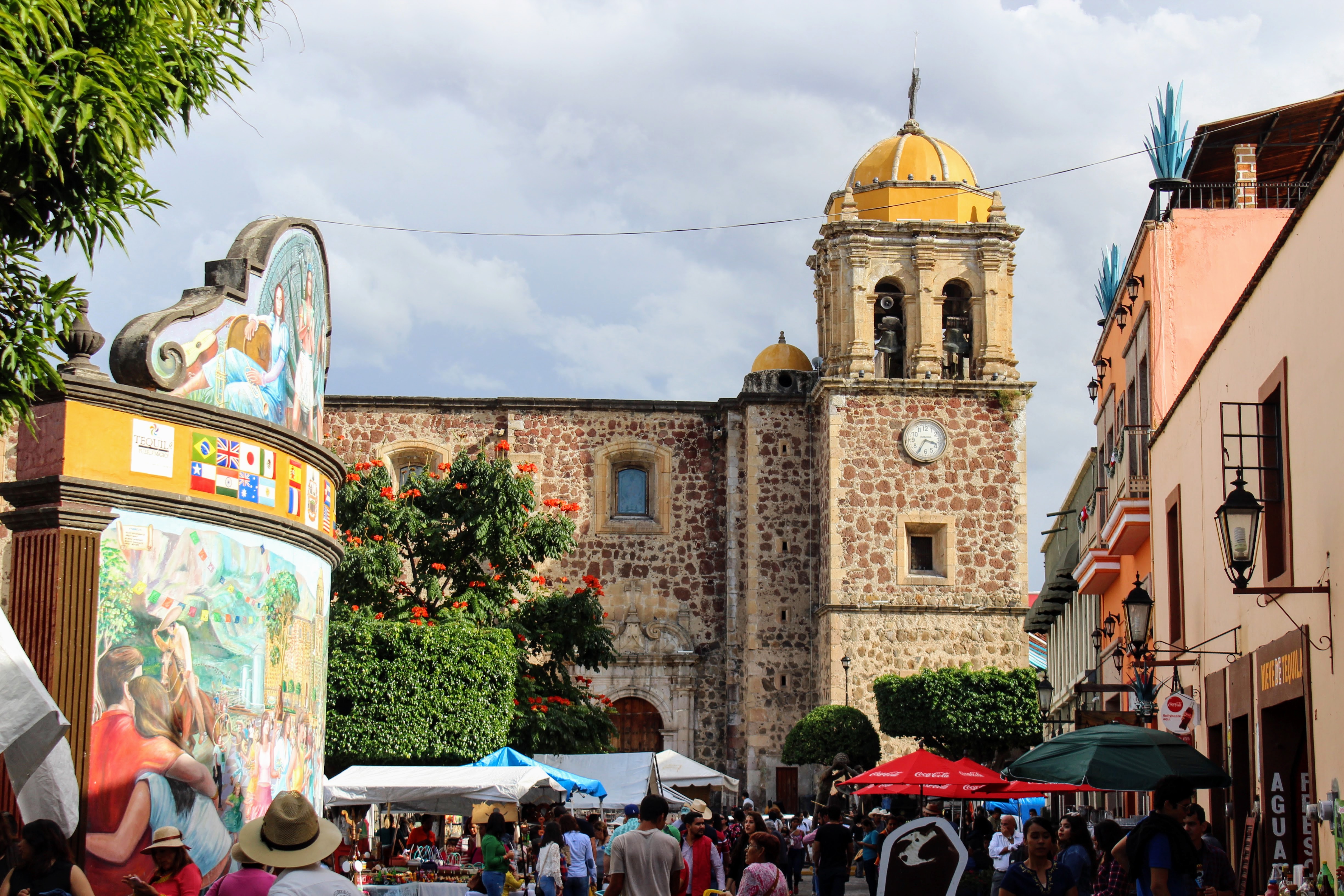 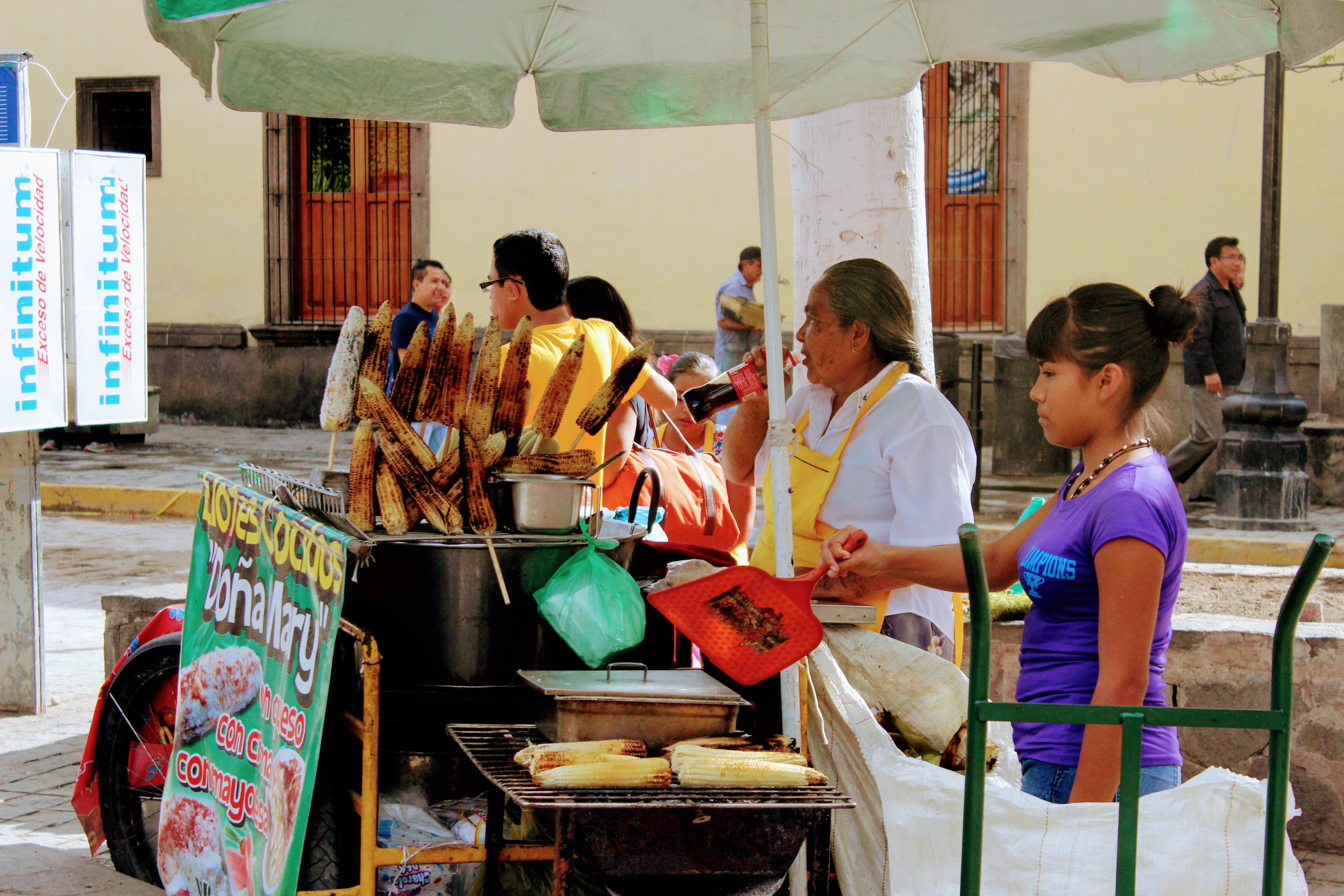 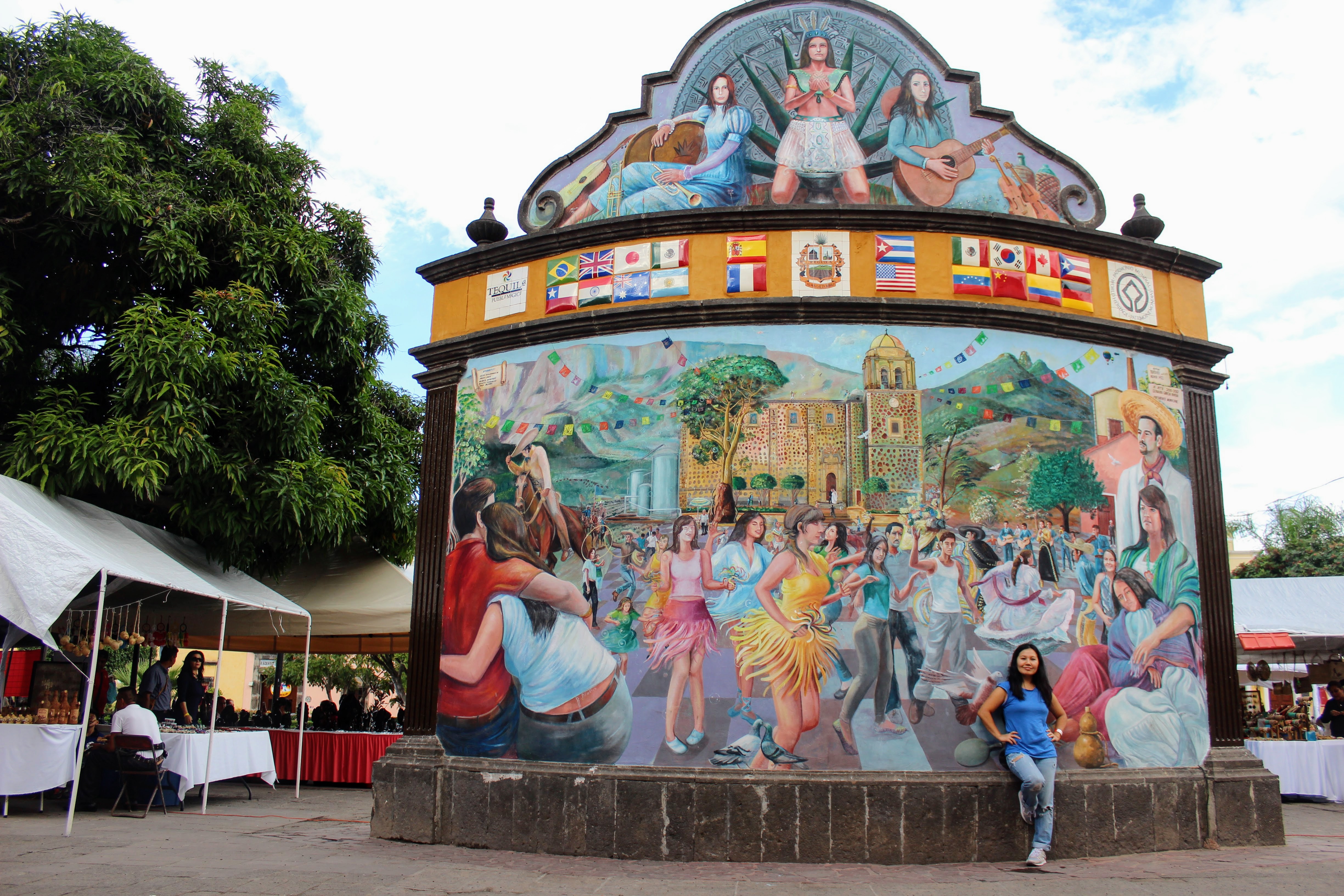 It’s popular to put plants on rooftops in Mexico. In Tequila, it takes a form of its own. 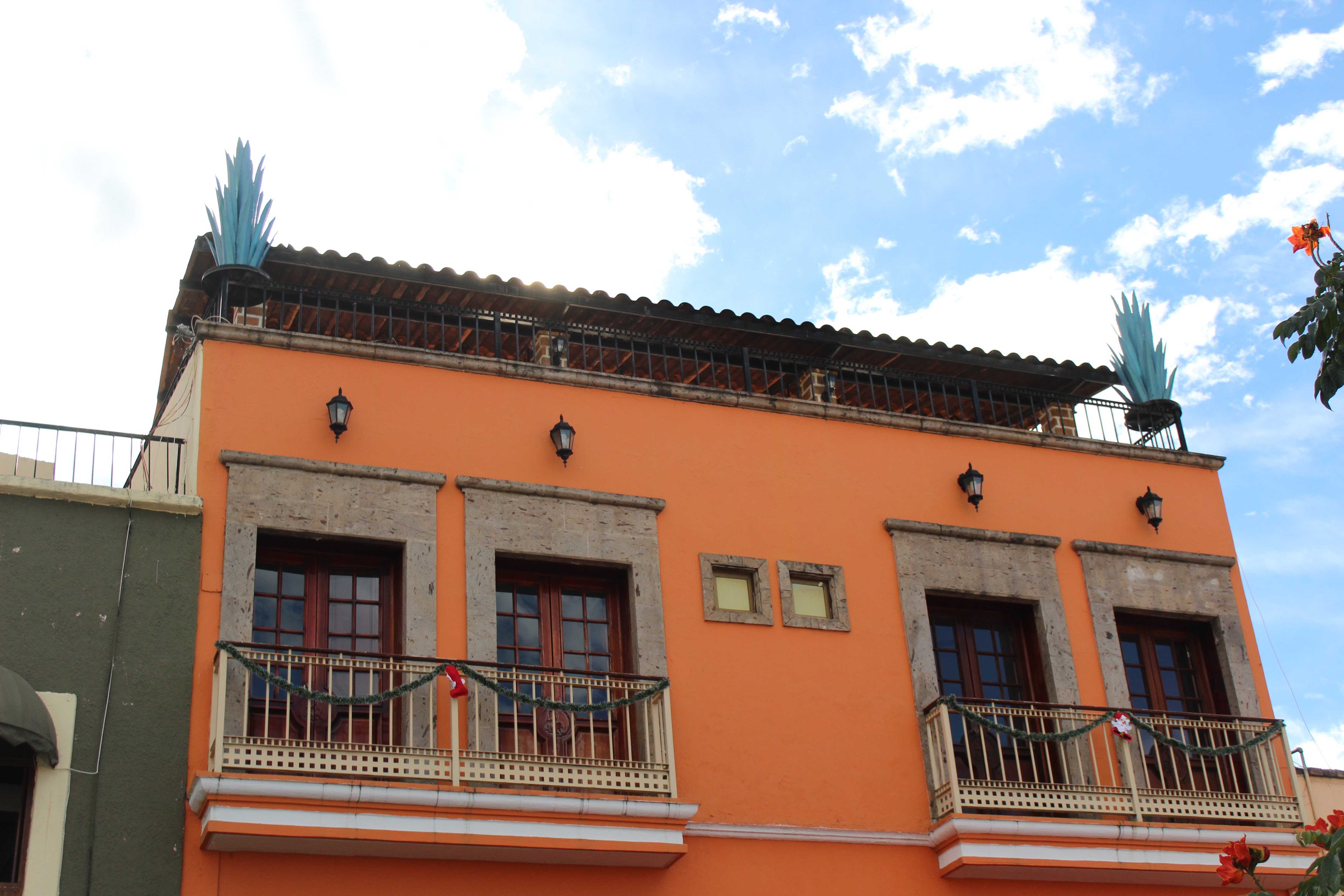 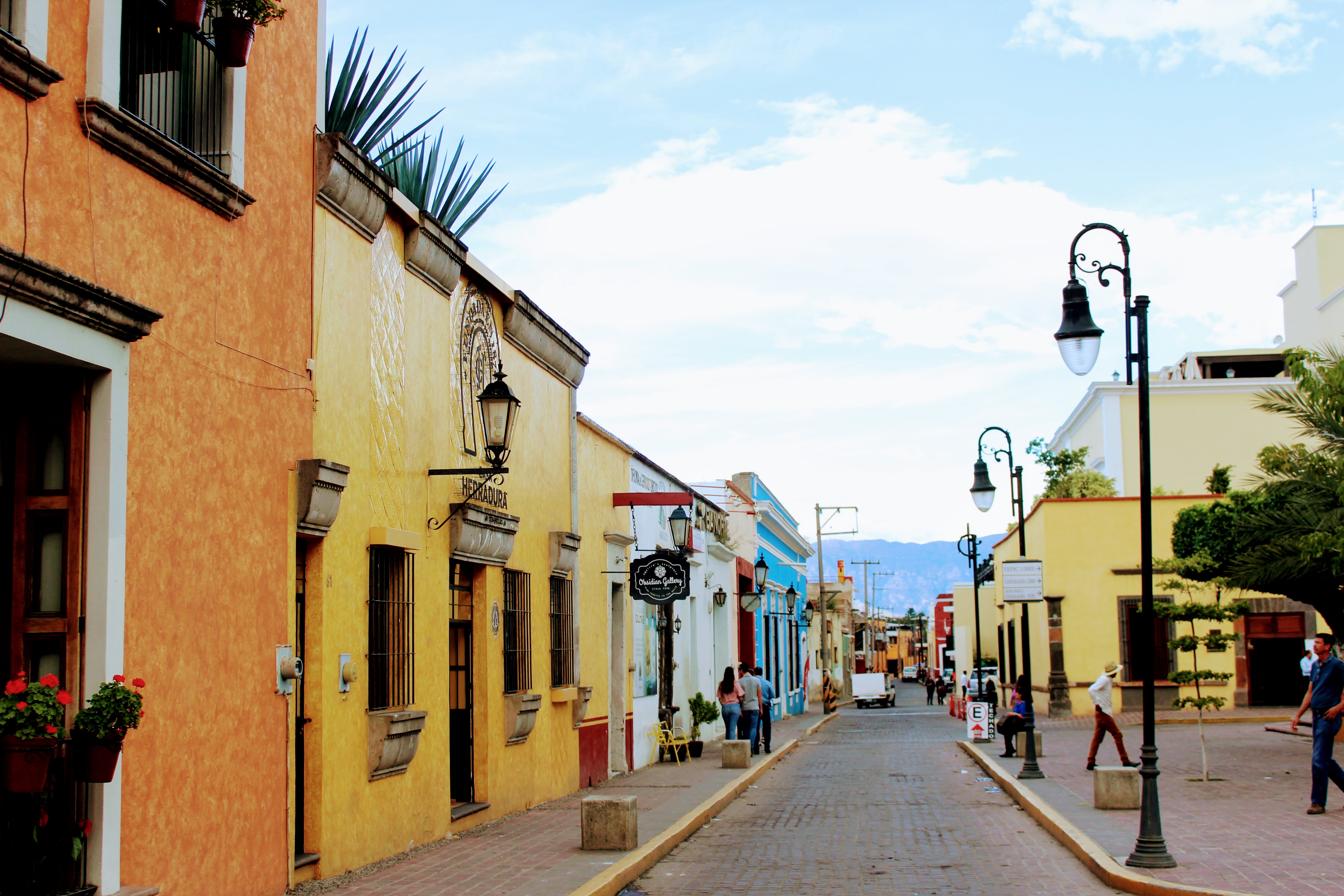 During a short rain during that noon, the sombrero vendors were convincing passers-by that the hat is as good for the rain as it is for sun. 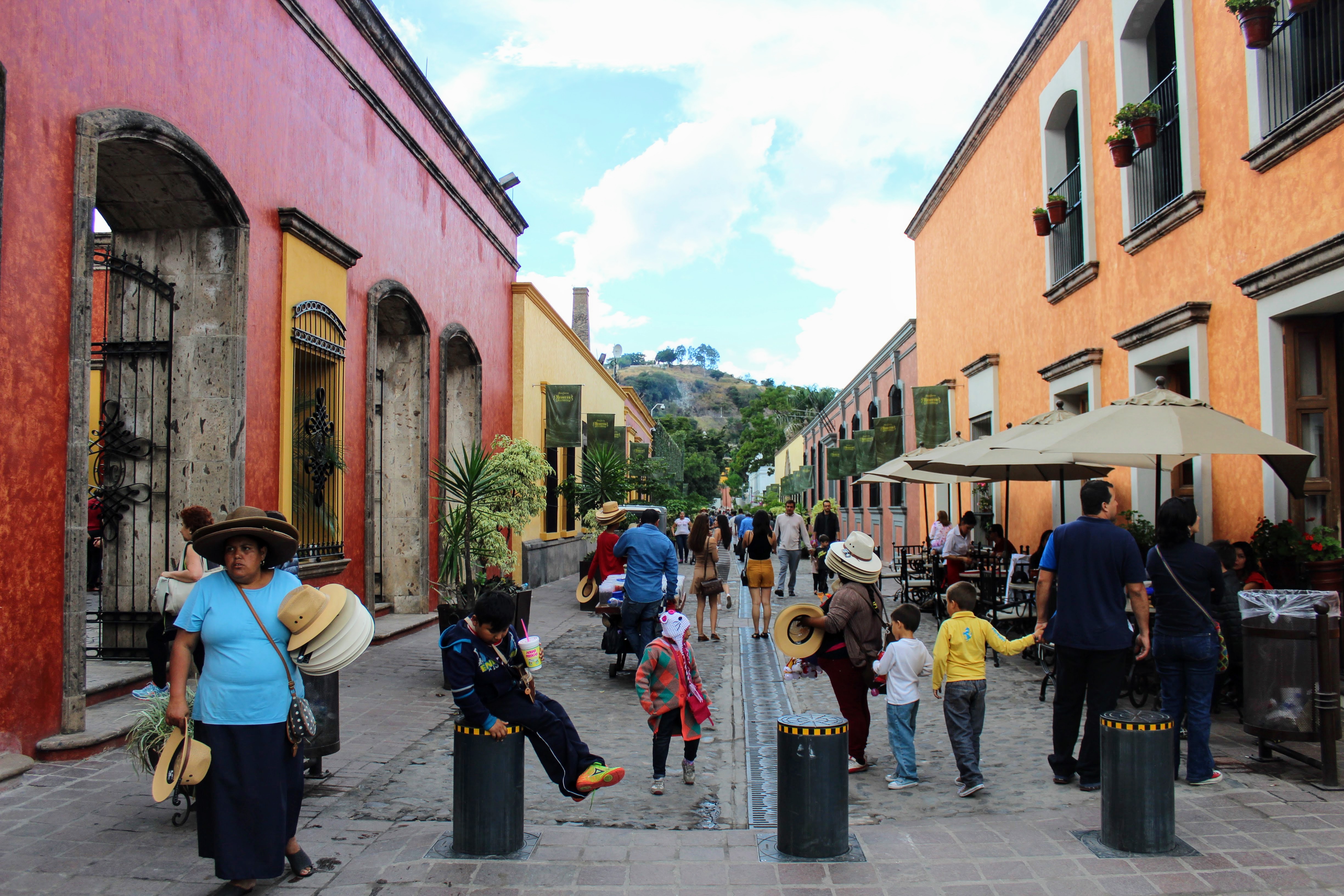 And this might be the most over-the-top Mexican photo I’ve ever taken: 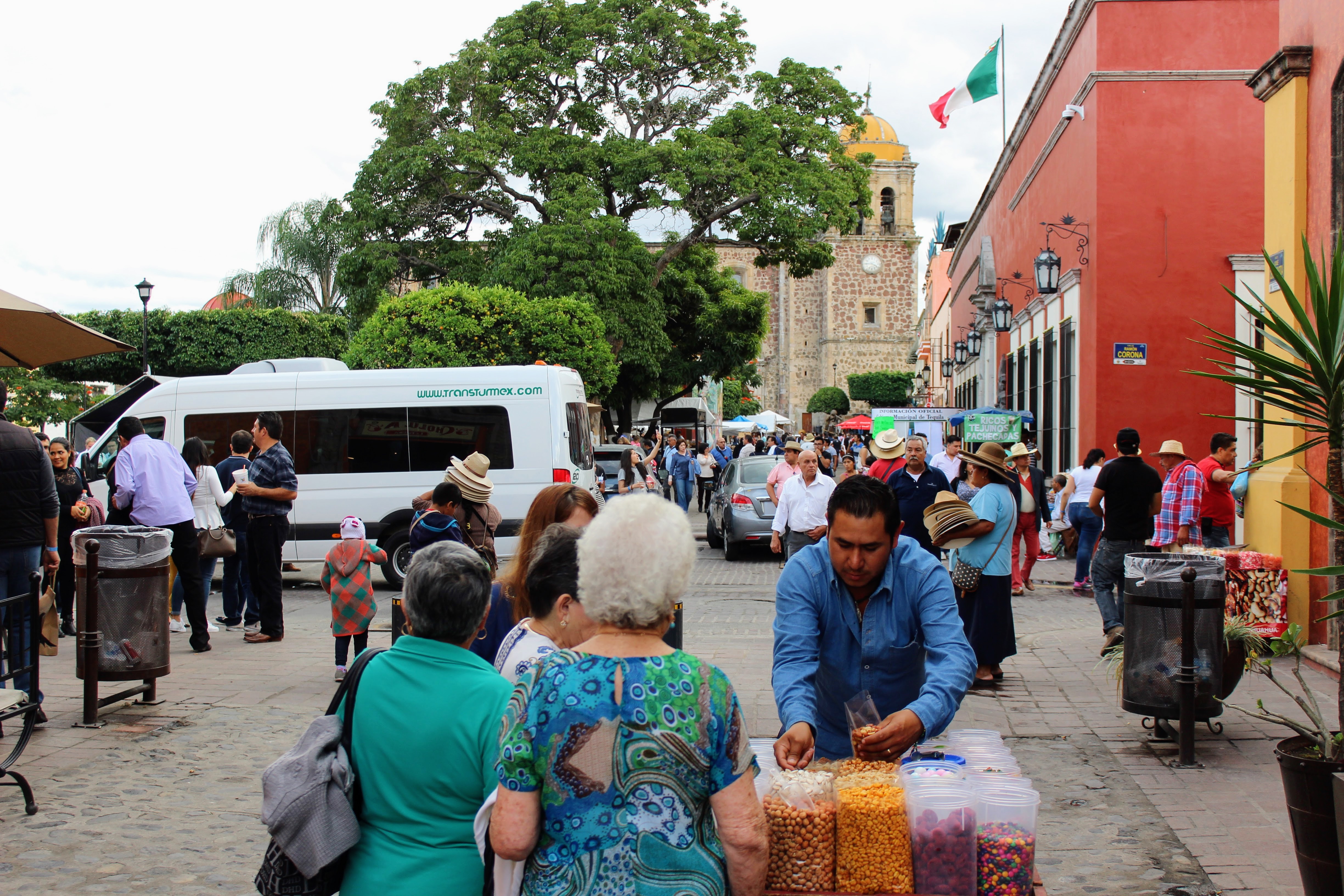 Back in the distillery, we received a live demonstration of how agave cores are cleared of roots. 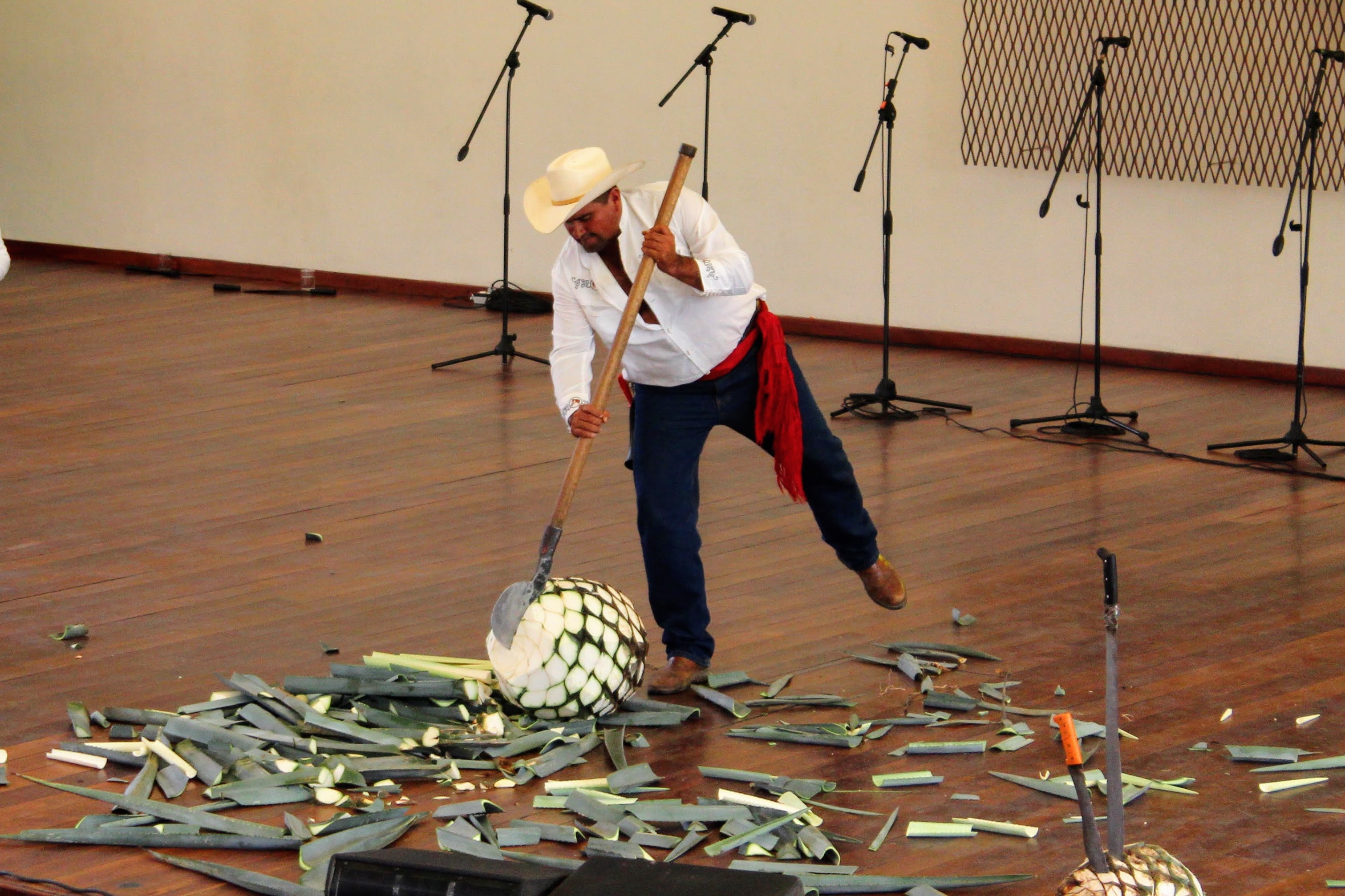 Which was followed by a number of traditional Mexican dances

When the show ended, we boarded a bus heading back to Guadalajara. 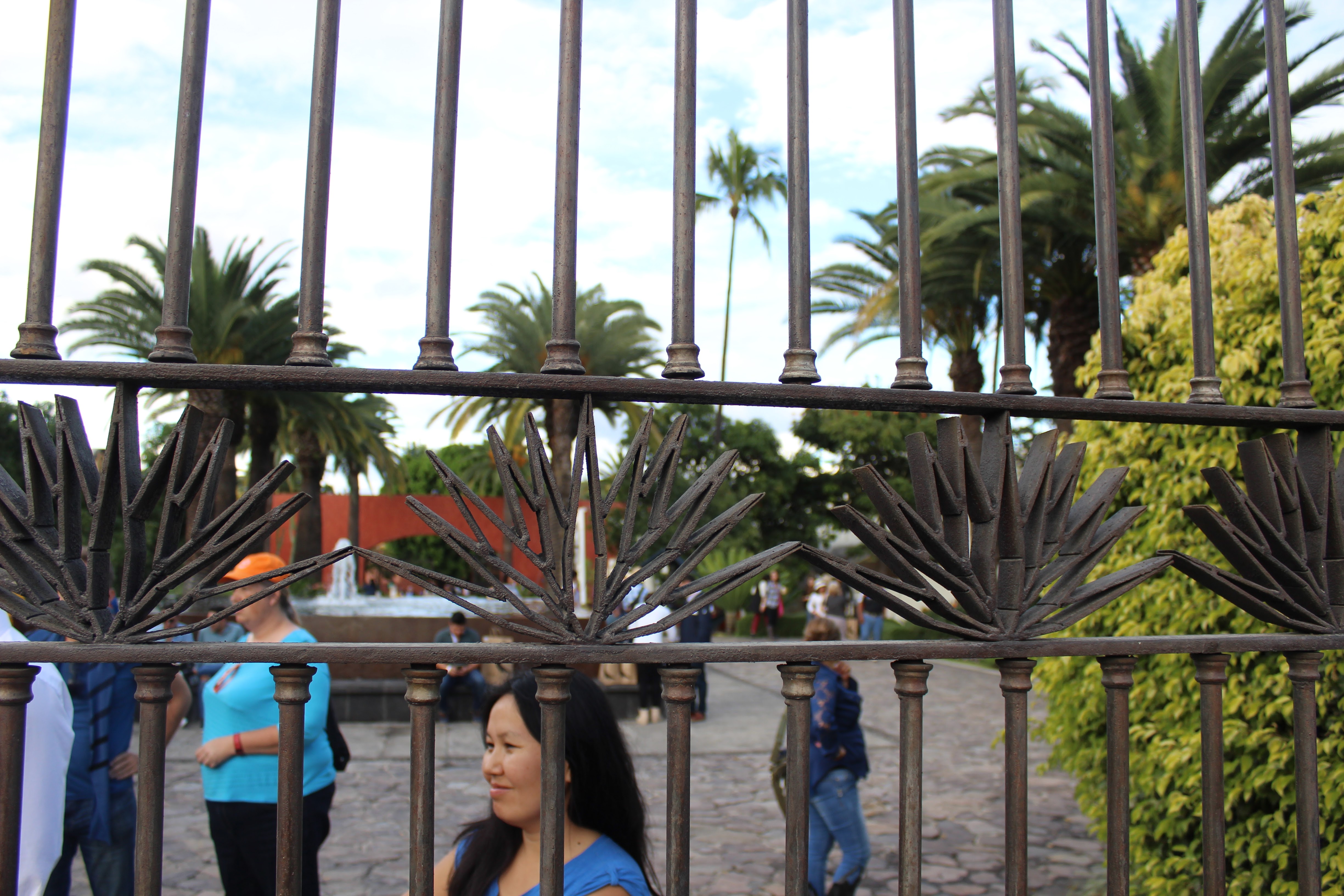 With the evening setting in, we were saying goodbye to our first Mexican town.