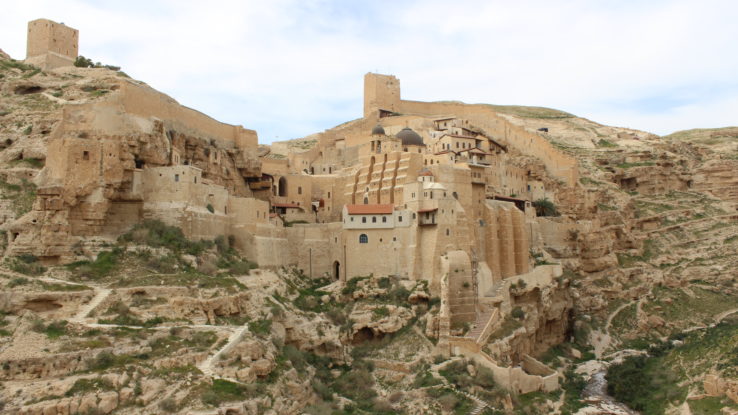 Most tourists visiting Israel don’t know about it. Hell, many Israelis haven’t heard of it. But the Mar Saba monastery in the Judaean desert, less than 15 km from Jerusalem, is an incredible sight. Being one of the first monasteries in the history of Christianity, continually occupied for over 1500 years, it’s an important pilgrimage site for Christian Orthodox. For everyone else, it’s a Middle-Eastern citadel straight from the fantasy books.

Since the monastery is located in the West Bank, for Israelis there is no safe way to reach it by car. Which makes trekking in the Judean desert the only viable route. After some confusion in directions, which almost caused us to arrive to the Palestinian Jericho (not a mistake Israelis should be making), we finally found the Kedar South settlement, where we were meeting with our group. We left the car, and headed out.

March is a great time to hike in the Judean desert. Not only the weather is nice, but you also get to see the desert covered in green. 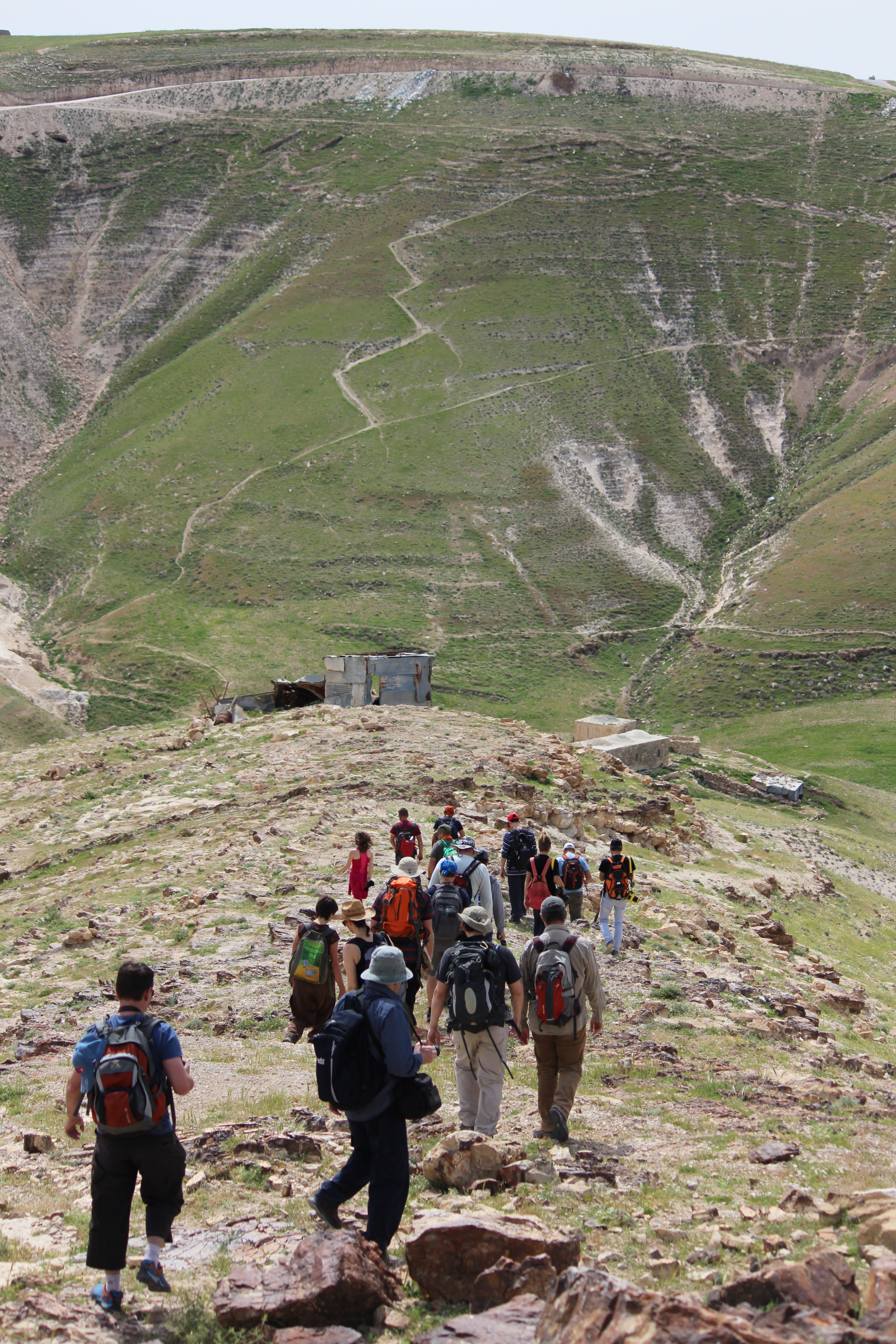 Staying on the east side of the Kidron channel, we continued on our way, occasionally meeting Bedouin shepherds. 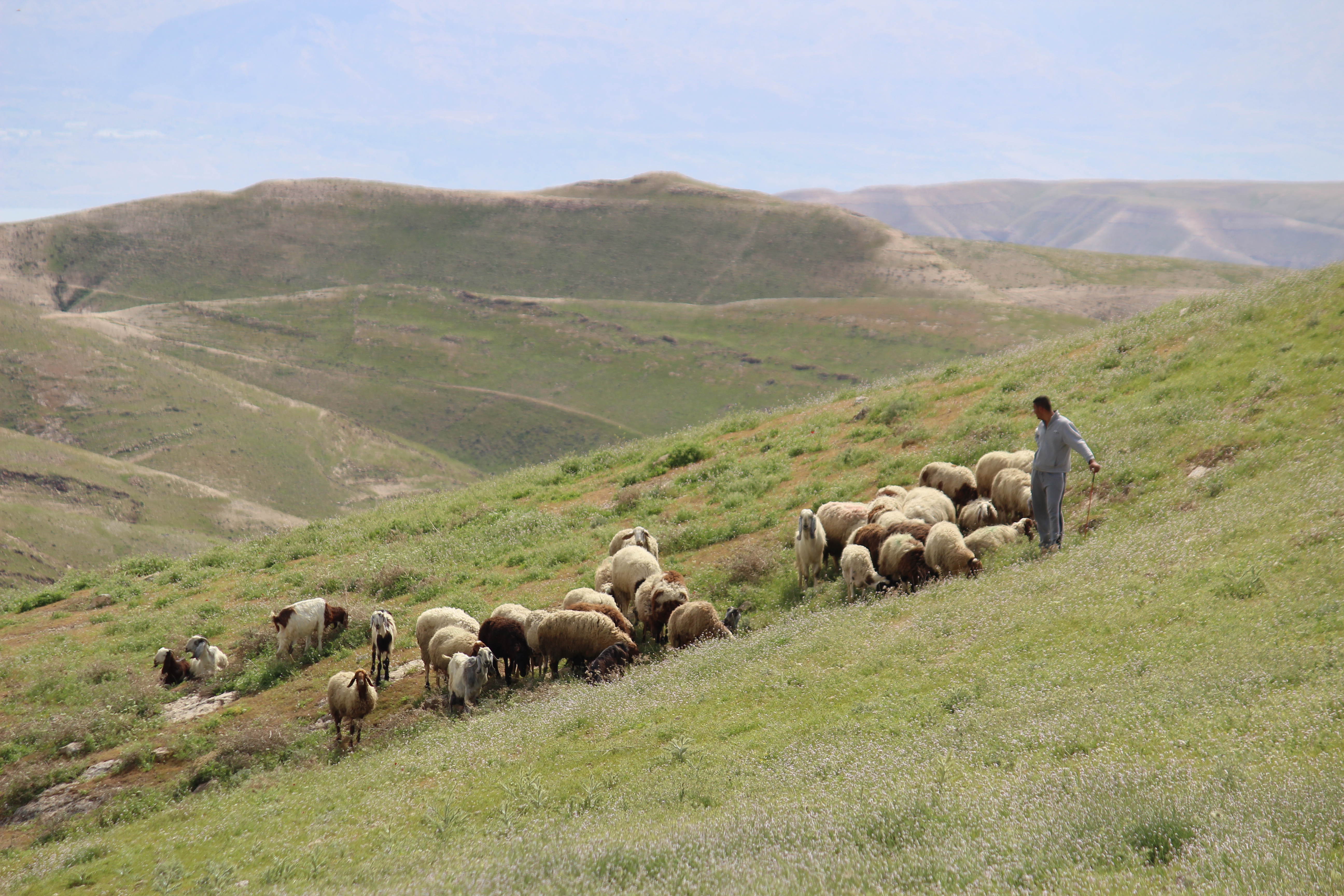 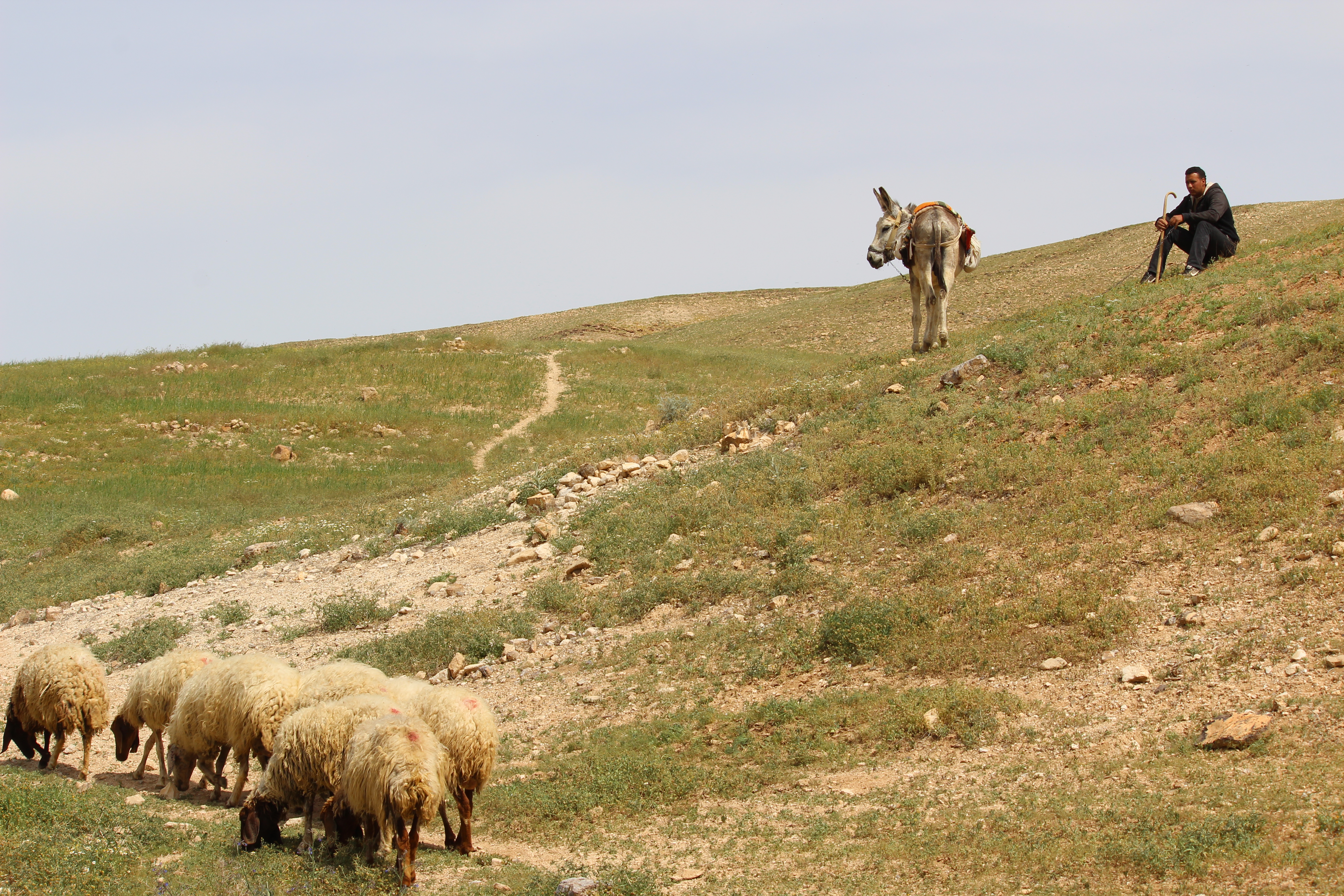 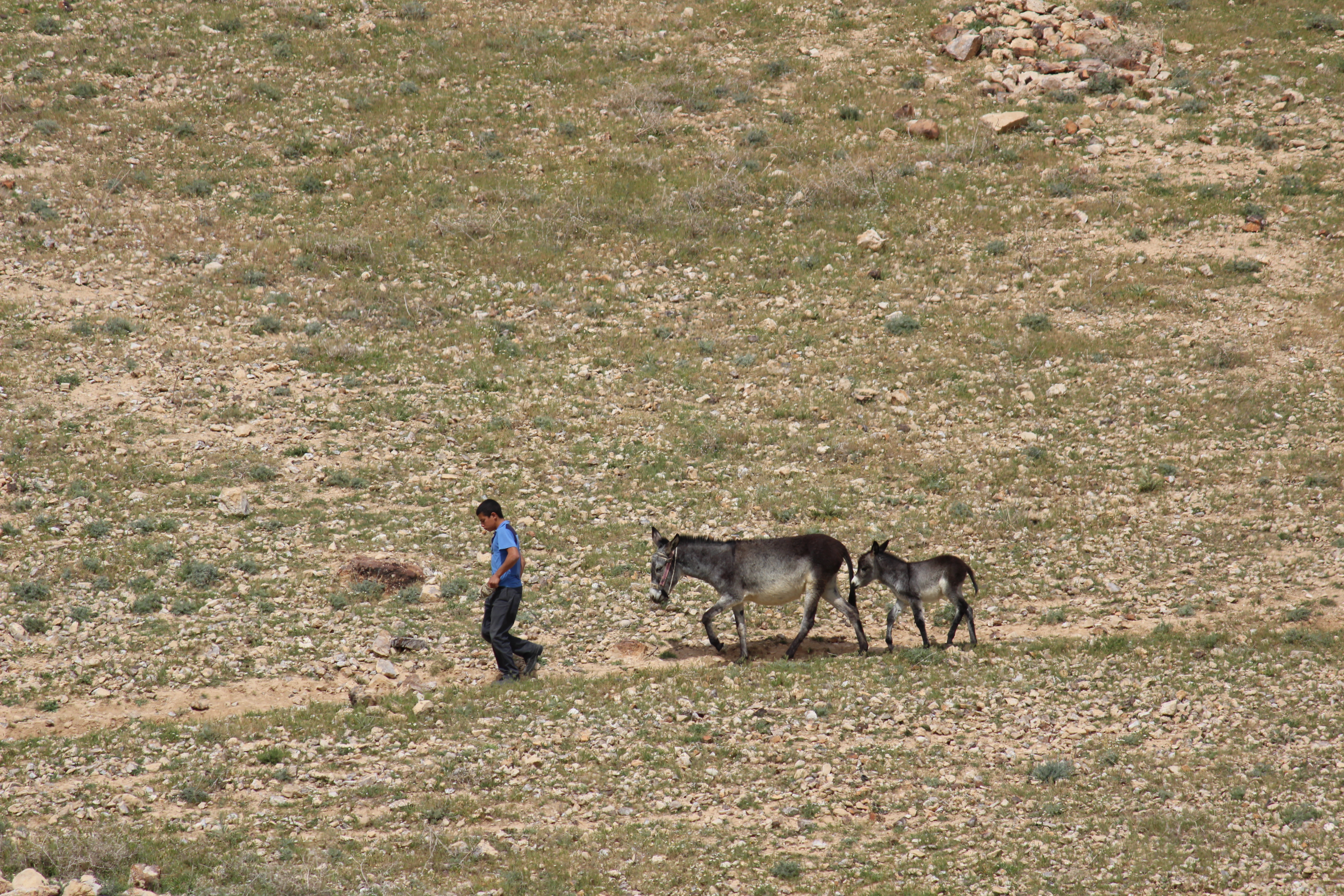 A wall of stench accompanying the Kidron channel gets an explanation, when you see from close-by the amount of garbage it has accumulated. 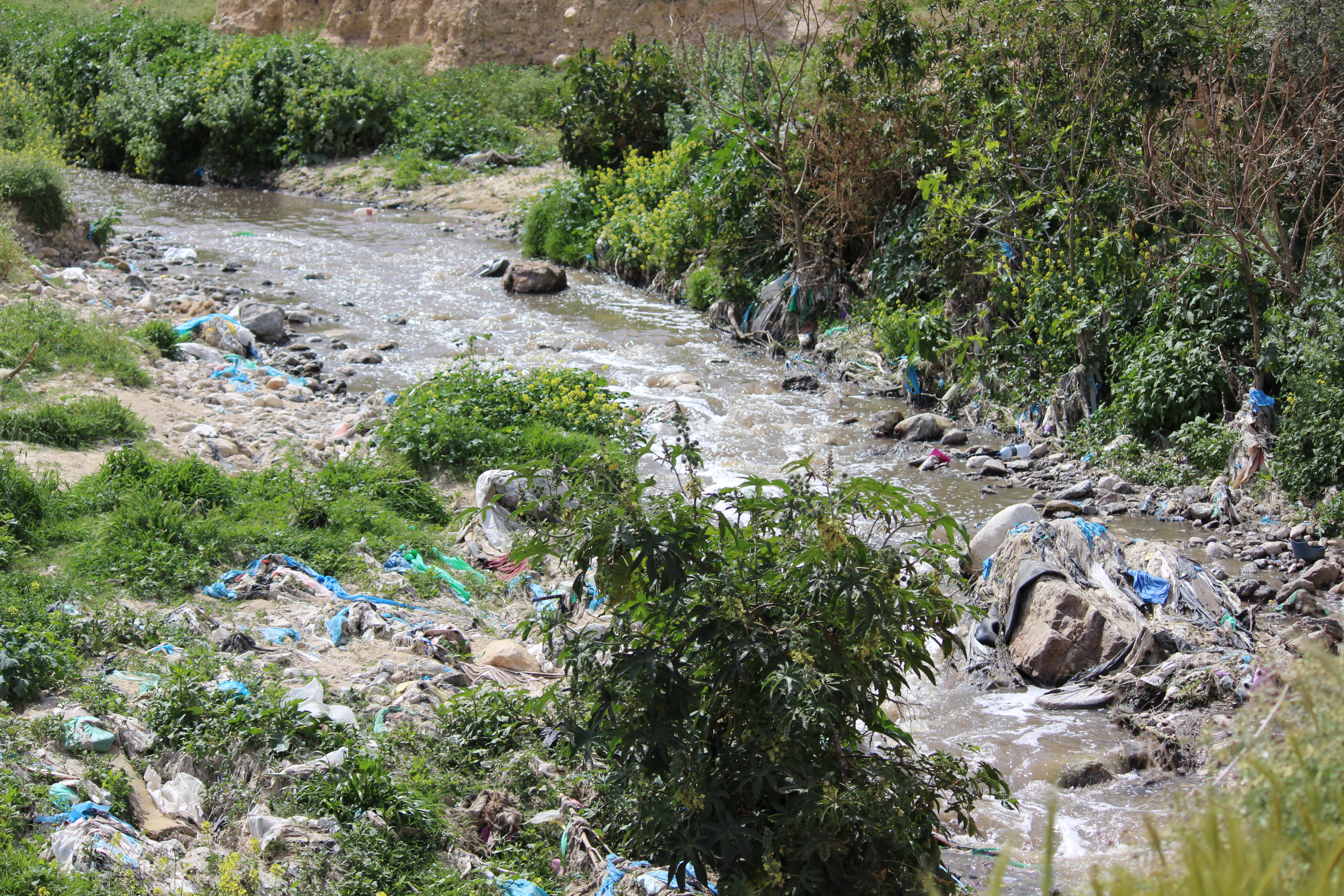 At some point the channel transforms into a narrow canyon. 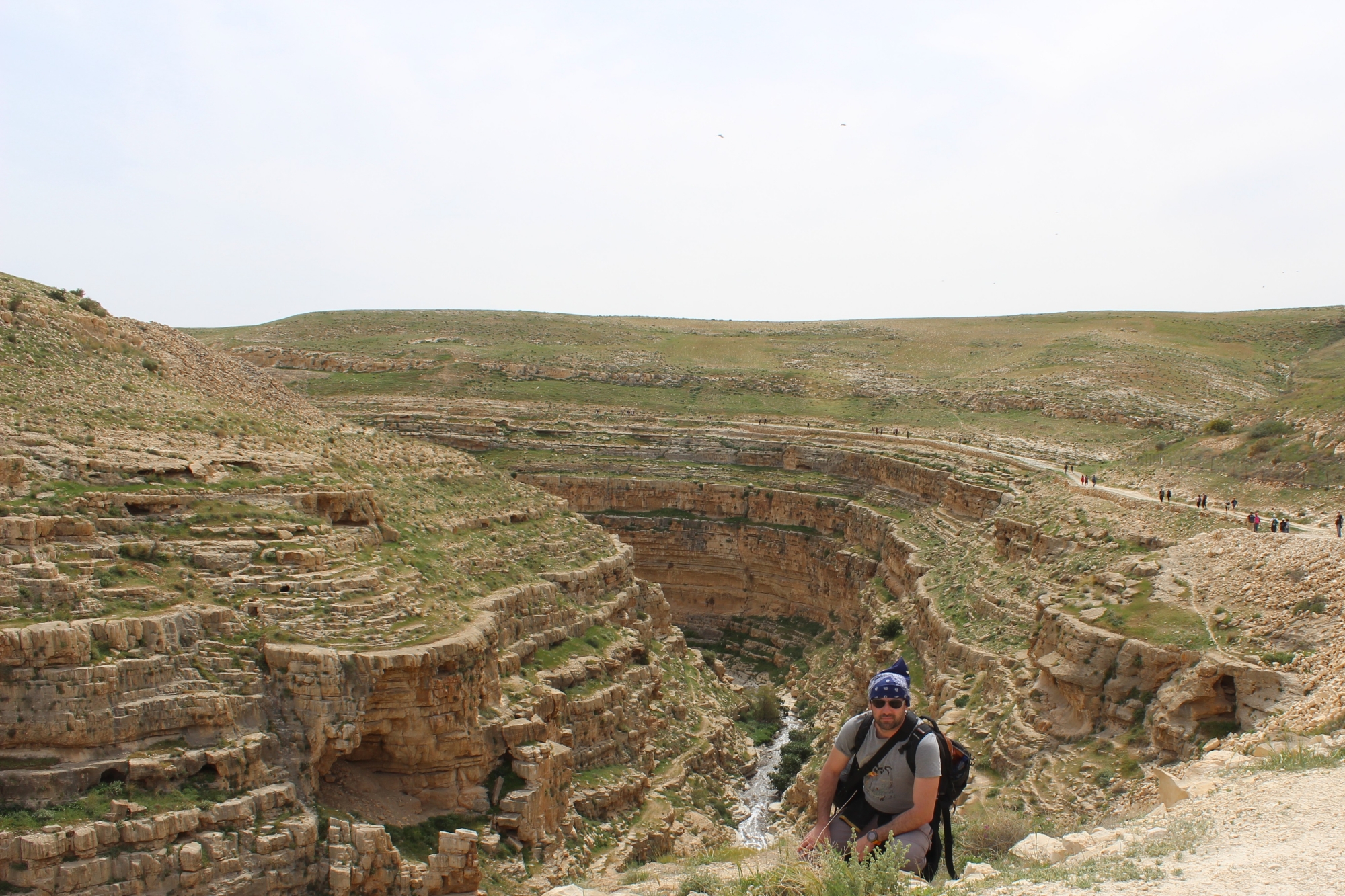 Finally, after some more walk, Mar Saba showed its side. But don’t be mistaken by its unassuming looks. Most of it is still hidden from the view. 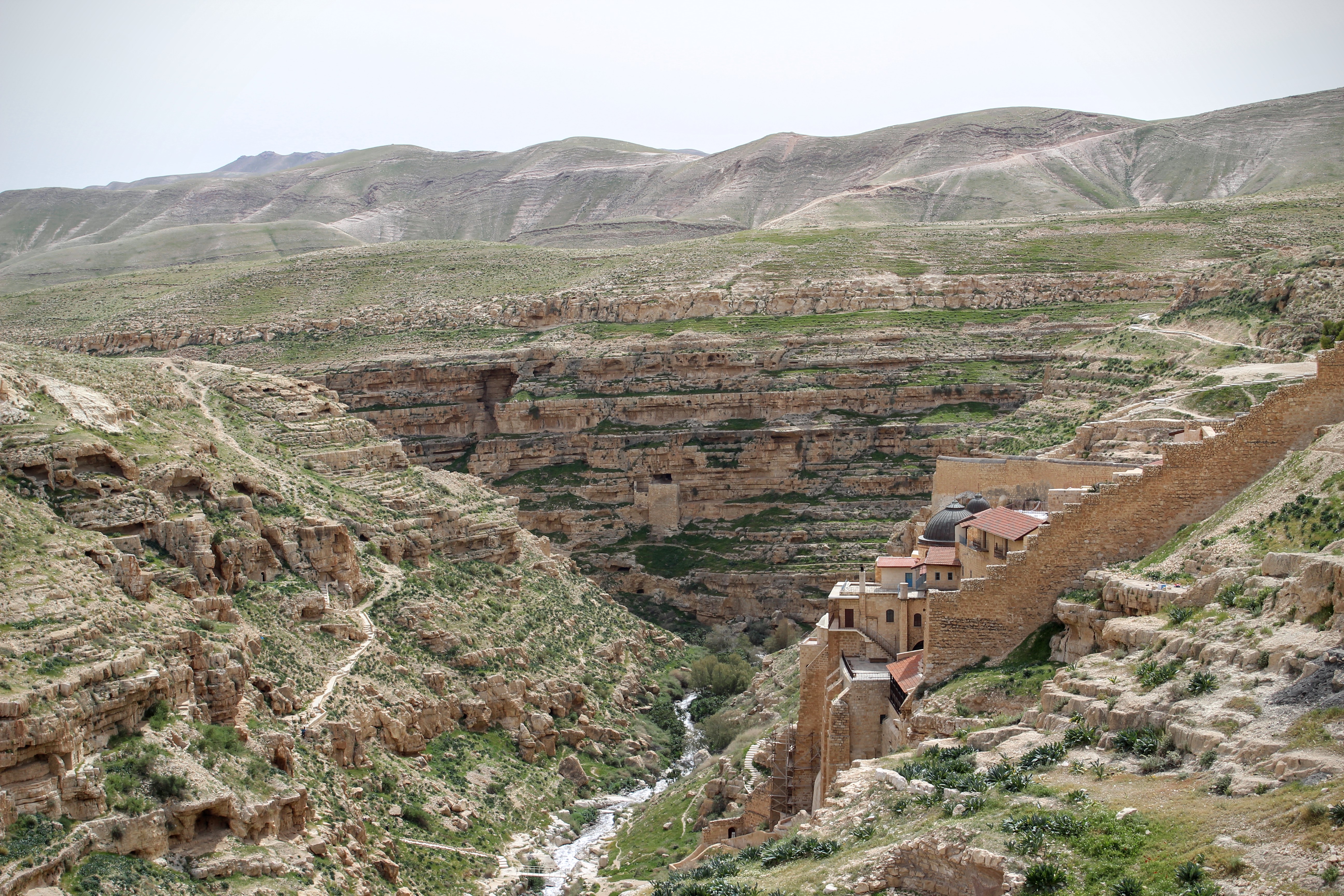 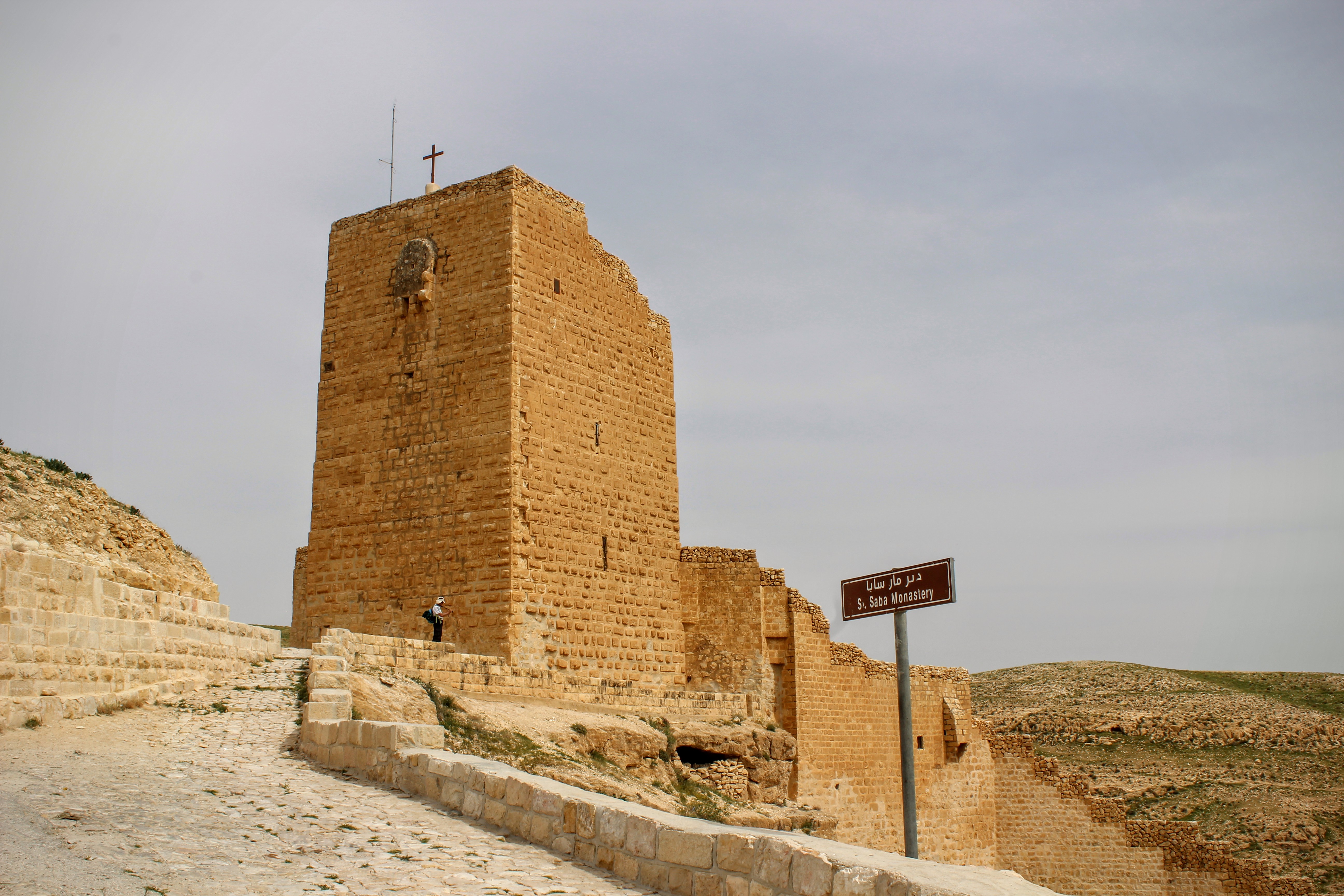 Being one of the oldest inhabited monasteries in the world, Mar Saba still maintains many of its ancient traditions. One in particular is the restriction on women entering the main compound. 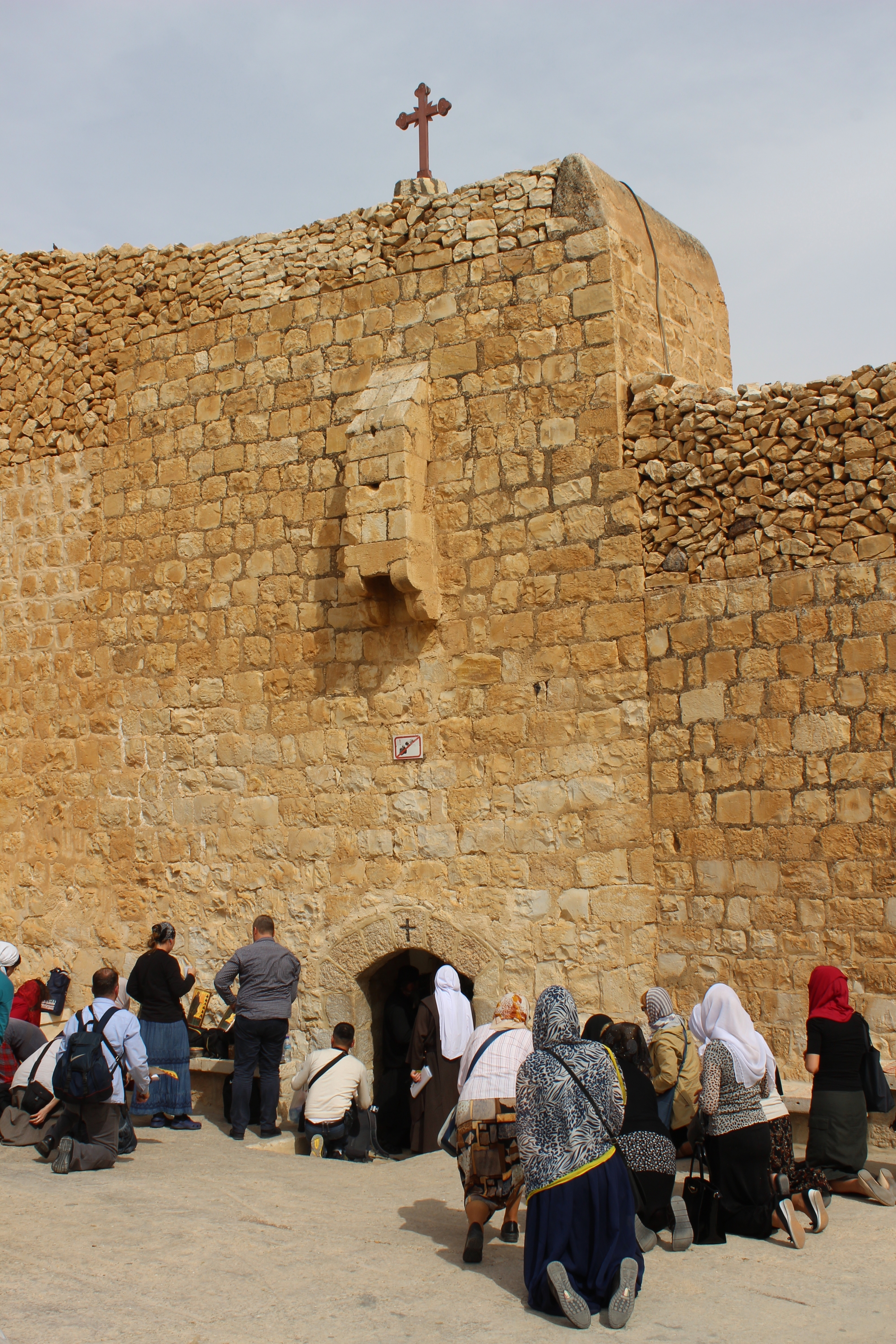 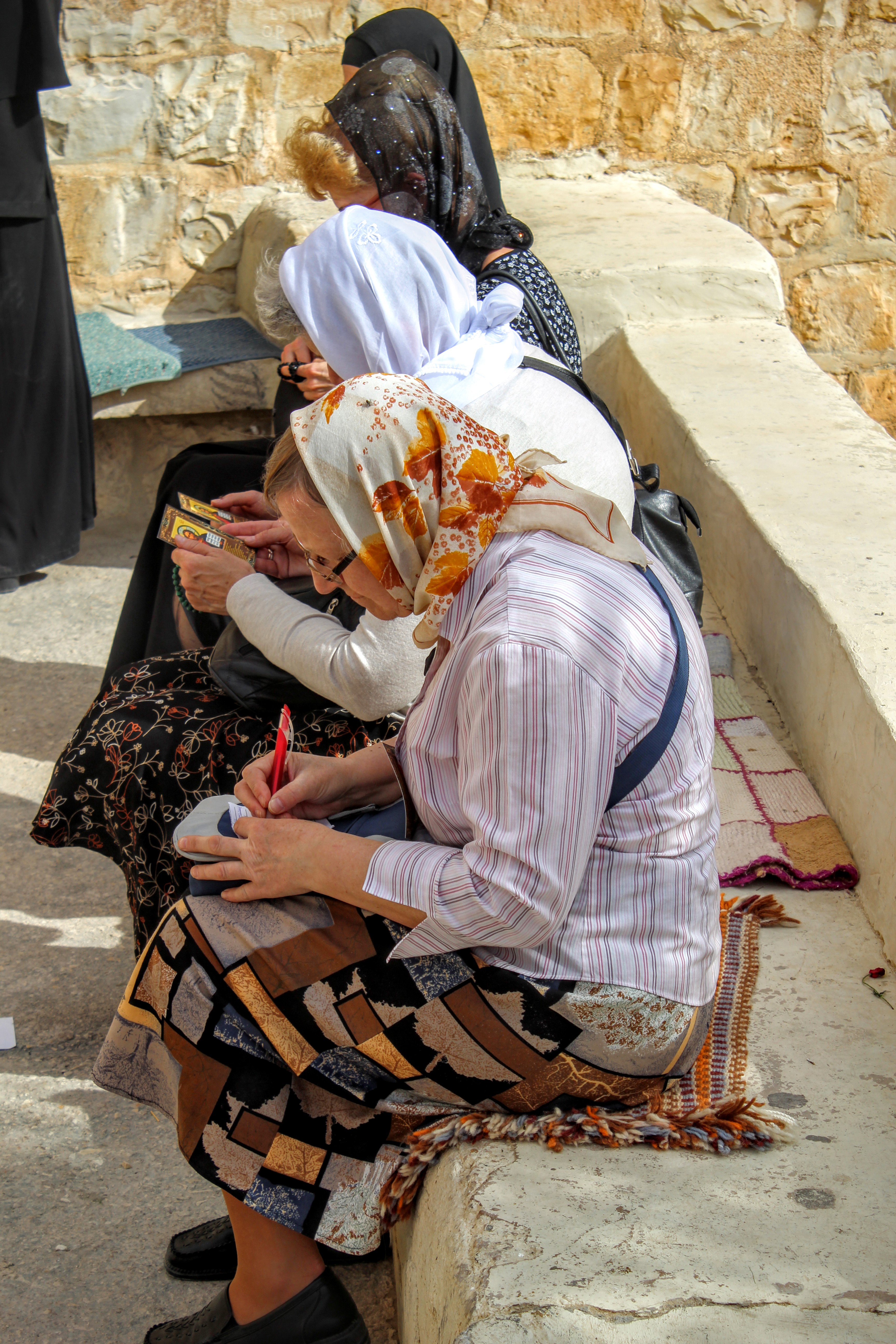 While the men in our group were allowed inside the monastery, the women had to remain outside.

Taking the stairs down, we were soon in front of the small golden-domed shrine of Saint Sabbas. 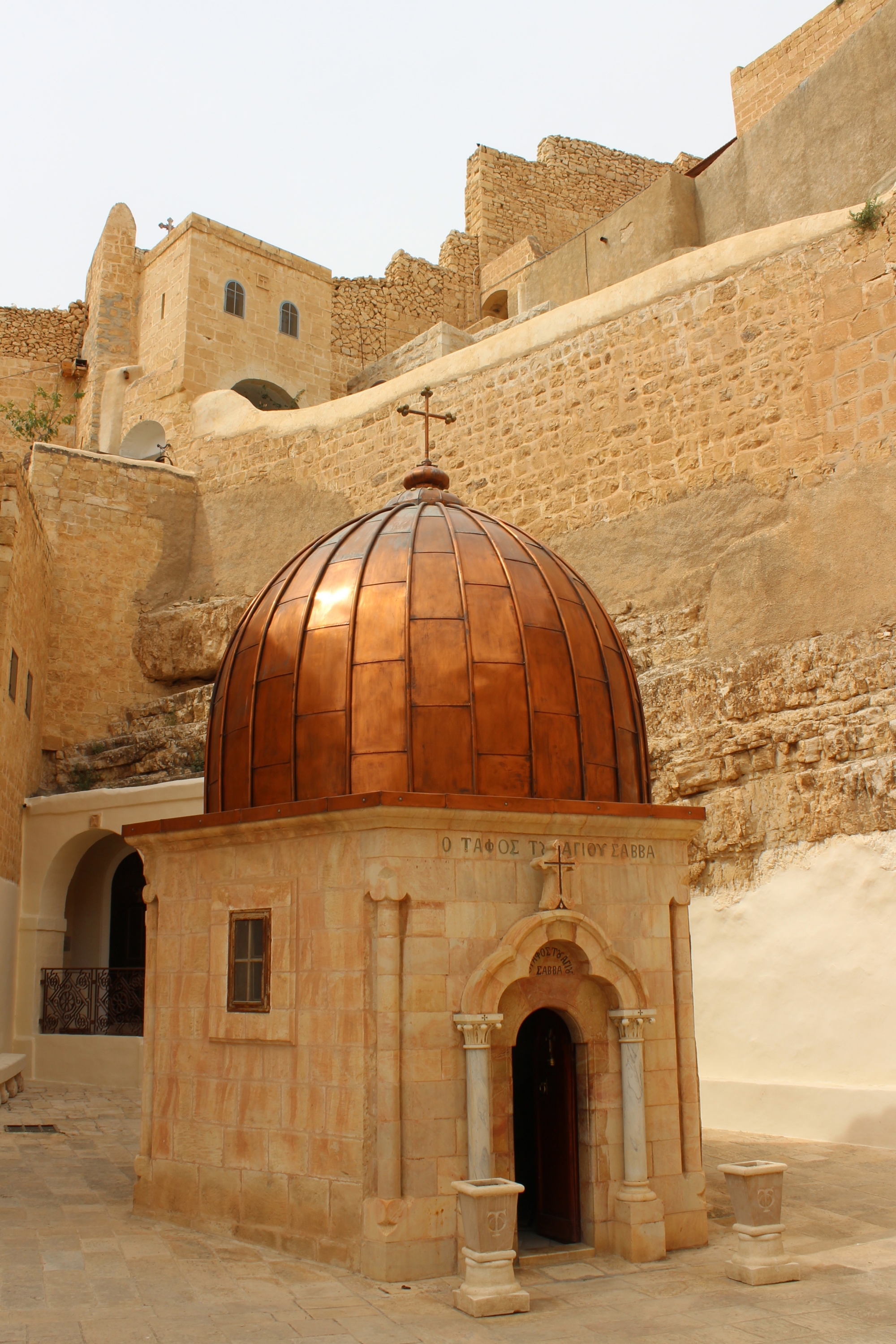 In front of the shrine, stands the main church of the monastery. A Russian-speaking monk from Moscow took us for a visit in the church. We were asked not to photograph inside.

Back outside, I climbed an adjacent hill to get a panoramic view of the surrounding area.

The dots up on the mountain range on the other side of the valley are cars of tourists from Jericho. An unlikely meeting point between visitors coming from Israel and Palestinian autonomy. 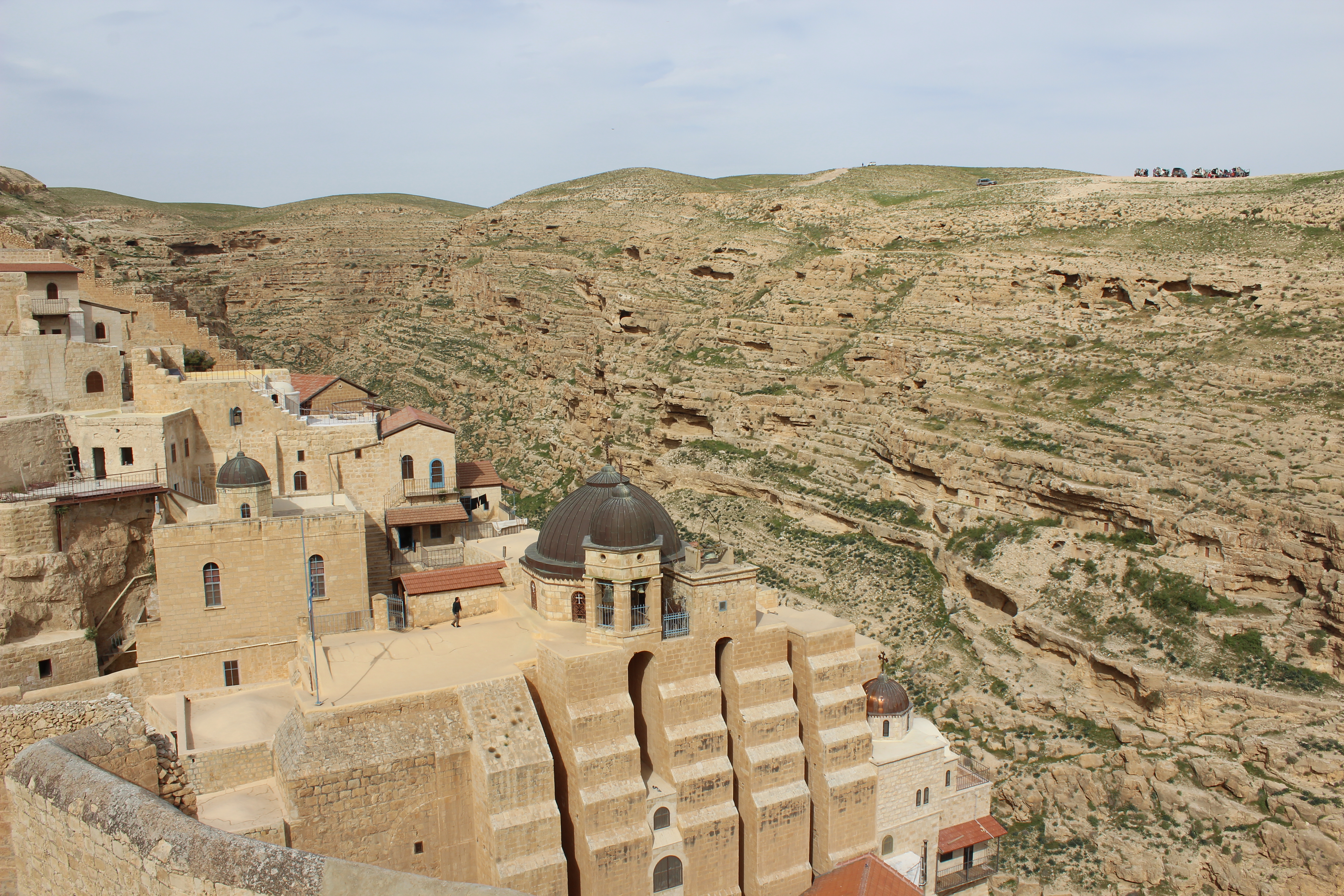 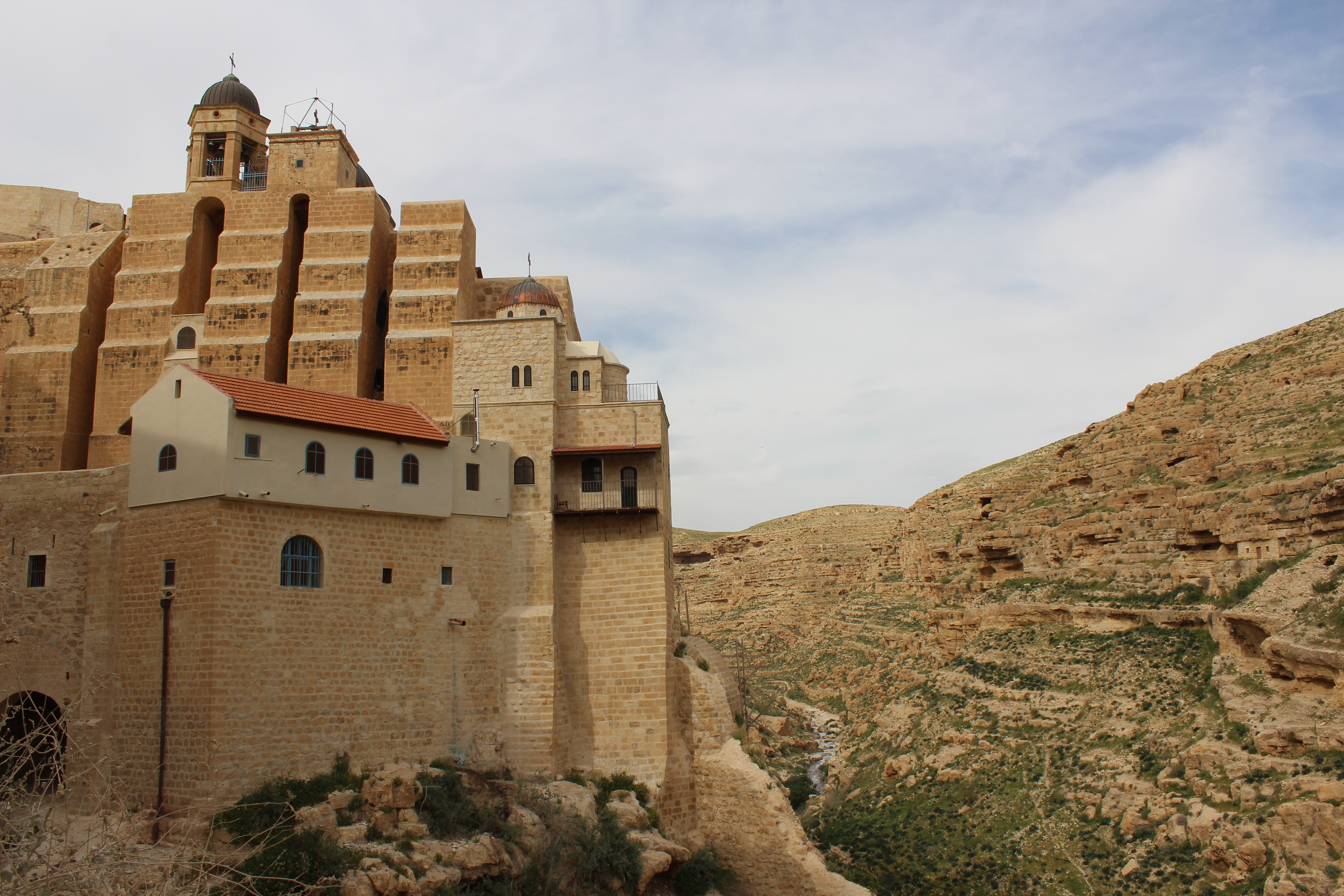 Climbing to the other side of the valley, Mar Saba finally showed up in all its glory. 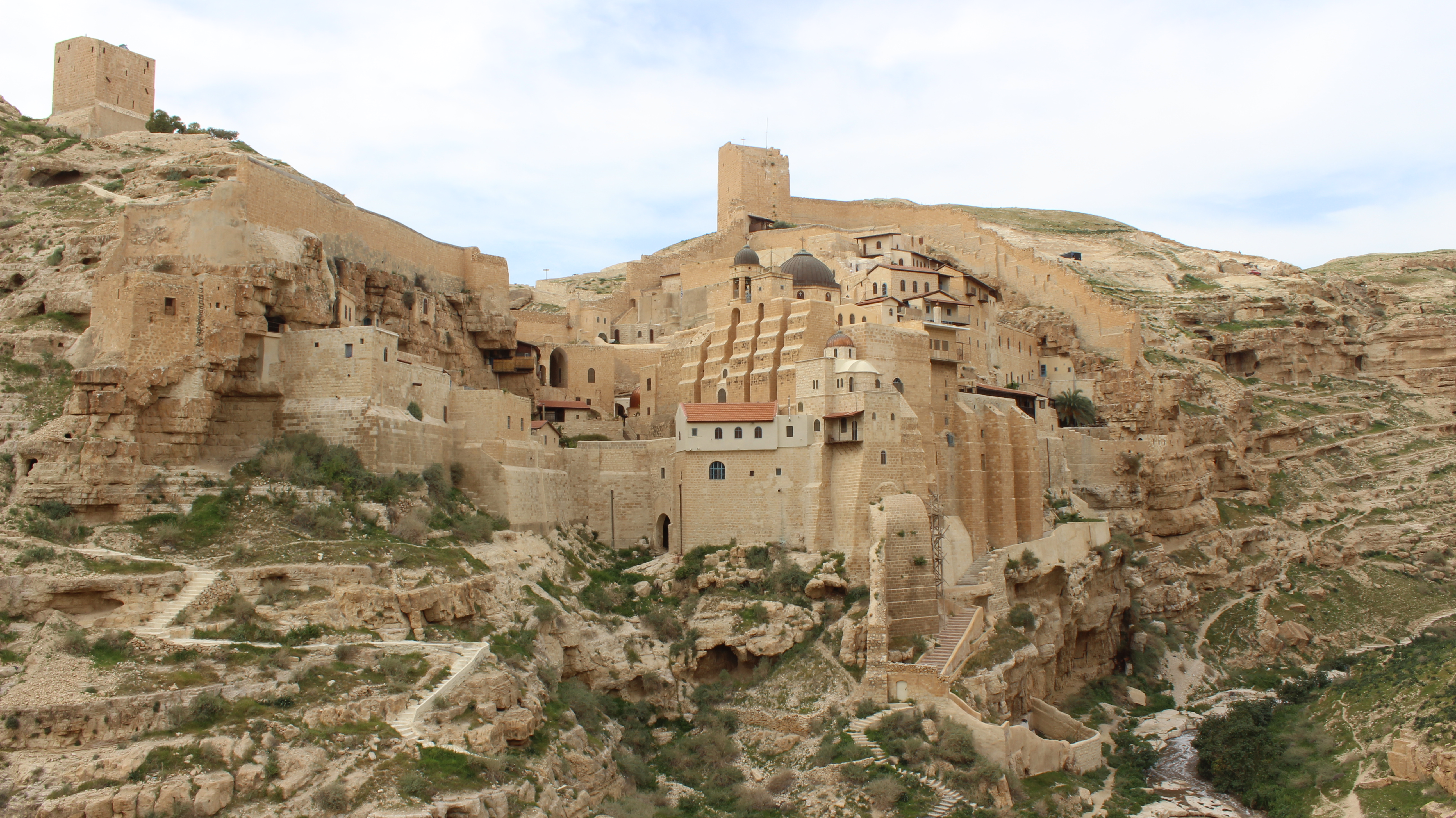 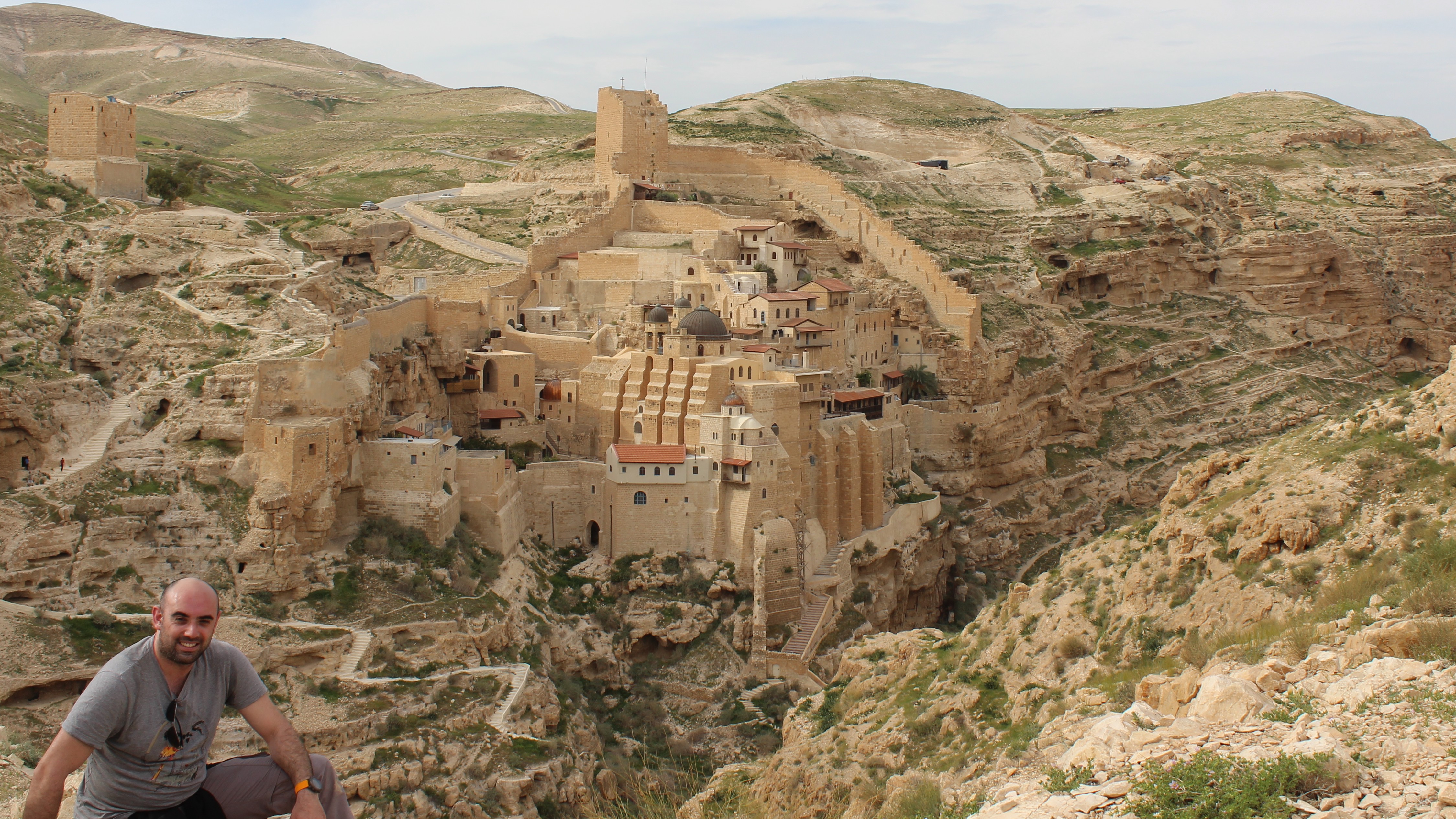 Long after Mar Saba stayed behind, I was still trying to catch my breath from the steep climb. My friend Nadia who came with me on the hike took my backpack. Turns out male ego doesn’t hurt as much as chest does, when your lungs are gasping for air.

As evening was setting in, we were slowly retracing our way back to the start of the hike. A friendly bedouin we soon met offered the service of his camel, and Nadia took the offer. Leading the camel, he was telling us the story of his lost love and why he is still single. 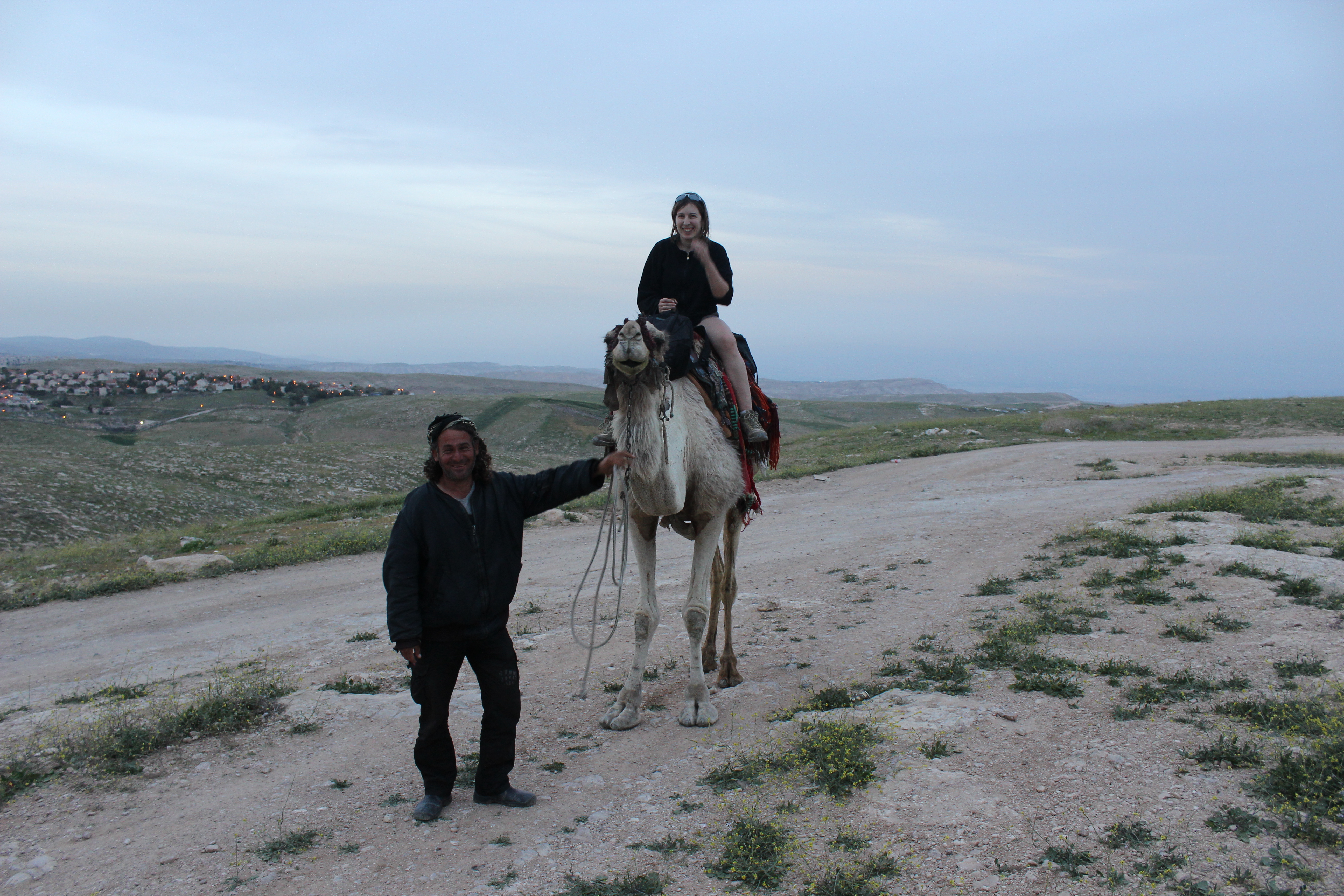 On the night roads back to Haifa I was wondering how many other gems does this land have in store. After spending most of my life in Israel, I was discovering that I still haven’t seen anything.

I was also thinking about the monks of Mar Saba. Oblivious to the politics of the region, loyal to an order too old to care about the news, they know something about surviving in this corner of the world.

Here’s the map of our route, as recorded by my GPS watch: