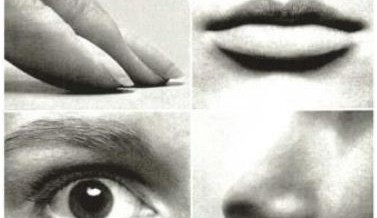 Last week I was invited to friends’ picnic party. At first I didn’t want to come (I anticipated that I wouldn’t know most people there), but not finding that reason compelling enough, I took out my jacket and left the house.

After a short trip up the mountain and down a winding road, I found myself in the midst of a typical picnic happening, the kind you enjoy when surrounded by friends, but find tiresome when most of the faces and the names are unfamiliar.

An introduction round, that is more about etiquette than about learning the names (I just never seem the remember any name afterward),  a can of beer and a place to sit – good enough for a beginning.

While some people were finding themselves useful around the fire and the meat, I was trying to make a conversation. Good memory for details is useful in social situations – I remembered that my conversation partner was studying biology, and asked her about her studying. She was both surprised and happy to tell me about it. Staying on the superficial level, the conversation didn’t take off though.

The sun was setting down, and so was the atmosphere. After several toasts and a taste of a roasted chicken, I was becoming uneasy. It seamed that the evening wasn’t going anywhere. Taking out my cellphone, I was starting to look for alternatives.

And then an thought struck me.

I wasn’t there. While physically my presence was visible, mentally I wasn’t there. Instead, I was busy imagining how it would be somewhere else. After making the effort of driving all the way there, finding myself surrounded by nice people, fresh evening air, enough food and drinks for everyone to enjoy – I was making nothing of it. I let the uninspiring quietness of the evening be definite, as if it was given, as if I was just a passive spectator, not being able to affect it in any way. I didn’t engage, didn’t initiate. I just silently gave up on the evening.

I stood up and asked the hostess whether she would like me to organize a social game. She suggested me to talk to a girl with a knack for organizing people. On my way to the girl, I stumbled upon a guitar. Not seeing it before, I wondered aloud whose guitar was it. The owner turned out to be a rugged-face middle-aged man, whom I haven’t noticed before. This colorful guy had a bunch of stories about his treks, but was reluctant to play the guitar. So I took it out, sat on the ground and sang a couple of well-known bard tunes. Soon, a circle of listeners was forming around us. The guitar changed hands, the tunes changed motives, and more people joined the singing. Small closed groups disbanded in favor of a wider circle of people singing along, clapping and laughing together. The dull evening was transformed by a vibrant common experience.

The lesson I received was twofold.

First, it was about acknowledging personal responsibility, recognizing the ability to become an active agent of change (instead of passive spectator), and acting, even if it means taking just a small step, saying just a couple of words.

Secondly, it was about being right there, in the same place, mentally and physically, aware and engaged. Instead of turning to a flight of fantasy or a nostalgic memory stream, exploring the here and now for opportunities and possibilities.

So the next time you are stuck in a dull party, look for a guitar enclosed in a case, lying unnoticed in some corner. Take it out from the case… and see what happens.