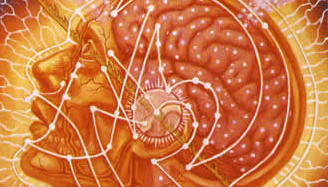 People differ in what they strive for in their lives. Some gravitate towards financial security and stability, and work hard to build up their wealth . Others are drawn by achievement and challenge. Many look to fill their lives with pleasure and excitement while few search for their true self. We are usually content to pursue whatever we are predisposed to by our temperament and character. But sooner or later there comes a time in almost every man’s life when one question takes over our mind. The question of meaning.

As we grow older, the question of meaning increasingly occupies us. You would be hard-pressed to find a 70-year old that worries about financial stability, or is looking for some excitement in his life. More often, people in this age turn to evaluate their life and try to make something of it. Some will feel a sense of accomplishment, others will be filled with guilt and regret. But everyone will judge their life on the merit of meaning: was my life meaningful? did I change anything for the good? was it worth it in the end?

So why are we so concerned with meaning and purpose? Why can’t we accept randomness and chance as life’s guiding forces and prefer to think of God and destiny? Why do we look for something that is larger than us, that can’t be grasped by our five senses?

Man is the only living being that is aware of its own mortality. While all animals have a survival instinct, and can sense an immediate danger, man is the only one that carries the burden of realization that one day, in distant but unavoidable future, he will die. When we are young, the notion of our death is somewhat academic to most of us: intellectually we know it, but emotionally we are indifferent. But when circumstances make us face the prospect of death, the quest for meaning takes central stage.

Randy Pausch, captivated millions of viewers in his Last Lecture in which he talked about the importance of achieving childhood dreams. People were amazed by his courage in face of certain death. But for him it was not about putting a brave front, but rather about putting his life in a perspective, and finding reassurance that it was meaningful and worthy.

Not only our own approaching death sets us on quest for meaning. Death of our loved ones has a similar effect. I remember one occasion on which a mother of a youngster that was killed in a car accident has come to my high-school to talk about driving safety. She gave a personal account of the tragedy and appealed to us be less reckless on the road. Since the accident she devoted most of her time to social activism, telling the story of her son in schools to raise awareness. It was her way to cope with her son’s death, and channel her grief and pain into a sense of purpose and meaning.

Whenever the universe manifests itself as an arbitrary and chaotic place, people look for answers to account for its inexplicable nature. When earthquake strikes and kills thousands, when tsunami waves wipe out entire cities, people decline to accept that it happens for no reason. Some see it as God’s punishment for people’s sins, few find solace in the belief that it is part of some bigger plan, indiscernible by humans. Whatever bizarre explanations people find, anything is better than accepting the fact that we live in a world devoid of any meaning.

Not only physical death is unbearable to us when it’s meaningless. Any crisis that embodies an end, a metaphorical death, is difficult for us to endure. It is a known psychological phenomenon that kids of divorcing parents tend to blame themselves for their parents’ failed relationship. Why would a child blame himself for adults’ troubles? This seems peculiar at the first glance. The reason for this lies in children’s difficulty to grasp the underlying rationale. For children, parents’ divorce is an incomprehensible notion, just as a tragic death of loved one is for adults. Nothing in child’s world can explain why mom and dad don’t love each other anymore, and the only explanation that makes sense to him is that he has done something wrong to cause this. As child’s mind struggles to come to terms with the dissolution of the family, it creates meaning by finding someone to blame – himself.

Devoted doctor stripped of his medical license for a mistake he made, miserable lover that is left to wonder why his beloved left him – both face an existential crisis, in which meaning plays a double role: it is sought in order to explain “the why” (it happened) and “the how” (to live from now on).

Physical mortality, manifestations of chaos, personal crisis – they all can be a trigger for soul-searching. But that doesn’t mean that people lucky enough to avoid tragedies of this sort are safe from existential anxiety. So how can we enrich our life with meaning? How can we find purpose and direction in increasingly complex and uncertain world? Some soul-searching is in order 🙂

This is the fist in a series of posts in which I try to examine the place meaning takes in our lives.

In a second part, I take a look at how work can bring us meaning and happiness.