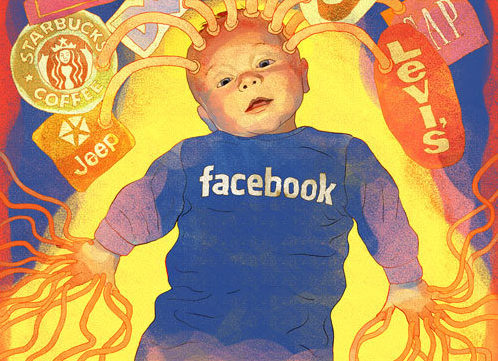 For a long time now I have had an uneasy feeling about Facebook as a company. It seams to me that something very significant is lacking in their cultural DNA.  And this defect has the potential to destroy them from within.

Facebook is soulless and unremarkable. They don’t have the authentic spirit of Twitter, the engineering excellence of Google, the innovation skills of Apple. They don’t stand for anything. It’s as if they stumbled upon their success almost by chance, and now they are not really sure what to do with it. In company years, they are still infants, but while other equally young companies show leadership and vision, Facebook lacks both.

Facebook lacks any real sense of identity and self-image. Their frequent changes to the homepage is symbolic of their uncertainty as to who they are. Their frequent changes to their terms of service and the misguided way they go about it suggest that they are unaware of their place and role in the community. Their inexplicable policy regarding what’s allowed and what’s forbidden on the service shows that they haven’t done any serious thinking about these issues.

Mark Zuckerberg, Facebook’s co-founder and CEO is a brilliant technologist, but that is not enough to make somebody a leader. A true leader has to have a sense of direction, and a CEO of multi-billion company has to have more than that – he has to have a vision. And how can you expect such vision from a guy in his twenties,  inexperienced not only as a CEO, but as a human being. Facebook’s lack of vision comes directly from Zuckerberg’s lack of wisdom. And while Google founders, young and inexperienced just as Zuckerberg, had the sense to bring experienced leader to the chair of CEO, Zuckerberg’s apparently exaggerated self-confidence prevents him from stepping aside.

When you don’t know who you are, its hard to know where to head. Facebook’s lack of focus, it’s attempts to imitate Twitter, it’s Beacon fiasco all suggest that Facebook is puzzled about the direction it needs to take. Lacking a company identity from which to draw inspiration, and a real leadership that would provide the needed guidance, it’s not surprising that Facebook falters.

How many people do you know that are really passionate about Facebook? I mean *really* passionate. Just as so many are about Twitter, Gmail, iPhone? Sure, millions log on Facebook every day to see photos, to chat with their friends, to play some cute games. But this is mostly passive behavior. People consume whatever Facebook’s social news feed throws at them, and that is more similar to watching TV, than anything else. The level of engagement on Facebook is surprisingly low. Sure, you can comment on anything, you can post links and you can play games, but does it stir any feeling in you? How much you really care about it? Just as much as you care about your Twitter’s real-time updates, or your Gmail productivity? Not as nearly. Facebook offers you the kind of service you can do sleepwalking.

Despite all their problems, I believe they can overcome them and mature into responsible and innovative company. Their past proves that they can be innovative (just recall Facebook apps platform and news feed) and responsive to criticism.

But they have to stop looking around them so much, they have to stop imitating and being paranoid, and start formulating a real vision for a mature company. One that is flexible to its surrounding but draws its strength from a true sense of mission.