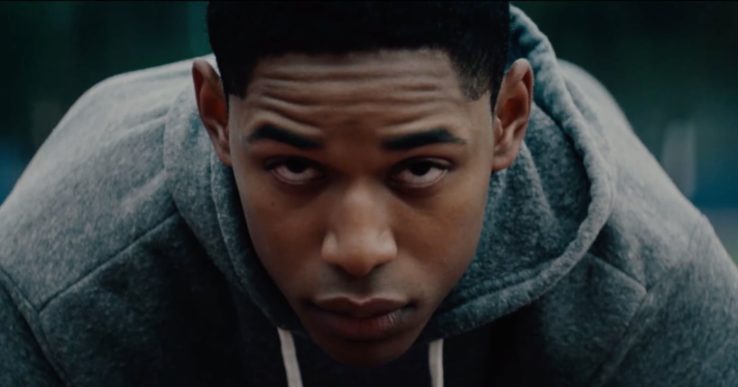 My personal best movie of 2019, “Luce” is a family-school drama that feels like a thriller and ends up being a cinematic event. A movie that has something substantial to say about the African-American experience in the US, adoption, parenting, the school industry, female solidarity and what not.

Luce is a teenager of African descent adopted from a war-torn Eritrea when he was ten by a white couple. Seven years later, he is a star student in his high-school – envied by his black classmates and put on a pedestal by the school authorities. But his history teacher, a stern African-American woman that takes it upon herself to remind the black kids what waits them out there, sees something in his attitude that worries her. To resolve the issue, she involves his mom, played by Naomi Watts. Too timid around her son, worried that prodding will erode his hard-won trust, she is unable to speak with him candidly. Turning to his father, played by Tim Roth, the teacher presses on. Does she truly have his best interests in heart or does she wage some personal vendetta, as Luce claims? The plot unravels like a detective story to a dramatic end.

The acting and writing are superb. Tension fills almost every scene. Many dialogues feel important, holding keys to the story. As the end-credits rolled, we sat there motionless, waiting for it all to sink in. What did we just saw?

White people are just people, each with its own journey. But blacks are unwilling symbols to everyone around them, each one a stand-in for their entire community – either a failure, stigmatized and never given another chance, or an untarnished success story, a self-made role model. There is no middle ground.

What makes it even harder for Luce, is the fact that his identity is in flux. An African kid adopted by white, middle-class couple, he feels that his family and his status in school make him “not quite black” among his black classmates (not unlike Obama who has grappled with his “whiteness” in his youth). So he will put his talent and charisma to negotiate those polarizing demands, sidelining morality.

Should white couples adopt black children? My immediate answer has always been “of course”. Growing up as a black child in a white family may bring up certain complexities, but they must be small, considering the huge well-being gains a normative family adoption brings. And yet, Luce’s parents’ somewhat ambivalent behavior towards him raises questions. Too timid on the one hand (tiptoeing around him, his difficult childhood on their mind), and too demanding on the other (expecting him to excel, given the opportunities they have given him), hoping for him to be the best, but worrying he might be deeply damaged, they are anxious, at times distant and somehow too-formal with him. Is this just a normal North-American parent-child divide, where families might be less knit-close and intimate than in more traditional societies, and children are given more space, privacy and opportunity to individualize? Or are those the consequences of “white guilt’ multiplied by the anxiety of raising a black child in a racialized society? It’s hard to say.

The movie also paints a very unappealing picture of the American high-school reality, in which students are expected to participate in an endless line of activities beyond classes and exams. A pursuit of “excellence” that would look good on their college applications, it amounts to a lot of self-promotion and posturing and trains them for all-consuming competition, status anxiety and a rat race after that elusive success, that is so central to America’s psyche.

Go watch it, if you haven’t yet. And if you did, do share your thoughts in the comments.