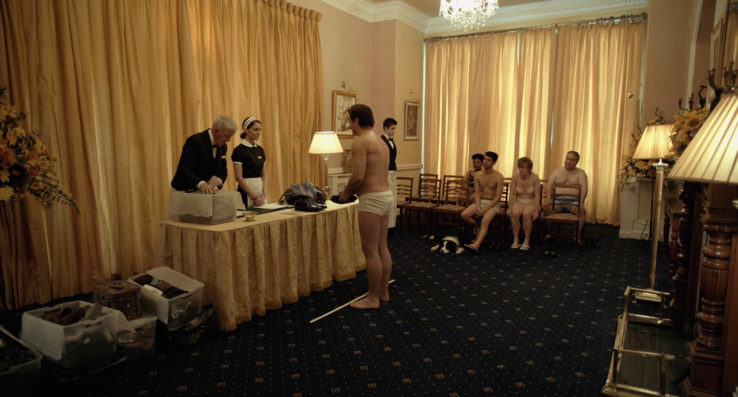 Imagine you live in a city where being single is prohibited. When your wife leaves you, you are taken to a hotel, where you have 45 days to find your next partner. If you fail, you are either turned into an animal of your choice, or expelled into the forest where you’ll be hunted down.

That’s the preposterous premise of The Lobster, a brilliant movie by Yorgos Lanthimos, the maker of Dogtooth (which I reviewed previously here). Sharpening his genre of absurdist dark comedies, Lobster manages to be funny and serious at the same time, observant and inventive. Great acting, beautiful cinematography and wicked humor, all under a deadly serious façade, make Lobster a highly enjoyable experience.

In its kinky way, the movie wants to remind us just how oppressive the couplehood hegemony is in our society. Restaurant menus, travel packages, tax breaks – the entire system is tuned for couples. But being single is tough not only because institutions aren’t optimized for it, but mainly because of the social pressure. You are 30+ and still single? There must be something wrong with you.

Can you escape this oppression? Not on your own. The only way out is to join a subculture: become a backpacker, a hippie, a punk or a Buddhist. The movie brilliantly follows this logic, and shows that when escaping one ideology, we dive into another, whose rules may be diametrically opposite, but not necessarily less oppressive.

The movie is also striking critique of the dating and mating world. In order to find a partner in the allotted time, hotel residents look for silly similarities, that would signal that they make a good couple. It could be a propensity for a nose bleed or mutually beautiful hair. When two residents become a couple, they go through a test period, when their compatibility is monitored by the hotel management. If any shred of unscripted emotion arises, they are assigned children, whose role apparently is to suck up any remains of partner’s authentic selves. By locking “parents” attention on themselves, and away from any existential questions they may have (like, well… why are we together anyway?), the assigned children solve couple’s relationship problems, reducing them to their familial roles.