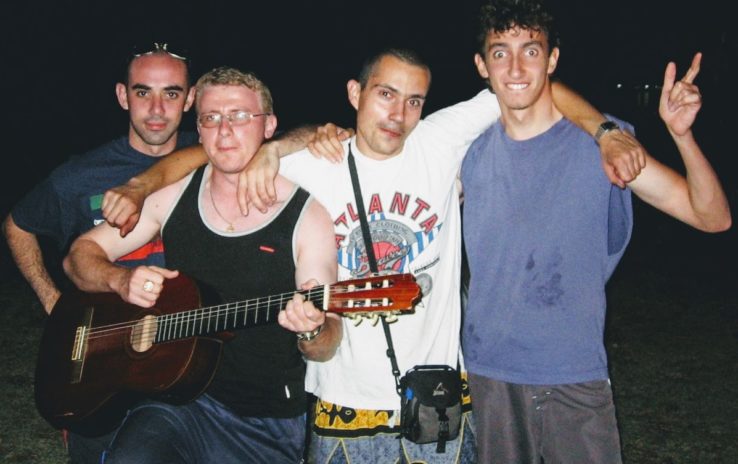 Symbols have power over us. When two seemingly unrelated events occur at the same time, our brain unwillingly makes a connection, and strange conclusions follow. That’s how I know for sure that my youth has ended in the last days of October of 2013. 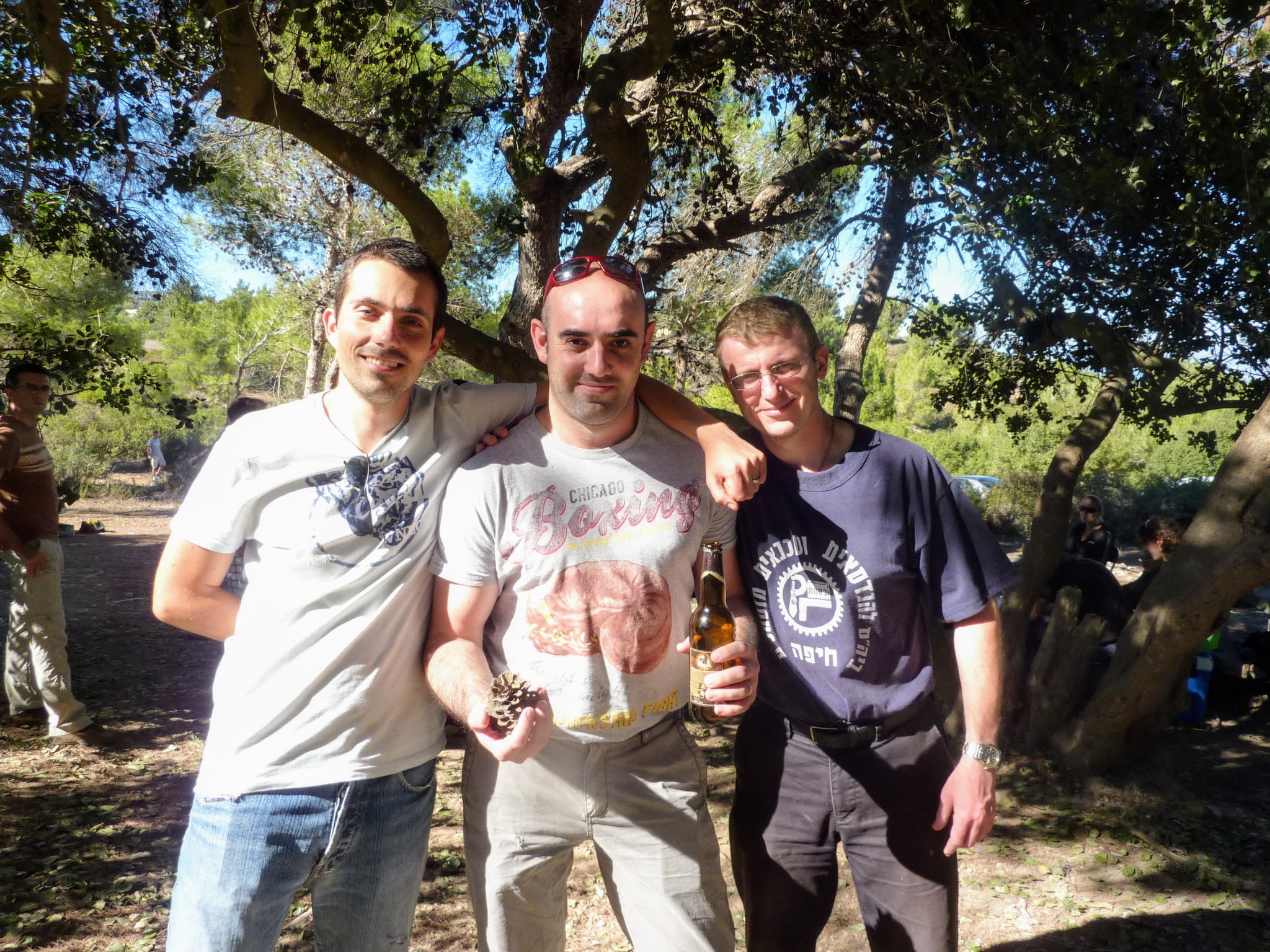 That’s me in the center with my two school friends, Vitaly and Eli. A few days before this photo was taken, Eli, the one on the right, told us he is about to permanently move abroad. I was shocked but also happy for him. The occasion of the photo was his goodbye picnic. This was October the 13th.

This photo was actually an attempt to recreate another one we took about 10 years earlier in our murky college days: 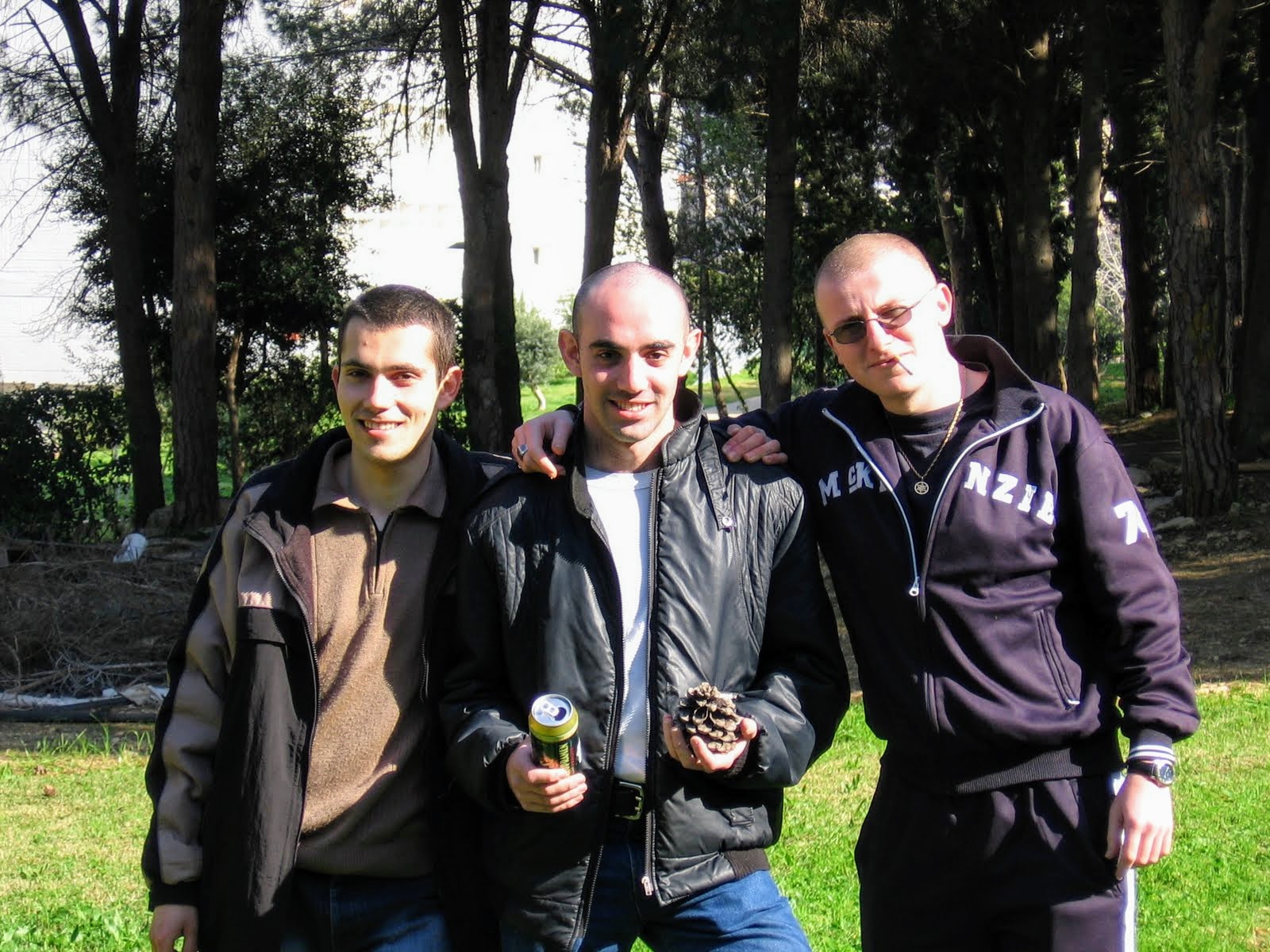 But our friendship goes way back. Me and Eli met when we were 10, just after I came with my parents to Israel and started a new school. He took me to the school yard, wanting to show me around. He started the school a few months earlier, just as me, immigrating with his parents from USSR. I remember feeling anxious about this new place and all the kids running like crazy during breaks, shouting in a language I didn’t understand.

My next memory: Eli is rushing on a bike down a steep street, unable to stop. He just loaned it from someone, and didn’t realize the brakes didn’t work. He crushes into a taxi cab leaving a noticeable dent in the car. Next picture: both of us sitting in the back of the car, the taxi driver taking us to Eli’s parents home. He is scared, afraid his parents – immigrants saving every shekel, will now have to pay for the damage he caused.

I remember our first summer school vacation back in 1991. The day would start by watching The Wizard of Oz on TV and playing video games in Eli’s house. Then we would cross the street and sneak without a ticket into Technoda. This children science museum in Haifa had really cool exhibits with magnets, audio tubes, light bulbs and wood puzzles. We would climb over the fence and spend the whole day in the museum, running between exhibits, pushing all the knobs and buttons, completely forgetting about time. One day a museum employee stopped us and asked who brought us here. I said it was my mom who bought me a ticket. “She didn’t pay for him, didn’t she?” asked the guy, pointing at Eli. For some reason I agreed. But that didn’t help. We were both thrown out of the museum. Ashamed, we wouldn’t return there for some years.

Then there was the “circumcision summer”. As many other immigrant families with boys, my parents were convinced it was necessary in order to fit in. With my foreskin gone, replaced with a bandage, I stayed home, walking around the house in my father’s shirt which would come to my knees. Every day Eli would come to play chess with me. Before the summer was over, the game score would be 100-90. Eli never conceded he lost in the overall count, arguing we still have a few games to play.

We got separated in middle school – Eli moved with his parents to Yokneam, a city 40 minutes drive from Haifa. At that time it was like he moved abroad. But we would still occasionally meet in the summer time.

Bosmat high school was the place to be if you were a child of Russian immigrants. It had technical paths, such as electronics and computers, and it was historically linked with Technion, Israel’s most prestigious technological university. These magic keywords were enough to light up our parents’ Soviet-informed imagination. So of course both us were there. The school was located in a building adjacent to the Technoda. Not sneaking anymore to the museum, we would spend after-school Fridays drinking beer in a park, worrying about the final exams.

Getting wasted in college. That very same Technion our parents dreamed about. In different faculties, both frustrated and anxious, we would drink to feel alive, I guess. Nothing of the sort you see in American sorority movies, where cool kids drink, dance and make out with girls in houses empty of parents. 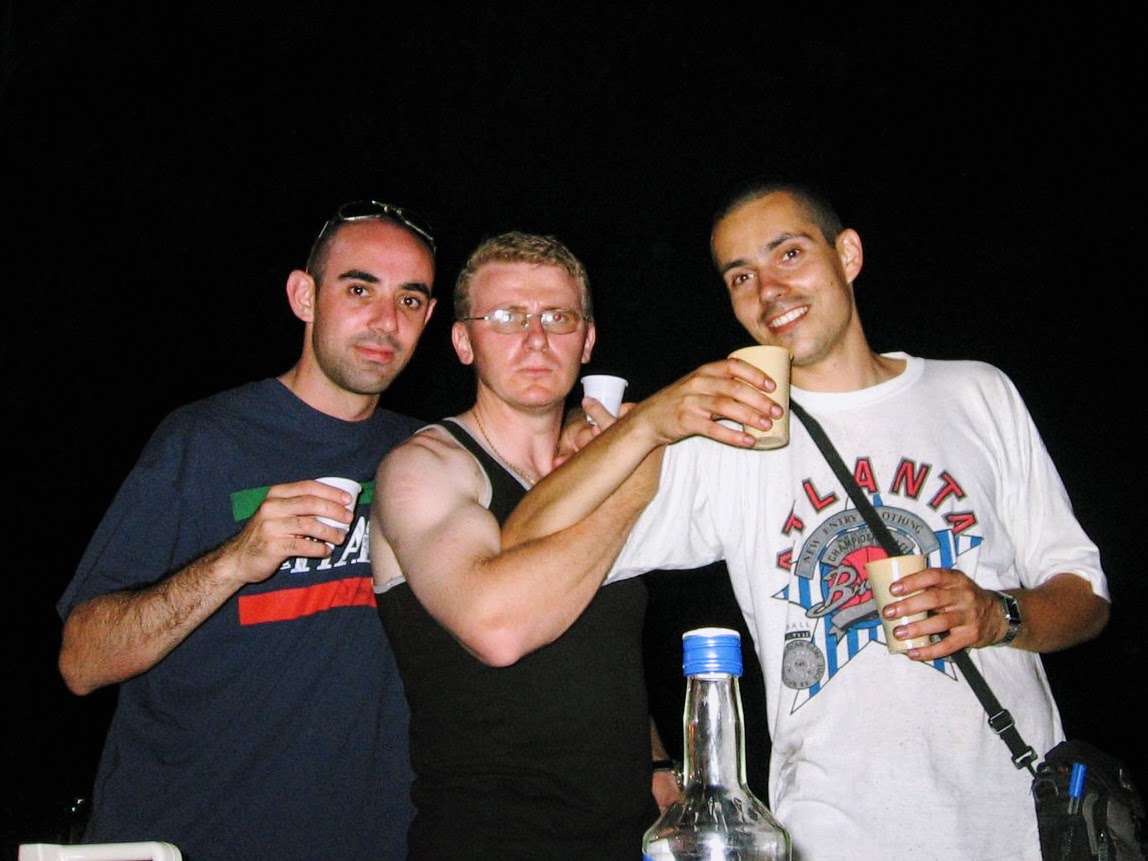 Gathering in some remote corner of a Technion park or someone’s cramped dormitory room, we would drink cheap vodka from plastic cups, chasing it down with soda, humus and pastrami. Sooner or later Eli would pick up his guitar and play Russian bard songs, or worse still, blatnie pesni – city romance songs from the Russian criminal underworld. A good boy with no personal experience of prisons of any kind, he was drawn to romanticize the criminal life the same way I was drawn to science fiction. As a way to escape the reality and suppress feelings of restless inadequacy it often bred.

Of course there were rarely girls at these “parties”, or in our lives for that matter. The fact that we were “atudaim” – the youngest students in the Technion – those that went to study before the army service, didn’t help. 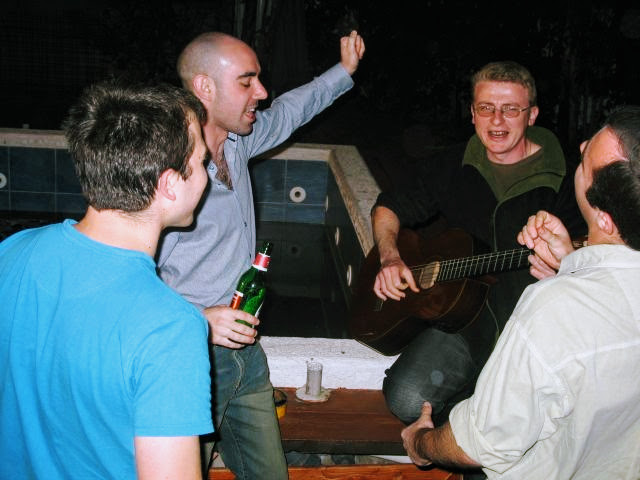 I’m still not clear how I managed to graduate. The same could be said about Eli. But we did. Six years of army service followed. First girlfriends. First actual salaries. First trips abroad. Our lives still unfolding in parallel, even if further apart.

Months, years passing by, but still living in the same metropolitan area as 22 years ago when we met. Sometimes it would seem that nothing has changed. Both married, we were still the same pals, connected neither by common interests nor shared sensibilities, but something else.

And then it was October 2013. A week after that memorable picnic, Eli was on a one-way flight to his new life.

And a few days later I was too.

It was the day my son was born.

Adding one and one, that’s when I realized my youth has just ended. 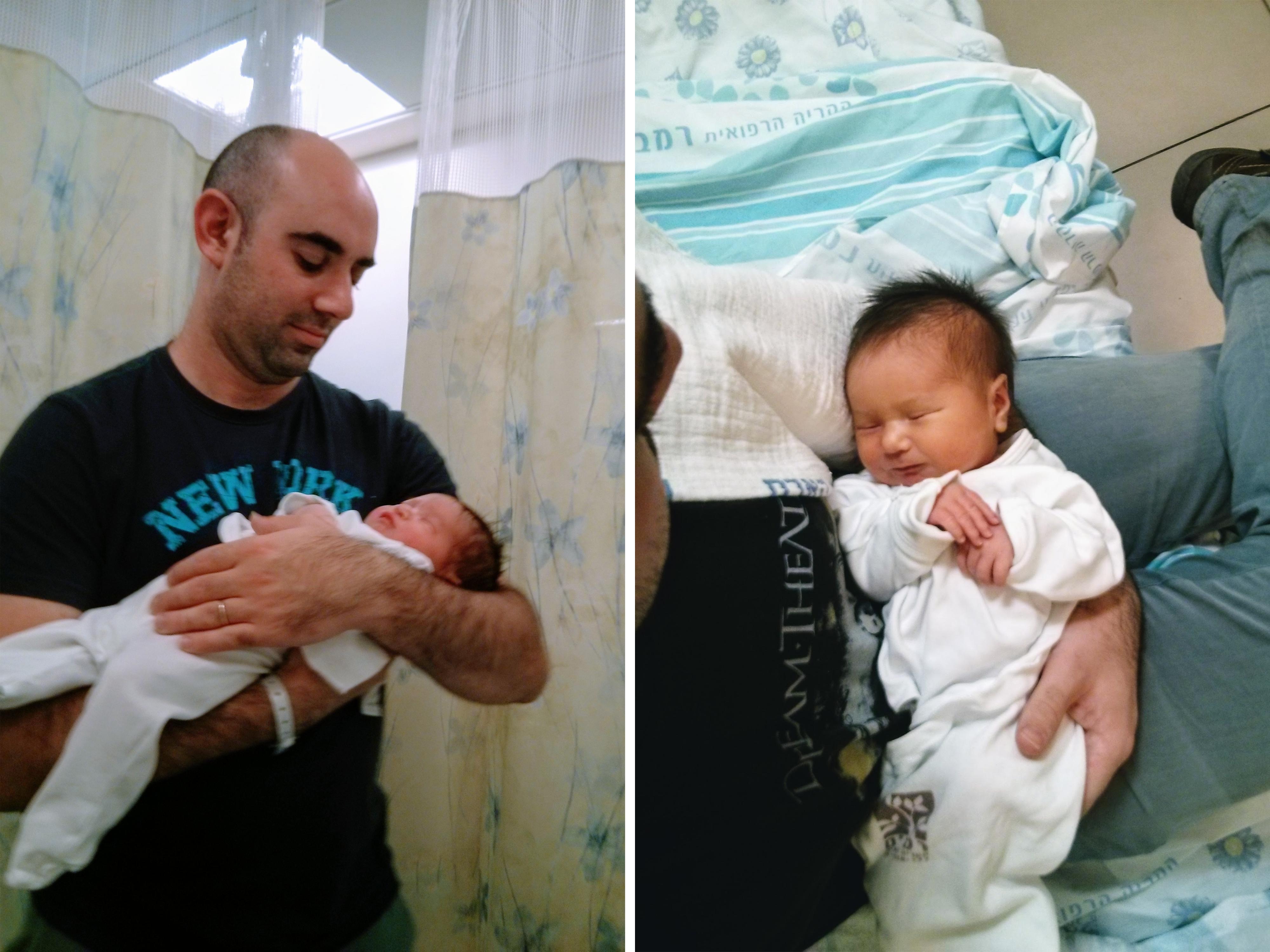 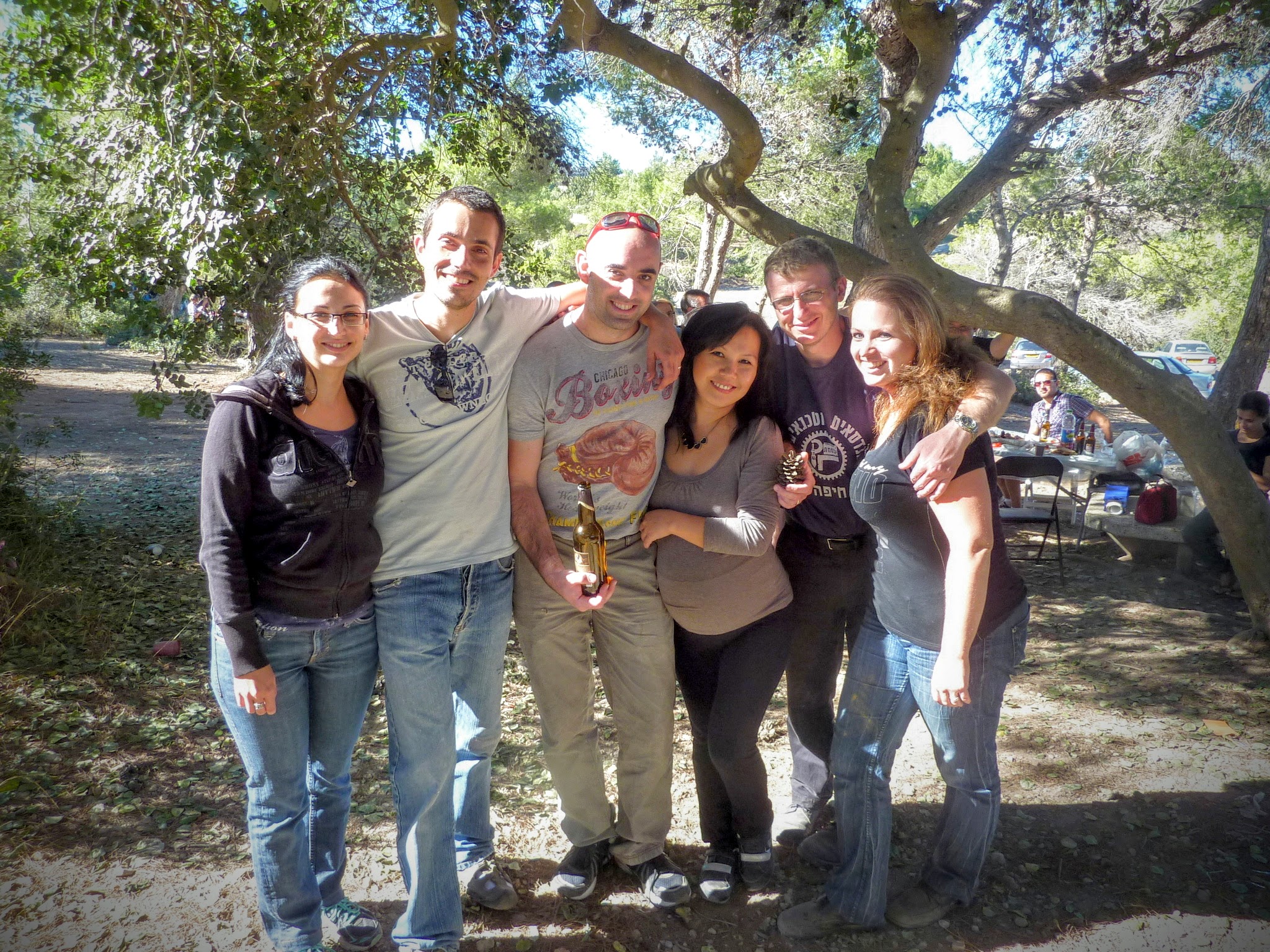