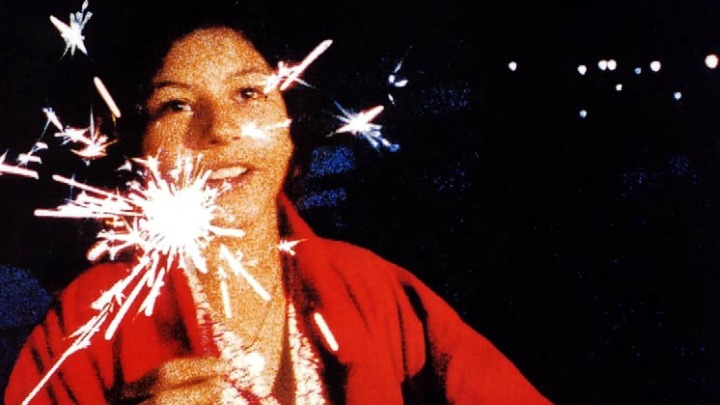 Hillside comunas of Medellin. Children trying to earn some money on the streets, girls fending off casual abuse from their mothers’ drunk boyfriends, boys waging guns, everyone getting high on glue fumes.

Monica, a 13-year-old girl with a bouquet of roses and a cherished memory of her mother and grandmother lives on these streets. She has her friends, her own room, she knows how not get into trouble. Her boyfriend looks at other girls, and her friend, barely 10-year-old girl, just ran away from her house and needs her help. But it’s Christmas time, she is in love, and she just got a pretty watch from a generous drunk. So all is good.

Welcome to La vendedora de rosas (The Rose Seller). A Colombian movie from late 90’s, it was recommended to us by our Bogotan friends. It’s one of the most famous Colombian movies of all times. All of the actors, including Lady Tabares who plays Monica, were residents of poor, violent communities of Medellin. The movie reflects the daily life of these young adults. By now most of them are either dead or in prison. Tabares enjoyed a short stardom after the movie was released, but quickly returned to the life on the streets. A few years later she was convicted of assisting the murder of a taxi driver. She served 12 years in prison and was released in 2013.

Despite it’s difficult subject the movie is not hard to watch. Not only because there are comedic moments. Rather because when youngsters act like adults, you soon forget these are children.

If you ever wondered why Latin America is so hang up on love and romance, The Rose Seller provides a clear answer. Simple: it’s a drug. Like cocaine, it can heighten your sensations, make you feel alive, even when most of you is dead inside. Like alcohol, it can also be a sedative, shutting down the outside world of hopelessness. It’s not about heightened eroticism. It’s about survival in poverty.

What about parents? They appear a few times in the movie. They are awful, they beat, they neglect. But bad parents are better than dead parents. Bad parents can be suddenly overcome with guilt. They can change, even if temporarily. They can hug you, even if tomorrow they beat you. Dead parents can’t hug you, and the only thing they can offer is an escape. Which also counts for something.

Watch the movie and hug your son or daughter. If you are overcome with guilt, that’s OK. Donate to a charity helping children of Medellin or your own city. That’s what adults do.