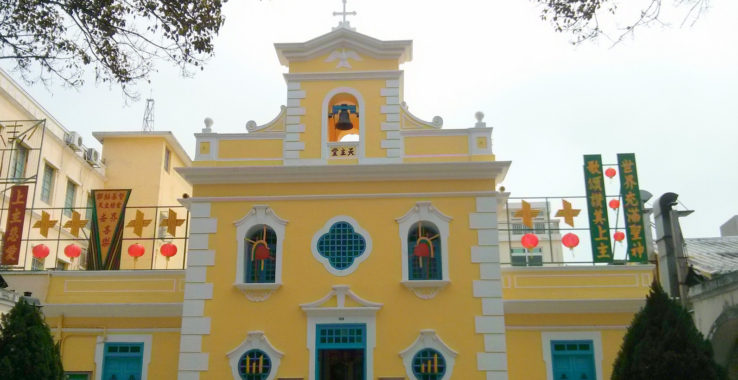 Our acquaintance with Macao started in Coloane – what used to be a small island inhabited by pirates until 1910 south of Macao is now a serene village with narrow streets. Since we arrived to Coloane after a ten hour flight, after a delicious dinner in a local Macanese restaurant, we went home to sleep.

But our baby son had other plans – confused by the time zone difference he woke up happily at midnight. To exhaust him to sleep I put him in a sling and went out to explore Coloane village at night time.

Next morning I continued to explore Coloane village with Ayan tucked in a sling, while Oxanna stayed home to catch a few hours of sleep.

Stilt houses along Rua dos Navegantes convey a feeling of a traditional fishing village as Coloane used to be.

But what is especially charming about Coloane are it’s quirky narrow streets, slow moving people and a sense of calm rarely associated with Macao.

Next day we moved to Macao center to discover the busier side of Macao.