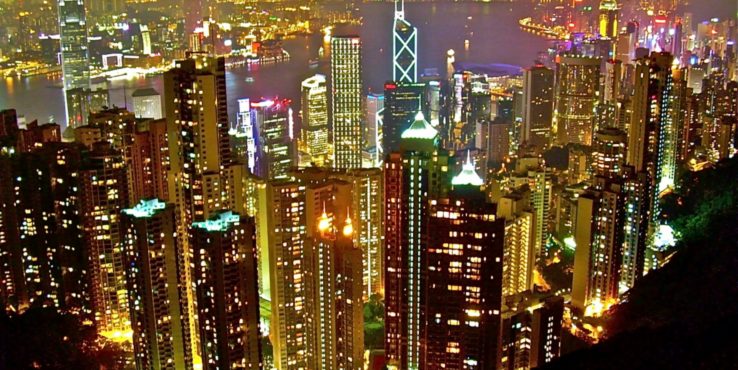 We travel to Hong Kong tomorrow. Since it has become a habit of ours to watch movies of a place we are about to travel to, here is how we have been preparing for Hong Kong:

Possibly HK’s most famous son, Bruce Lee is martial arts legend. But I was surprised to discover that his abilities as an actor and director in The Way of the Dragon (1972) aren’t less impressive. Even If you don’t see yourself watching kung-fu movies, you would still enjoy it: Lee’s great comedic sensibility, interesting characters and dialogues, beautiful choreography and a classic fight scene with Chuck Norris in the coliseum make it a must-watch.

Enter the Dragon (1973), Lee’s best known (and last) movie is a different affair – a Hollywood flick in which it seems Lee didn’t have much control over the movie. It’s an “Asian James Bond” kind of thing –  with egomaniacal vilain, a crop of beautiful women, martial arts tournament and an array of props, it’s over the top in every sense. Lee is lost in this setting, and with the exception of the opening scene, his charm hardly comes through. Passable.

John Woo, best known for directing Face/Off started his career in HK making gangster movies. The Killer (1989), a movie credited with inspiring Leon and Tarantino movies, is actually a nice introduction to Hong Kong: shot fully in HK it gives you a sense of a place where life is dense, locked between sea, sky and the hills above the city. It’s also an impossibly romantic movie that romanticizes everything – killer’s golden heart, the value of friendship and the honor of oldschool gangsters. You can see where Leon comes from.

While it has some unforgettable scenes, as a gangster movie it’s hard to take it seriously. But as a sentimental introduction to HK it works beautifully.

Wong Kar-wai is the new star filmmaker from Hong Kong and if haven’t seen his movies, you are missing out.

In the Mood for Love (2000) is a romantic story set in Hong Kong of the 60’s about a man and a woman who find out that their spouses are having an affair with each other. Watching it even before we planned on traveling to Hong Kong, I was charmed by it’s understated emotions and striking visuals. Not many things in life are more beautiful and absurd than love unfulfilled due to heroes’ principles. If you are in the mood for love, definitely give it a go, and you’ll be rewarded.

Chungking Express (1994) is a movie about two cops having a hard time moving on from their failed relationships. It’s also about how people can get mad from loneliness in a big city. It’s impressionistic, colorful and puzzling. The kind of movie you’ll enjoy rather than understand.

***
The preparation is complete now. A ferry will take us tomorrow to Hong Kong. It’s hard to say if the feeling will be mutual, but we’ll be coming in a mood for love.