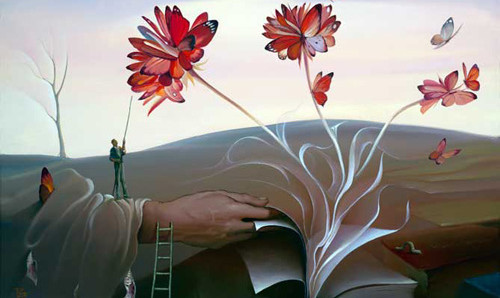 I have never given too much thought to questions of nutrition, healthy food, eating habits, etc. Being skinny isolates you from the world of calories-counting and diets. But as I have discovered, no one is safeguarded from the advances of excessive fat, especially after certain age. After gaining 10 kilos in 6 months (apparently living alone can have this side effect), I started to think that maybe I should start noticing what I eat. But I wasn’t ready then to do anything about it.

About half-year later, after I started going regularly to gym, I felt that I was ready to gain some awareness regarding what I eat. So I have read a book I got on Amazon, and introduced several major changes to my eating habits. Roughly speaking, I cut on sugary foods (including potatoes, pasta, bread and other carbs) and started indulging myself on meat and vegetables. But my point in this post is not to celebrate this particular program – the subject is too heated and controversial, and my knowledge is too limited for me to participate in the discussion of pros and cons of any specific program. Rather, I would like to share what I learned in the process of trying to follow it.

Start With Dry Run
Before starting with the new regimen, I took a week of dry run. For me that meant that instead of heading blindly into unfamiliar for the mind and the body territory with the best of intentions to follow a rigid plan, I took a more cautious approach.  I took a week to accustom myself to the new habits.That meant trying out the different aspects of the program, without fully committing to it, and thus without feeling guilty when I wasn’t following it. This allowed me to figure out which parts of the program I could easily follow (supplementing sugar with artificial sweetener was surprisingly easy), which I had to alter slightly to fit into my life (cutting on bread completely made my breakfasts too challenging), and which obviously just didn’t work (my stomach didn’t agree with substituting milk for cream in coffee). With these lessons learned, I could start the program on the right foot.

Have Modest Goals
It’s important not to have illusions regarding the pace of the results. Setting the bar too high is a sure way to fail, since there is nothing more disillusioning than unrealized anticipations. So instead of setting the goals in terms of kilograms or waist centimeters, I found it more sensible (per book’s recommendation) to set the goals in terms of time intervals. First, stick with the plan for one week, than two, than month, and so forth. It takes a leap of faith to follow a plan that doesn’t produce immediate results, so choosing a program that you have some initial confidence in (whether because it’s based on “science”, or because it was recommended by somebody who you trust) is crucial.

Build In Exceptions
There is no helping it, whatever diet you are starting, there will be always some food or dish, not allowed by the program, that you love and just can’t make yourself avoid. So instead of feeling guilty every time you fail to resist the temptation, I discovered that its better to make a list of exceptions, and “officially” permit yourself to have what you crave for (for me it was kefir and chocolate). So instead of feeling bad about your failure to follow the plan 100%, and having thoughts to abandon it all together, its more beneficial in the long run to follow it 80%, but feel good about yourself and your progress.

Do Not Become Social Outcast
There is no point in trying to explain to your grandmother why you wouldn’t eat her delicious cake. Some people won’t be supportive of your new resolution, and not because they don’t wish you well, but simply because they have a different view on what’s best for you. So instead of trying to explain to her that the sugar from her cake will increase the levels of glycogen, and ultimately build up as triglycerides in the liver, it’s easier just to have a modest piece of grandma’s cake. She will be happy, and since you probably don’t visit her too often, there is no real danger for your triglycerides levels.

Now, three months after I started the program, I still can’t boast any significant results. But what I already see is that what has started as an artificial intrusion into my eating habits has slowly developed into a life style. And feeling good about you ability to resolve to a plan and stick with it, is as satisfying as moving a notch on your belt.