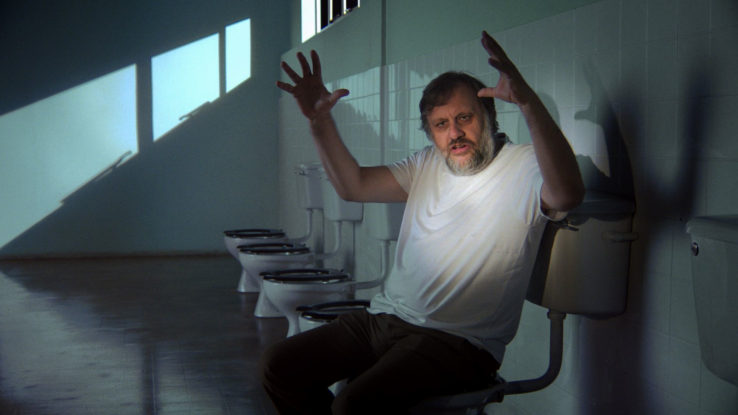 Pervert’s Guide to Ideology is a feast for anyone who loves cinema and philosophy. The presenter, Slovenian philosopher Slavoj Zizek, explains his ideas about the way ideology works through excerpts from well-known movies. His presence is vulgar and his language is explicit, but that’s a good thing. His favorite words are “as it were” and “obscene”. He uses expressions like “metaphysical niceties” and “excremental dimension”.

He loves being contentious and unpredictable, explaining for example why Christianity is really atheistic at its core. His ideas are not always easy to discern, but they are rarely unoriginal. Sometimes you have to watch a scene two or three times to understand him, but when you do, it’s an intellectual pleasure at its finest.

Usually his ideas are not hermetic truths, but an invitation for a discussion. I watched this movie in two different occasions, and I would often feel the need to pause the movie to discuss it with my wife.

Zizek is called by some of his critics “The Borat of Philosophy”, but after watching this movie, I can ensure you that this is a recommendation rather than a critique.