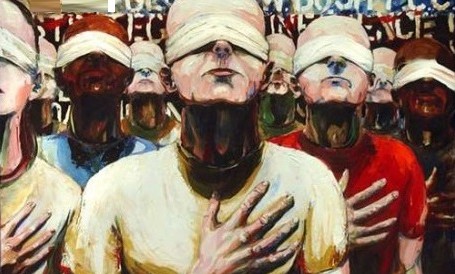 One could say that I live in a country-free bubble. I don’t really care about Jewish holidays, I don’t observe Jewish traditions, I don’t listen to Israeli music, I don’t watch Israeli TV (or any TV at all for that matter). I have my family, my friends, my job, my volunteering. I watch Game of Thrones, read non-fiction in English and prose in Russian, get most of my news from Facebook, listen to electronic music on the Internet. Almost none of it is connected specifically to Israel. If by some miracle my little world would have been uprooted and placed in a different country – say Netherlands, I wouldn’t miss most things that Israelis associate with Israel.

I often hear people say that I should love this country because it’s mine, because it’s the only one I have. But is it wrong to want to love a place because it’s a great place to live, and not because of some inherent essence it supposedly possesses or should posses – some “Israeliness”, “Jewishness” or “Dutchness” of it?

Politically, I’m not detached from what’s going on in Israel. Freedom, human rights, situation with minorities and refugees concern me, among other things, because I and my parents were immigrants ourselves. In recent elections I did what I could to promote a choice I deemed to be best for the country. But my political consciousness isn’t due to my proper Jewishness or Israelness, but because of my citizenship and seniority of living here for almost 25 years.

In recent years, people and politicians talk more and more about “strengthening the Jewish character of the state”. Many feel that this “Jewish character” is essential to country’s survival and prosperity. The recently proposed Nationality Law sought to define the country as Jewish first and only then democratic. It seems that more and more the public is ready to sacrifice Israel’s democracy, freedom and human rights responsibilities in order to ensure the country’s national character, even though nothing really threatens it. The appalling treatment of the African asylum seekers, who constitute less than 1% of the population is a good example of this. The Supreme Court of Israel has become the last line of defense against an onslaught of undemocratic legislation, that probably will only increase in the coming years. Is making the country “more Jewish” what we really need? Is this the country that Theodor Herzl envisioned?

There are many things I love about Israel. I love that I can wear a T-shirt in December, that I live 10 minutes from the beach (even if I don’t swim), that people are open and informal, that in the workplace authority is often questioned and hierarchy isn’t strict. I admire the Israeli ethos of pushing the limits, as evidenced in its startup culture and the love for backpacking. I love that people care about each other, that family ties are strong, that almost every place you go to is child-friendly. But I couldn’t care less about Jerusalem’s special place in the Jewish heart or the Bible’s wisdom. So do I love this country wrong?

Some say that Israel will always have wars, and no one would send his kids to a war unless his reason to live here is an ideological one. It used to be so, but this no longer holds true. In all the military conflicts of the last 25 years, the combined number of military casualties was comparable to the number of civilian casualties. It’s common knowledge that the age of the army vs. army wars in the Middle-East is over. The nature of conflict has become asymmetric – terror organizations such as Hamas and Hezbollah prefer to avoid direct confrontation with the technologically-superior Israeli army, and instead target the civilian population. In some cases the army was criticized that its soldiers were better protected against rocket fire than civilians. If the last 25 years are any indication, there is no more need to use the army service as an excuse for an ideological indoctrination.

Some people say that Israel is a place for Jews, and this is its only reason for existence. If it stops being that, we may as well all move to the US or Canada. Last year, Yair Lapid, the former finance minister said that remembering the Holocaust, he doesn’t have a patience for people that are willing to leave the country just because it’s more comfortable to live in a different one.

But what about people that happen to be Jews – that don’t see it as their mission to be Jewish, and whose living in Israel is a practical choice. Since the founding of Israel, three generations of Israelis were born and grew up here. Can we really call their living in Israel a matter of ideology? When your family, your childhood friends and your mother language are set by random circumstances of your birth, the choice to stay has more to do with the connection to people, convenience and inertia, than with ideology. And what about immigrants who came in waves to this country? Not all of them chose Israel because it’s the place for Jews – many came because it was a better country to live in, with higher living standards than their country of origin. Was their coming here wrong?

Should all these people leave, because they are not ideologically aligned? And more importantly, can Israel of the twenty-first century afford itself to rely on incidents of antisemitism and memories of the Holocaust to justify its existence? Can anyone really convince himself that Canada or Australia are not safe for Jews? And if not, maybe we should start thinking of a new mission statement for Israel, one that will not require a perpetuation of victimhood to be convincing.

In today’s world, where educated professionals are increasingly in dire need, developed countries and multicultural cities compete to attract talent. Educated Israelis, who are the most productive part of the population, have to be able to choose to stay in Israel because it’s one of the best places for them to live in, not out of guilt for betraying their homeland or an instilled fear of another Holocaust.

Many have sacrificed a lot to make Israel what it is today. But the challenge it faces these days isn’t of survival but rather of becoming a great country for its citizens. A country that respects our freedom of religion and freedom from religion. A country that is just for everyone, whatever color their skin may be. A country that promotes tolerance and co-existence, not ethnic nationalism. A country that earns our loyalty, not demands it.