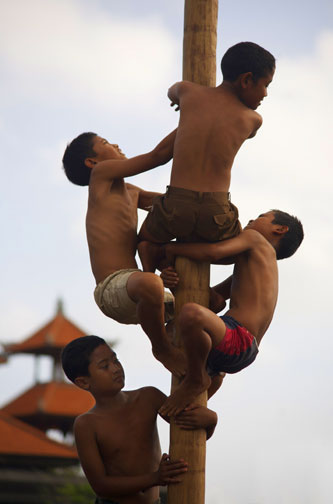 Recently I have been invited to participate in a panel of MBA graduates to discuss and share our experience during Global Strategic Management project (which I took last year) with fresh students. The project was supervised by Sid Amster, a remarkable American businessman , with phenomenal enthusiasm for sharing his experience with the students. Friendly, open and informal, he made sure that we felt that this was the most important course in the MBA.

During the project we were divided into groups, and each group was handed a real company with a real business challenge – be it penetrating new market, making a successful partnership, or finding a new way to monetize existing product.
The project involved a large amount of group effort – from doing an extensive research and contacting experts in the field (contacts that we graciously received from Sid), to preparing a hefty final report and a presentation.

As it turned out, the project was not only a great opportunity to meet a real business challenge, but not less importantly, it was a catalyzer of our group chemistry. When we started it, we were just 4 students sharing sympathy and common goals, but when we finished we were an organic and effectively-functioning mechanism, in which all parts contribute interdependently to create a symbiotic whole (pardon me for somewhat pompous metaphor 🙂 ).

When preparing for the panel, I started to think what really made us successful as a team. What was it that unleashed our creativity, and allowed us to become a “sharp team”, as Sid jokingly called us. What I have come up with, while being somewhat superficial, can help to shade a light on the reasons why some groups succeed, while others fail miserably, not only in creating a solid effort, but more significantly, in maintaining relationships.

Disclaimer: nothing of this was planned or thought about in advance. The analysis is in retrospect, so we shouldn’t be credited for being overly shrewd or perceptive , we were merely sensible and lucky.